EXCITING UPDATE November 1, 2022: The largest academic collaboration of its kind was announced last month, and it builds off this St. Baldrick’s supported work. The Broad Institute of MIT and Harvard, Dana-Farber Cancer Institute and St. Jude Children’s Research Hospital will collaborate to transform and accelerate the identification of vulnerabilities in pediatric cancers and translate them into better treatments.

Dr. Stegmaier said, “The Pediatric Cancer Dependency Map provided our community with a treasure trove of new data. However, the next critical step was to validate candidate gene targets emerging from this project. The St. Baldrick’s Foundation Robert J Arceci Innovation Award provided the critical funding for us to demonstrate the power of the Pediatric Cancer Dependency Map.

With St. Baldrick’s support, we validated new candidate therapeutic targets in childhood cancers, such as Ewing sarcoma and neuroblastoma, which have led to the launching of drug discovery efforts, and we have gained novel insights into the mechanistic underpinnings of these diseases.  We were able to show our community the power of the project. I think we are just at the tip of the iceberg.  We are all very excited about the promise of what is to come through this new large-scale collaboration.”

We are excited to see the impact this collaboration has in helping to conquer childhood cancer.

What was once just a concept is now a reality: Precision pediatric cancer care to improve treatment.

Researchers can now sequence all the genes in the genome in an individual patient’s cancer to find gene changes or targets, and then in some cases, identify drugs that match those targets to improve treatment. (A genome includes all the genes in a cell, in this case, a cancer cell.)

This has absolutely transformed how doctors treat children with cancer in some cases. 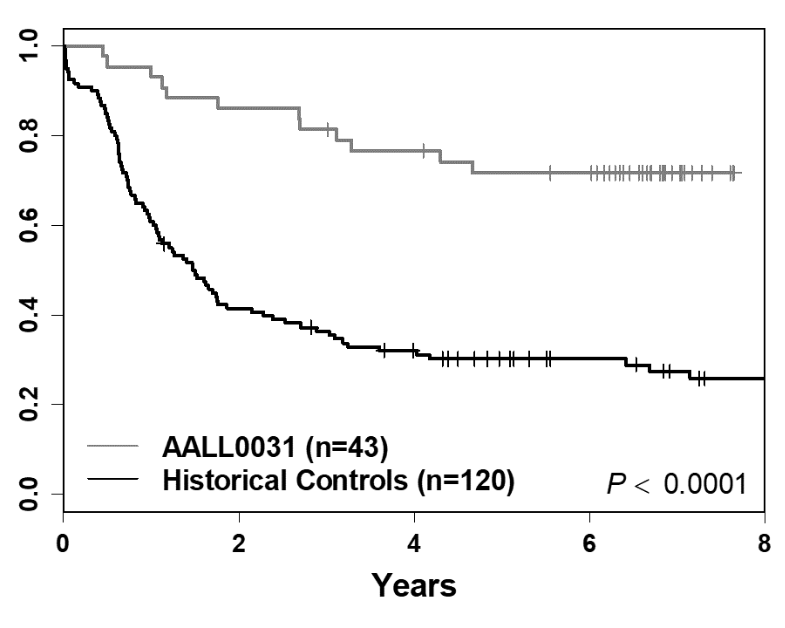 For example, this graph shows improvement in survival rates for a high-risk type of Acute Lymphoblastic Leukemia (ALL) with a specific gene change. Initially, the outcomes were poor, around 40% overall survival (bottom line). After understanding the genetic changes in this type of ALL, doctors were able to add the targeted drug, Imatinib, to treatments and the cure rates are closer to 80% (top line).

Several years ago, there was a significant effort to develop precision medicine trials for kids with solid tumors. “I was getting frustrated because there wasn’t a similar effort for high-risk pediatric leukemia,” says Dr. Stegmaier. So, she had the idea to form a consortium of institutions called the Pediatric LEAP (LEukemiA Precision-based therapy) Consortium. 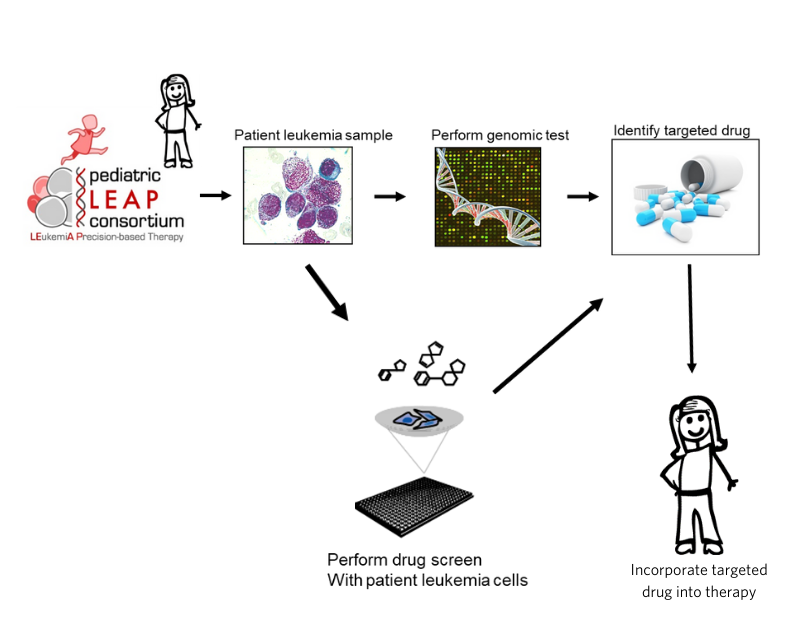 The goal was to access patients’ leukemia samples, screen them for gene mutations, perform a drug screen to identify targeted drugs and incorporate targeted drugs into therapy for children with leukemia that were not responding to standard treatments.

“We were very excited about this project, but until we received generous funding support from the St. Baldrick’s Foundation through a Consortium Research Grant, we really couldn’t do it.”

St. Baldrick’s Foundation supporters were able to help take this from an idea to a reality.

Upon receiving support, the Pediatric LEAP Consortium rapidly grew from 6 institutions to 15, giving access to precision medicine and experts to interpret individual patients’ results to 250 patients with high-risk relapsed/refractory leukemia.

And more patients continue to be enrolled.

“We are learning more about the mutations in leukemia and potentially how to target them. In some cases, we are having a direct impact on patients enrolled on the study.”

One patient had undergone four standard treatment protocols, only for their cancer to return each time. After enrolling in the LEAP trial, the LEAP team was able to identify a specific gene change and, as a result, added a targeted drug to the chemotherapy treatment. Almost three years later, this child is still in complete remission. “This was completely life-saving for this child,” she recalled.

It’s like magic when doctors can find a genetic change and an existing drug can target it. But it’s not always that easy.

She co-leads the Pediatric Cancer Dependency Map, part of the larger Cancer Dependency Map project led by the Broad Institute, focused largely on adult diseases. This map is based on the idea that researchers can take different types of cancers and profile the genetic features in the lab and then perturb those cancer cells either with genetic or chemical approaches. This data can be used to generate new therapeutic hypotheses.

In the Pediatric Cancer Dependency Map, Dr. Stegmaier’s lab collaboratively with researchers at the Broad Institute, uses the gene-editing technology CRISPR/Cas9 to one-by-one delete each gene in the pediatric cancer cells.

“We have performed genome-scale CRISPR/Cas9 screening in over 100 cancer models and built the Pediatric Cancer Dependency Map. It is publicly available, and we know that pharmaceutical companies and the academic research community are using this data to prioritize new drug targets,” said Dr. Stegmaier. In some cases, they were very lucky, and the targets that came out of the analysis already had inhibitory drugs, leading to several clinical trials. 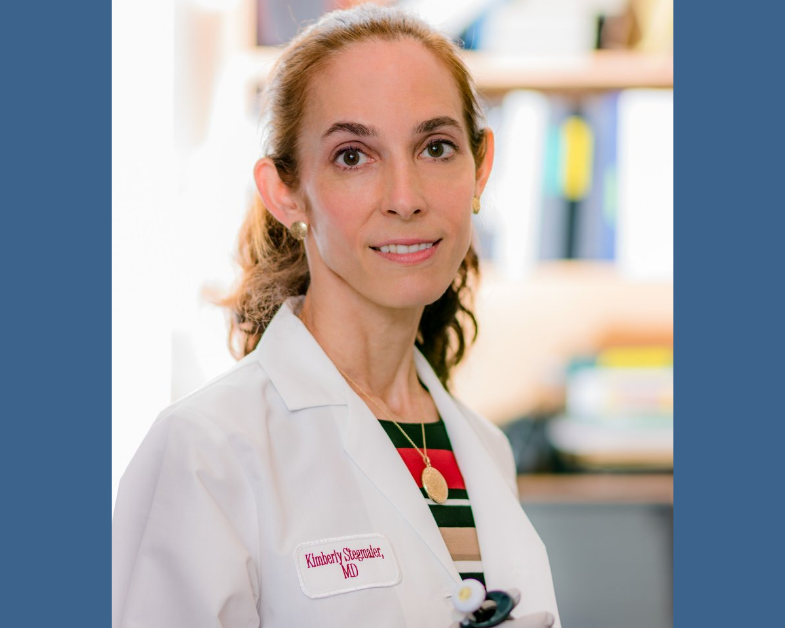