‘This is Survival’: An Update on Chase

Four years ago, Chase’s doctors found an extremely rare type of brain tumor. Today, Chase is officially a childhood cancer survivor — but, as his mom Ellie explains, his journey is far from over. Read on to find out why being a survivor isn’t the end of the road for Chase and his family. 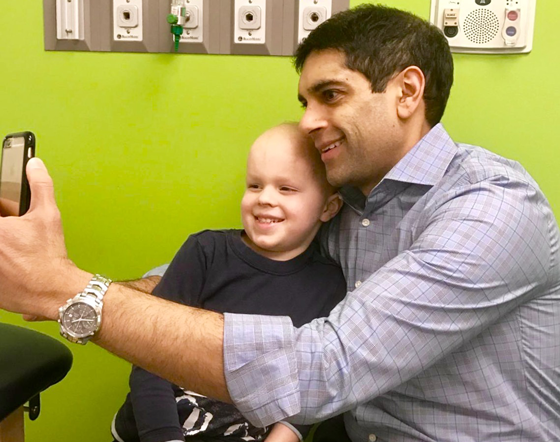 Chase and Dr. Lulla pose for a selfie during his final visit.

“Wait, this is it?” I found myself staring incredulously at my son’s beloved neuro-oncologist.

His smile was immediate.

Our short conversation seemed to make the long-discussed concept a reality — this would be Chase’s last appointment with his Dr. Lulla.

Chase is now officially considered a “survivor” of his cancer.

BLOG: The Good, the Bad, and the Same: Chase’s MRI Results >

Even if he were to stop breathing tomorrow, he’d still be considered a survivor simply because he has outlived many — too many — of those who hear a diagnosis of “ATRT” spoken over their trauma. 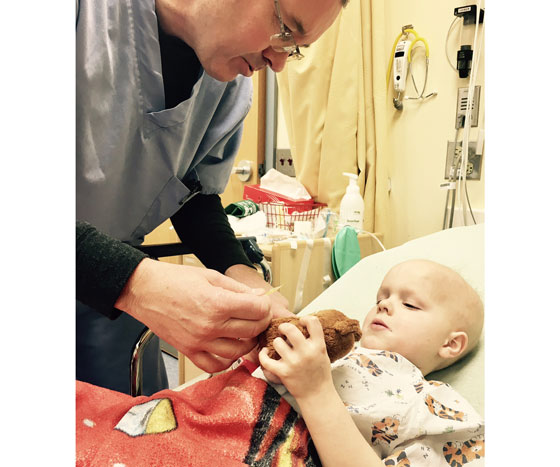 Chase getting prepped for his MRI.

The ongoing struggle is equally cancer-fueled, and maybe even more treatment-focused.

This is the nature of treatment in our era — it cannot heal without hurting too.

And so now, the war wounds are tallied and survival is proclaimed.

But when I look at Chase’s appointment calendar, it quickly belies the idea that survival means moving on, free of the doctors, nurses, and appointments.

Despite the move to the STAR (Survivors Take Action and Responsibility) clinic, Chase will still have a fully loaded neuro-oncology team who specialize in quality of life, recurrence, and secondary concerns.

He has an eye team to monitor the radiation-induced cataracts, vision loss, and the overall deterioration of his sight.

He has an otolaryngologist to monitor his ears, and quarterly hearing tests to monitor deterioration of high and low frequencies.

He has a yearly echocardiogram to monitor the chambers and strength of his heart, which will always be threatened by his days of chemotherapy.

He has a neurology team to watch for potential seizures and check his medication doses, as well as emergency plans for his school staff and bus drivers. 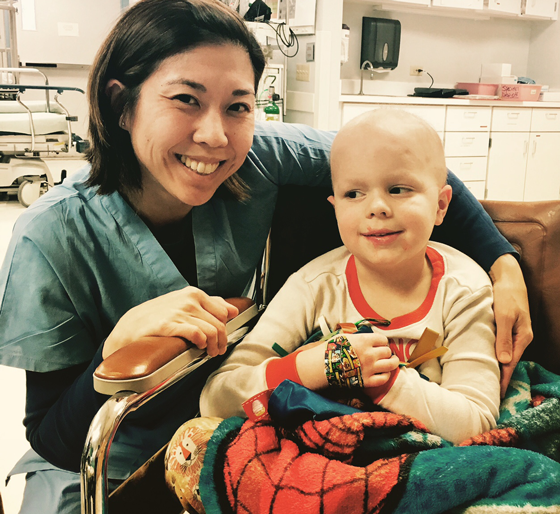 Chase and Nurse Jessica smiling for the camera after Chase’s MRI.

He has a social worker, a neuropsychologist, and a behavior specialty team to help deal with brain damage-induced emotional issues.

He is followed and helped in school by extra aids, speech, occupational, and even physical therapists.

BLOG: Speak Up for Kids’ Cancer: Tell Congress to Support the STAR Act >

On March 2, Chase will be admitted to the hospital to undergo several hours of rigorous testing, proving what the doctors already suspect — that tumor and treatment damages have disabled his body and endocrine system from growing the way they’re supposed to.

Should the test prove the suspicions, Chase will move forward on a treatment path with growth hormone therapy (and take on the therapy’s substantial risks) — trying to help his body to do something it is no longer capable of doing on its own. 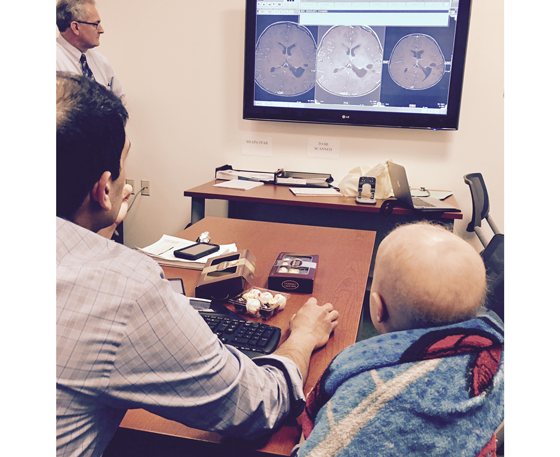 Take a moment to consider the impact of this clinical list on a living, breathing child.

Perhaps the term “child” is as much in question as the word “survivor,” for surely what they’ve seen and experienced has made them old souls, matured far beyond their short years.

This is why I support St. Baldrick’s. We cannot change Chase’s outcomes or story (miraculous as it is), but together, as we advocate and fund better research and safer treatments, the laundry list for those who still breathe might someday shorten.

Our sweet, tiny, and bald old souls may once again know joy in both the words “child” and “survivor.”

Until then, we continue to live moment by moment.