The Lucky Ones: Our Family’s Journey With ATRT

At 6 years old, Issy has twice fought — and survived — one of the deadliest types of childhood cancer. As his mom, Lori, explains, his survival has come at a cost. 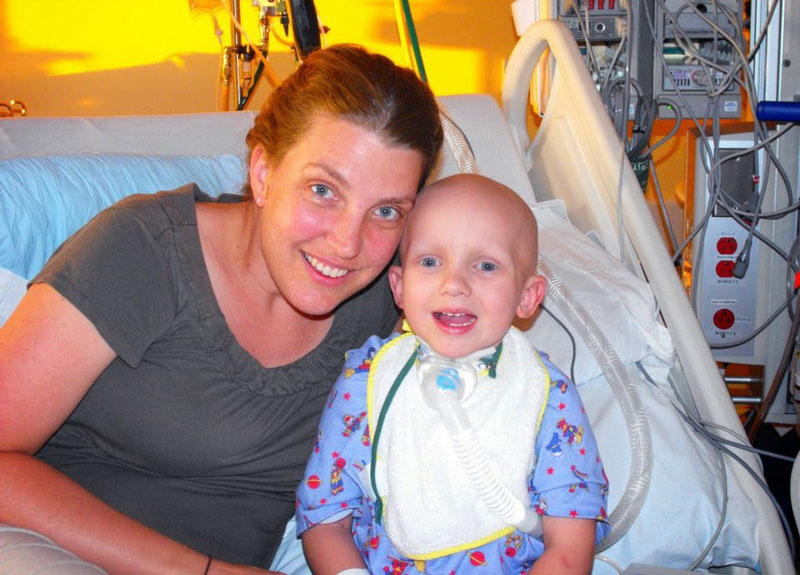 Lori with her son, Issy, while he was in treatment for a brain tumor.

Our story of childhood cancer began when our son, Issy, was 6 months old and did not successfully learn to eat solid foods. This “food aversion” followed us around to doctor visits and hospital admissions for the next seven months, until someone finally ordered an MRI. His original diagnosis of failure to thrive was corrected to brain tumor.

Childhood cancer entered our life that quickly when he was 13 months old. Five years later, I have finally accepted it will never leave. 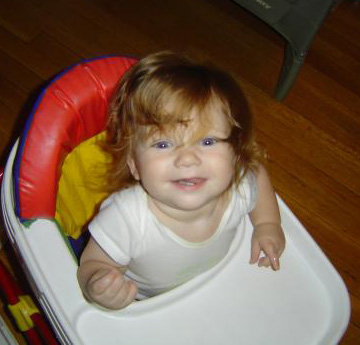 Issy at 6 months old, before he was diagnosed with a brain tumor.

Issy’s tumor, an atypical teratoid rhabdoid tumor, or ATRT, was located on the brain stem. The surgery took 13 hours and the tumor was 98% removed. A huge success, in that moment.

A challenging truth about cancer is that it is full of moments, back to back. One moment, you’re ecstatic because your child’s tumor has been removed successfully. The next, you collapse against a family member because he’s intubated, has a drain in the back of his skull, and cannot be held for nine days.

We, however, are some of the lucky ones.

When Issy was 2 years old and after 10 months of treatment that included brain surgery, chemo, and radiation, our son was discharged from the hospital. He was discharged with a tracheostomy and a paralyzed vocal cord resulting in his inability to speak, chronic lung disease, severely weakened balance and an inability to walk, and damage to his right eye.

But he was discharged. A horrifyingly large number of children do not survive treatment.

Issy during treatment for ATRT.

Once home, our lives were upended. Tracheostomy patients need around-the-clock care, so one of us had to be home with Issy at all times.

We also lived our lives in three-month increments following Issy’s routine MRIs. If the MRI was clear, we were good for the next three months.

In this way, we survived and successfully “passed” the two-year marker of reccurrence. (Children with ATRT are most likely to relapse within two years of ending treatment.) At that time, we believed a child was generally considered “home free” if no evidence of disease was seen on MRIs for those first two years.

That, however, is just not true.

At two years and three months posttreatment, Issy, then 4, was found to have tumor recurrence in his lower spine. We just never expected this.

We were given the options of palliative care, seven weeks of radiation, or a full year of full treatment. We decided on the full year of treatment because, if we lost Issy, I don’t know if I could have accepted that we hadn’t tried everything.

I’m not sure how to explain what hospital life, for a year, is like for a 4-year-old. A poignant memory was when we Skyped his preschool class. He giggled and then cried as his classmates yelled out his name and asked when he would be back. We never Skyped again.

I knew his classmates would finish the school year, enjoy summer vacation, and begin again, long before Issy was ever discharged. I wanted Issy connected to life, but it couldn’t be his old life; it was too painful.

And again, through this all, we knew we were lucky. We still had Issy.

Issy’s last day of chemo was the day before his fifth birthday. He’s now 6 ½ and doing well.

He has significant speech delays, but he speaks. He has hearing loss, but he uses hearing aids. He has poor balance, but he walks and even runs (or speed walks, really). 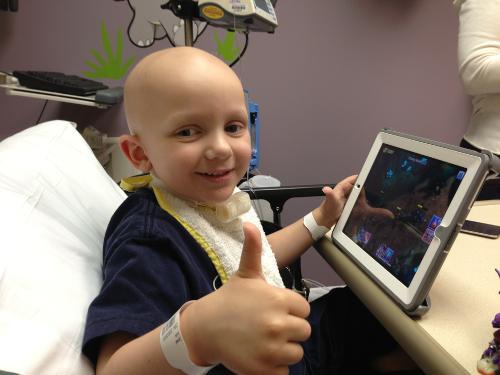 Issy on his last day of chemo.

Thankfully, Issy is very matter-of-fact about his cancer (“I had tumors”) and doesn’t yet realize the significance of pediatric brain cancer, and ATRT specifically. I do, though.

I know children die. I know too many children who have died. And every day I fear I will outlive my beautiful son.

Will he go to high school? Will he have another relapse? Will he experience prom? Will he have secondary cancer from his treatment? Will he have the time to fall in love and marry? Will his quality of life decrease due to two full-length ATRT treatment protocols? Will he ever have children?

And the ridiculously crazy, blows-my-mind truth is that we are the lucky ones.

No families should have to live with the scars of childhood cancer. Fund research for better, safer cures for all kids with cancer.

Give to Research
Read more about ATRT:
ATRT