St. Baldrick’s Scholar Dr. Oren Becher is working to decrypt one of the most deadly and least understood childhood cancers — DIPG, or diffuse intrinsic pontine glioma. Thanks to diligent and brilliant work in the labs of research greats and a boost from St. Baldrick’s, Dr. Becher now has his own lab and his own team team dedicated to DIPG research. Together they’re determined to make a difference for kids with this currently incurable brain cancer. 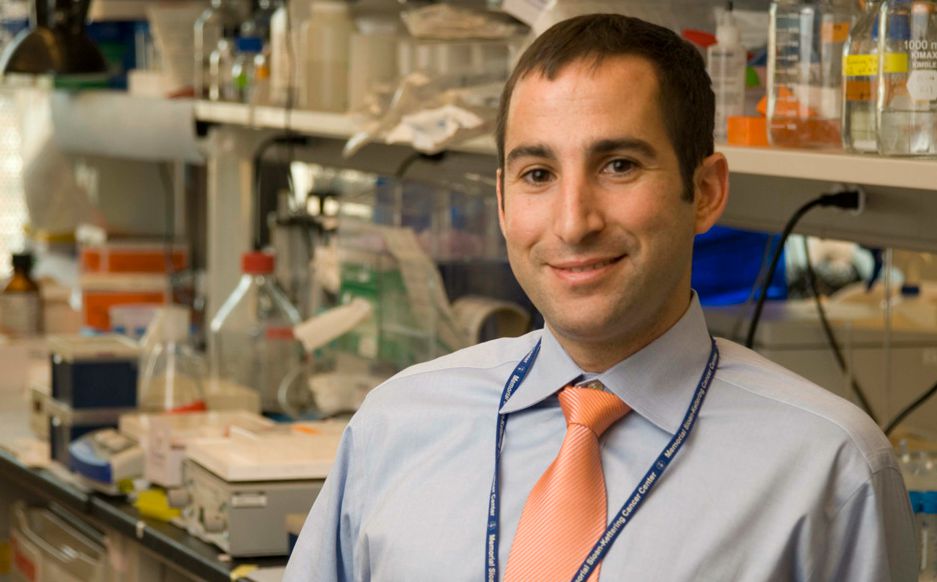 Dr. Oren Becher recently moved to his own lab, where he studies DIPG in an effort to find a treatment for the deadly brain cancer.

As a pediatric oncologist specializing in brain tumors, Dr. Becher sees kids with DIPG, a type of brain cancer which no child has ever survived. He’s determined to change that.

“When I was seeing patients, it was very clear that DIPG was one of those tumors where nobody’s made any progress since the 1970s,” he said. “Nobody seemed to study it at all, and all the trials were drug X plus radiation without any science driving the research.”

For Dr. Becher, the key to fighting DIPG is in examining the smallest building blocks of the tumor itself. When he started in medicine, the study of cancer’s DNA was just heating up, he said.

“At the time there was a revolution in cancer genomics where we were discovering that every cancer has these really exciting genetic alterations, but nobody actually looked at DIPG,” he explained. “There were no models for DIPG.”

So, he created a genetic model of DIPG in 2010 with funding from a St. Baldrick’s Scholar award.

Since then, and thanks in part to the St. Baldrick’s grant, Dr. Becher has now graduated to his own lab, working with a five-person team to find answers to DIPG using the model he developed.

With help from further funding from St. Baldrick’s, he and his team are working on a strategy to overcome the blood-brain barrier, which is the primary challenge in getting drugs to work on DIPG tumors. For decades, radiation has been the only treatment for DIPG. But it is not a cure — it simply slows the tumor down.

“The honest truth is we still don’t know how to cure it,” he said. “But the science has moved forward and I do believe that hopefully within the next three years we can have a clinical trial that can actually work, based on real science.”

Read about Maddy, an inspirational 9-year-old who was diagnosed with DIPG >

Alongside working on the blood-brain barrier challenge, Dr. Becher’s team is also constantly tweaking the model and examining how genes and mutations influence the cancer’s aggressiveness.

“The ultimate goal is to understand it and to find a way to actually help the children, which I think is the harder work,” Dr. Becher said. “You can discover the genes, but how do you successfully target those genes therapeutically to help the children? I think that’s key.”

Funding for DIPG is sparse, especially federal funding, where there is only one grant available to researchers working on the cancer, Dr. Becher explained. That’s why St. Baldrick’s is essential, and why the support was so important to him as a new investigator.

“It was really critical. I can’t thank St. Baldrick’s enough,” he said. “It was just really nice to have this full support from the foundation at a critical, critical stage.”