Scientists might have found a way to starve off cancer cells in some pediatric brain tumors. Help support childhood cancer research like this by donating today. 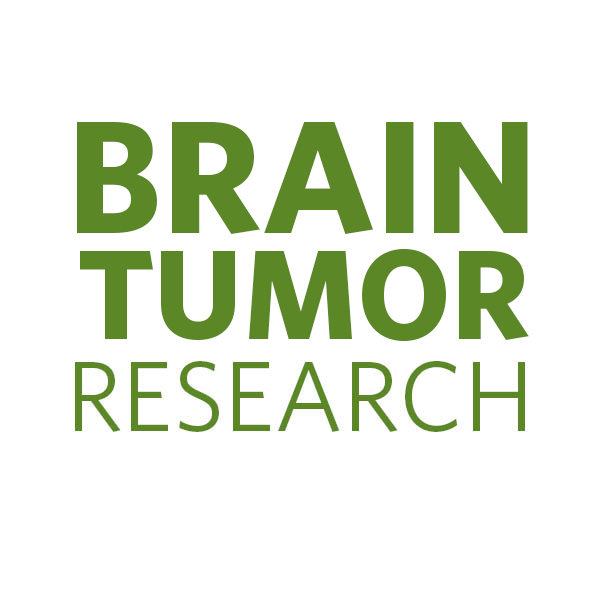 Previous studies have shown that a particular signaling pathway, mammalian target of rapamycin (mTOR), is turned on in low-grade gliomas. Scientists don’t know exactly how it gets turned on, according to Eric Raabe, M.D., Ph.D., assistant professor of pediatric oncology at the Johns Hopkins University School of Medicine and a St. Baldrick’s Scholar. “It’s not just a mutation in one particular gene. There might be four or five different genes that could be mutated individually that would then lead to this pathway being turned on, and it might be different in different tumors,” he explained.

So we can’t stop the pathway from being turned on — at least not at this point. But we might be able to stop it from working, as Dr. Raabe and his team have shown in a study published in the December issue of the journal Neuro-Oncology.

Pediatric low-grade gliomas are the most common group of brain tumors occurring in children. The name encompasses several central nervous system tumors, including pilocytic astrocytoma, the type of tumor that affects 2013 Ambassador Avery.

These tumors are slow growing and tend to be formed as a cohesive mass. Typically, the first line of treatment is surgery to remove as much of the tumor as possible. Unlike high-grade gliomas, the tumors aren’t infiltrating much into other parts of the brain, so surgery is often successful in removing a good portion — or all — of the tumor. Chemotherapy is then used to treat the rest of the tumor, usually with good results. 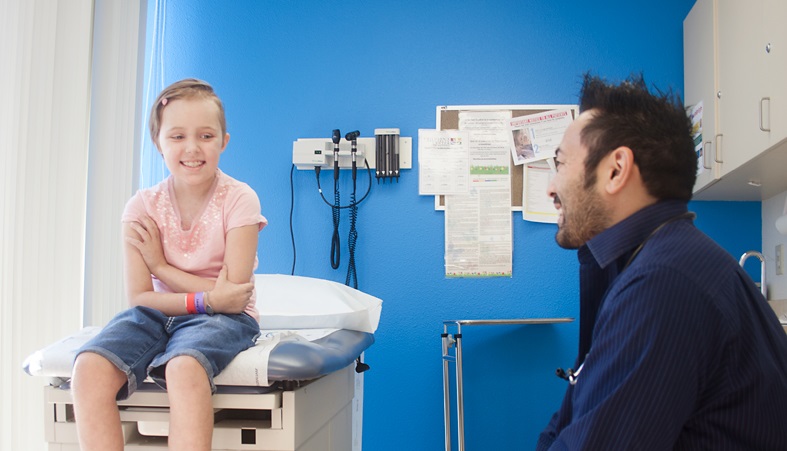 Avery was diagnosed with pilocytic astrocytoma when she was 8. Photo by Melissa Jacks

But sometimes the tumor can’t be removed with surgery because it might be located near important blood vessels or nerves. And others times, the tumor comes back after it has been surgically removed and fails to respond to traditional chemotherapy. These are the cases that Dr. Raabe and his team are especially interested in.

“Our lab group has had a long interest in studying low-grade glioma and trying to figure out what drives it and what, in particular, drives the ones that are acting a little more aggressively or are refractory to therapy. Those aggressive tumors are the genesis of this study,” he said.

Dr. Raabe and senior co-author Fausto Rodriguez, M.D., analyzed 177 tissue samples of pediatric low-grade gliomas and found mTOR to be highly active in the samples, confirming what previous studies had shown. They then treated two cell lines with ridaforolimus, a known mTOR inhibitor that has been used in clinical trials for adult cancers. 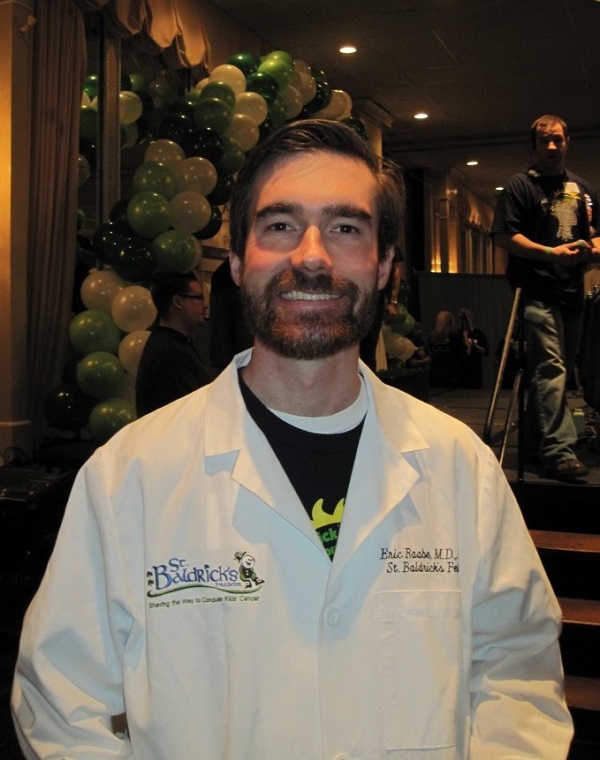 Dr. Raabe, a former shavee, at a St. Baldrick’s event.

In one of the cell lines, they observed a 73% decrease in cell growth over six days. But while the drug still showed activity in the other cell line, it was not as effective.

“Only one of the two cell lines really responded very well to the drug, which tells us that this particular drug may not be the homerun that we’re looking for,” Dr. Raabe said.

Upon closer examination, they found that ridaforolimus was only blocking one half of the mTOR pathway. That was enough to starve off the cancer cells in one cell line, but in the other, it actually led to an increase in the other half of the pathway’s activity, allowing more of the cells to proliferate.

Ridaforolimus served as what Dr. Raabe calls a “test drug” — a drug that can be used to prove the principle of their theory, but that probably won’t be used in patients.

“We think that this drug has been very useful for now,” Dr. Raabe said. “It sets up the next study which we’re currently working on where we’re going to use a different class of drug that actually blocks both parts of the pathway at the same time.”

In the meantime, he added, there are other clinical trials being developed that will target mTOR in pediatric low-grade gliomas using a drug similar to ridaforolimus. 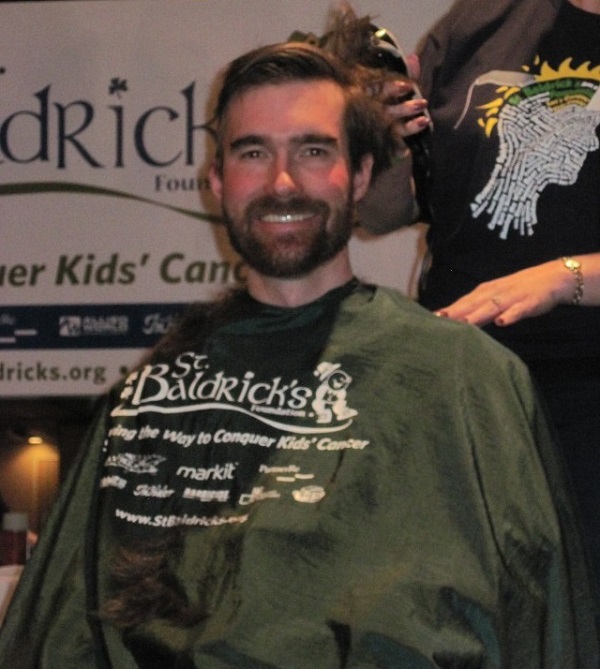 Dr. Raabe getting his head shaved at a St. Baldrick’s event.

Multiple other pediatric and adult cancers have been shown to have mTOR activity, so Dr. Raabe’s research could also be useful in developing new therapies for other types of cancer, including high-grade gliomas. Pediatric high-grade gliomas — including anaplastic astrocytoma, glioblastoma, and diffuse intrinsic pontine glioma (DIPG) — remain some the most deadly childhood cancers.

“There are mutations in pediatric high-grade gliomas that directly turn on mTOR, so there are a lot of people that are interested in targeting mTOR in high-grade glioma as well,” Dr. Raabe said. “I think it definitely has implications for therapy there.”

Dr. Raabe, a St. Baldrick’s shavee, wants St. Baldrick’s donors and volunteers to know that their efforts are much appreciated, and they are crucial to advancing research and bringing us closer to finding a cure for kids’ cancer.

“It takes a good bit of funding and a good bit of energy to try to get breakthroughs — or even small discoveries — across the finish line, published, and disseminated,” Dr. Raabe said. “Especially at these times when the federal government is having their own budget issues and pediatric cancer is not a priority, without St. Baldrick’s and other funders, we would not be able to be doing the research we’ve been doing.”