This July, St. Baldrick’s Advocate of the Month is Diana Toohey, the mom of Honored Kid Ethan. From his mom’s advocacy on Capitol Hill to the $325,000 raised in Ethan’s honor by his local St. Baldrick’s events, his story has made a big impact. Read on to learn why Ethan is such a huge inspiration to so many people, including his mom, and why she speaks up for kids’ cancer research in his honor. 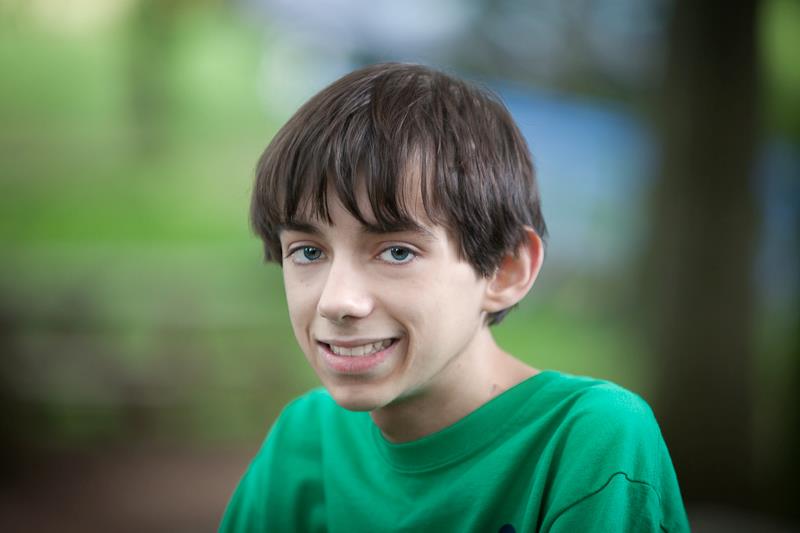 Ethan smiles while wearing his favorite green shirt, which was emblazoned with the words, “Team 2E” in honor of Ethan and his family. Kids at his high school wore the shirts at a fundraiser in Ethan’s honor on the day he died.

Diana Toohey travels to Washington, D.C., for Childhood Cancer Action Days, she calls and emails her legislators, and speaks up for kids’ cancer research whenever she can. She does all of this so kids with cancer get the treatments and cures they need to survive.

But there’s another reason she makes those phone calls and knocks on those doors.

Ethan died six years ago, after a long fight with childhood cancer. It’s rare for people to mention him, Diana said. She figured that people think talking about Ethan makes her sad. But it’s the opposite.

“It’s actually more of a comfort, because as a parent you worry about them. You don’t want anybody to forget them. So, if people do talk about them, it makes you happy. It’s like, OK, he made an impact on them. They remember him,” she said. “That’s one of the main reasons I advocate. I get to share his story and hopefully influence some legislators by sharing his story.” 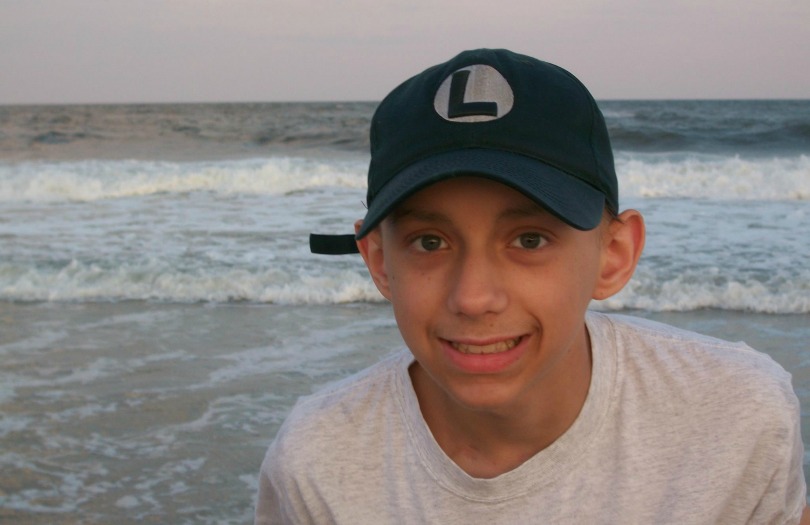 Ethan was diagnosed with desmoplastic small round cell tumor, or DSRCT, just before his 10th birthday. The cancer was found during a surgery for what doctors thought was a hernia.

In April 2006, Ethan was diagnosed with desmoplastic small round cell tumor, a rare and aggressive cancer that first surfaced in his abdomen and pelvis. He was 9 years old.

“He didn’t feel as bad as he was,” Diana said. “We had to tell him information in bits and pieces, because Ethan had this way about him where if we were telling him too much or he didn’t want to talk about it anymore, he would just put his hands up on either side of his face and shake his hands, like, ‘That’s enough, I’m done for now.’”

Ethan made that same gesture many times over the next five years. There was a lot of information for him to digest and with no set treatment path for his disease, there were countless tough decisions for his family to make. Radiation or no radiation? Opt for surgery to remove a tumor near his aorta or avoid the risk? Remove his tumor-riddled bladder or try something else?

The odds were long and the treatment options for the rare cancer were scarce, but Ethan and his family never stopped fighting. He participated in multiple clinical trials, including one where doctors removed the tumors during surgery and then bathed his open abdomen in warm chemotherapy to kill any remaining cancer. Though he stabilized at points, the teen was never off treatment. 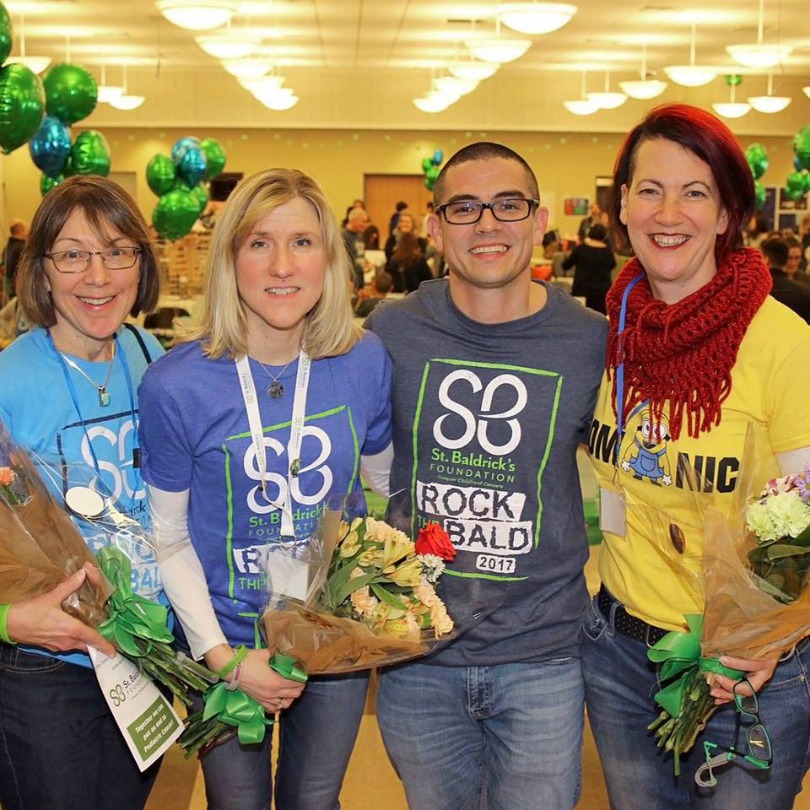 During all of it, he made it a priority to go to school. He loved math and science. Ethan wanted to go to Princeton and become an engineer.

“He didn’t like being late to school,” Diana said. “We would schedule all his appointments for first thing in the morning and we would be there before the doctors got there, because he wanted to go, get his appointment done and get back and go to school.”

Eventually, in the spring of 2011, doctors found a tumor in his chest. It was pushing on his trachea. They inserted stents into his windpipe to help him breathe and then irradiated the tumor. It shrunk, but Ethan started to sporadically vomit blood.

One day he was vomiting and in so much pain that his family took him to the ER.

“I remember standing outside his room in the Emergency Room. My husband and I were standing there and there were like two doctors and four nurses there and they were having trouble getting an IV line in,” she recalled. “I was just like, ‘We’re not doing this anymore. We’re done.’ I was at the point where I’m like, ‘They’re just torturing him now. We just have to stop.’”

They took him home on September 11, 2011. Just three days later, Ethan passed away. 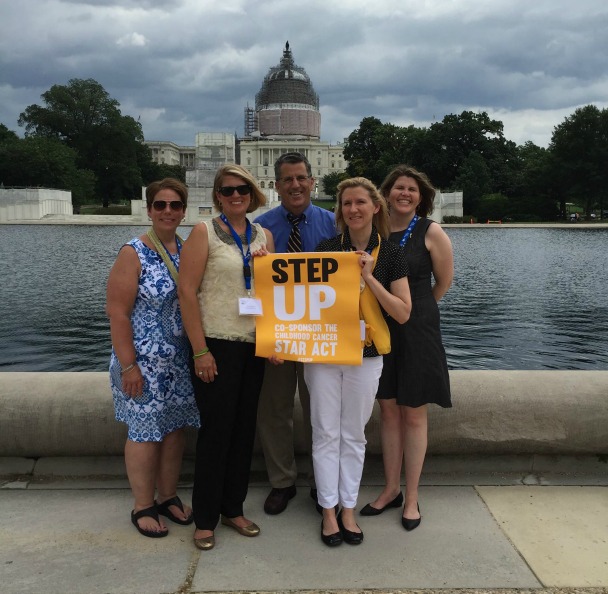 Diana distinctly remembers her first time on Capitol Hill in 2012. She said, “I was flying high. I was exhausted, but I had so much energy and I was so inspired.”  From left to right: St. Baldrick’s Senior Director of Distinguished Giving Susan Heard, Board Member Amy Bucher, Children’s Oncology Group Chair Dr. Peter Adamson, Diana, and Director of Hero Funds and Memorials Kelly Forebaugh.

Diana isn’t sure how Ethan would react to her advocacy efforts. She thinks he wouldn’t be the biggest cheerleader. Instead, 15-year-old Ethan would have blushed with embarrassment.

But 21-year-old Ethan? What would his reaction be to his mom’s hard work? To the calls and emails to legislators? To her speaking up for kids’ cancer research?

Diana can only imagine.

Honor Ethan by getting involved and speaking up for childhood cancer research. Take action today.