Research Outcomes: Next in a Series

In August of 2019, we blogged about several research outcomes that were fueled by St. Baldrick’s donations and published in scientific journals so that other researchers can build upon them. Research publications are a major way that science moves forward.

With more than 200 new publications a year resulting from research supported by St. Baldrick’s, we’ve decided to make this an occasional series, to highlight some of the most interesting outcomes you’ve made possible. 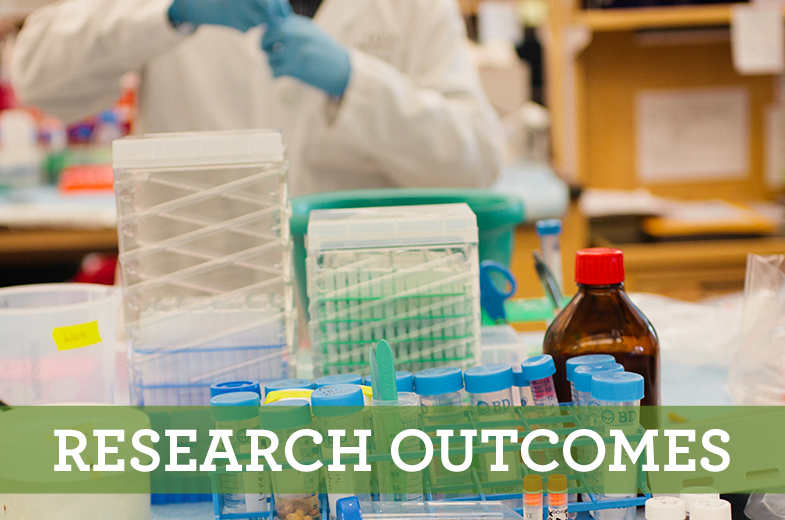 The scientific journal Pediatric Neurosurgery published the findings of Dr. Peter de Blank and his colleagues in August. This manuscript is the first to explore the benefits of magnetic resonance fingerprinting (MRF) for children and young adults. Measurements from MRF were able to distinguish tumor tissue from healthy tissue and tell the difference between high- and low-grade (more and less aggressive) tumors. If larger studies confirm these results, MRF may be particularly useful in pediatric brain tumors, helping diagnose tumors rapidly and reducing the need for sedation in some children. Dr. de Blank recently completed a five-year St. Baldrick’s Scholar award at Cincinnati Children’s Hospital Medical Center.

An article published in the Journal of Clinical Oncology reported that reducing therapy for subsets of intermediate-risk neuroblastoma patients can be achieved without reducing excellent survival rates. This was the result of a Children’s Oncology Group (COG) clinical trial, for which St. Baldrick’s is the primary non-government supporter. The study was led by Dr. Sue Cohn, currently chair of the Scientific Advisory Committee for St. Baldrick’s, and Dr. John Maris, co-leader of the St. Baldrick’s – Stand Up to Cancer Dream Team.*

Neuroblastoma, the most common form of cancer in infants, develops in the immature nerve cells found in several areas of the body. It has a wide range of clinical behavior, so patients are diagnosed as low-, intermediate- or high-risk, using biomarkers, according to the predicted risk of relapse. This study used a biology- and response-based algorithm to determine treatment for a subset of intermediate-risk patients and maintained a three-year overall survival rate of more than 95%. More effective treatment strategies are still needed for infants with unfavorable biology stage four disease.

The scientific journal Nature Medicine published an article by St. Baldrick’s Scholar Dr. Robbie Majzner and Dr. Crystal Mackall, both of Stanford, titled “Clinical lessons learned from the first leg of the CAR T cell journey.” Dr. Mackall is co-leader of the St. Baldrick’s – Stand Up to Cancer Dream Team, which helped push the first gene therapy in the U. S. across the finish line for FDA approval.*

“Chimeric antigen receptor (CAR) T cell therapy for B cell malignancies has surpassed expectations, driving an ever-expanding number of clinical trials and the first US Food and Drug Administration approvals of cell therapies for the treatment of cancer,” begins the abstract of the article. B cells are a type of immune system cell, and B cell malignancies include some leukemias and most non-Hodgkin lymphomas.

This article reviews the clinical experience with CAR T cells to date, considering factors including efficacy, resistance and major barriers to success. The authors also discuss how these insights are driving next-generation clinical trials, including those for solid tumors.

Predicting Which Wilms Tumors Will Relapse

In a study published in the Journal of Clinical Investigation Insight, Dr. Alex Kentsis reports that he and colleagues at Memorial Sloan Kettering Cancer Institute have discovered that the level of a protein called prohibitin, found in the urine and tumors of Wilms tumor patients, can indicate the likelihood that this cancer will relapse.

Wilms tumor is the most common type of kidney cancer found in children.  While almost 90% of children with Wilms tumor can be cured by surgery, chemotherapy and radiation, if the disease is aggressive and returns after therapy, it is much more difficult to treat.

“This biomarker will help us know ahead of time those children for whom standard therapy should cure Wilms tumor and those for whom improved treatments are needed,” Dr. Kentsis says. “We also discovered how prohibitin causes treatment resistance, which should help in developing drugs to block this effect in Wilms tumor and other refractory cancers, many of which overexpress prohibitin.” Dr. Kentsis is a recipient of the prestigious St. Baldrick’s Robert J. Arceci Innovation Award.