With your continued support, pediatric cancer researchers are making discoveries to help improve treatment and provide hope for more cures. Five examples of research outcomes you’ve made possible are detailed below: 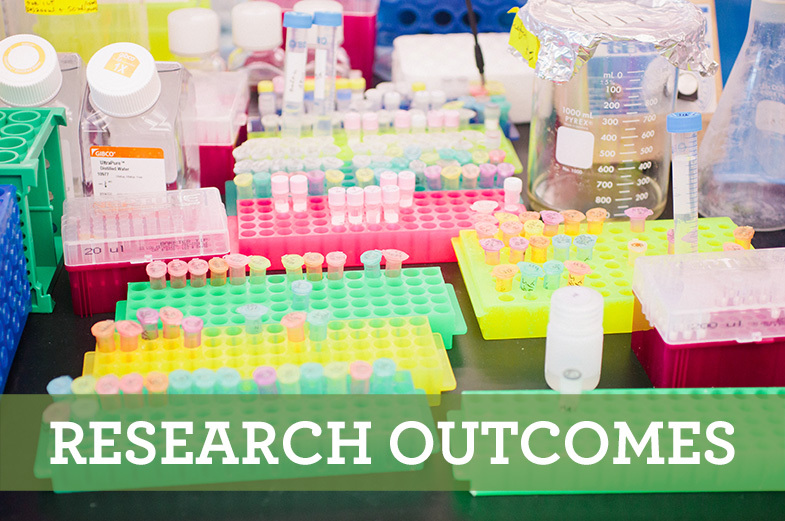 As published in the New England Journal of Medicine, Dr. Friedman and colleagues delivered a viral immunotherapy (an engineered herpes virus) directly into the tumor of children with brain tumors.

“The key findings thus far are that the approach is safe and well tolerable, and the preliminary evidence of efficacy is promising,” said Dr. Friedman.

The overall survival rate of patients treated was more than double the typical survival rate for children with high-grade-glioma. The next steps are to determine the ideal timing to treat patients and what therapies can be used along with viral immunotherapy to maximize the anti-tumor immune response.

A study published in Science Advances looked at why some neuroblastomas are easy to treat while others have relatively low five-year survival rates.

The researchers, including Dr. Sam Behjati, discovered that all neuroblastomas come from a single type of developmental cell called sympathoblasts, which makes sympathoblasts an attractive drug target. Sympathoblasts are not normally found in children after they are born, which leads to hope that less intrusive therapies targeting these cells can be developed.

Another in a steady stream of discoveries from the St. Baldrick’s Foundation-Stand Up to Cancer Pediatric Cancer Dream Team was published in the Journal of Clinical Oncology. Researchers discovered that pediatric cancer patients who receive CAR T-cell immunotherapy for ALL suffer fewer relapses and are more likely to survive when treatment is paired with a subsequent stem cell transplant.

Initially CAR T-cell therapy results in complete remission in 60%-100% of patients, but relapse rate are high. However, when combined with a stem cell transplant after CAR therapy, the relapse rate was less than 10% two years later.

Previous St. Baldrick’s Scholar, Dr. Daniel ‘Trey’ Lee was part of the study and says, “We should do all we can to maximize the chance for a cure, and right now that means a transplant after CAR therapy for most.”

Another study, recently published in the journal Blood, identified factors to help predict and better manage the risk of central nervous system (CNS) relapse in ALL patients worldwide.

In this study out of China the five-year, overall survival rate showed a dramatic improvement from previous clinical trials, but CNS relapse risk remains.

Recently published in Nature Communications, St. Baldrick’s Scholar Dr. George-Lucian Moldovan, says, “PARPi resistance is broadly relevant for the clinical deployment of these drugs to treat pediatric cancers. This includes the EWS translocation in Ewing sarcoma, the IDH1/2 mutations in gliomas, and the MYCN overexpression in neuroblastomas.”

The lab will continue to explore these mechanisms to develop therapeutics that might prevent cancers from occurring and make cancer cells more susceptible to treatment.