Editor’s Note: Last August, we began a series of blog posts on the outcomes of research that you, our donors, help to fund. Becky Chapman Weaver, Chief Mission Officer, St. Baldrick’s Foundation, provides us with an update. 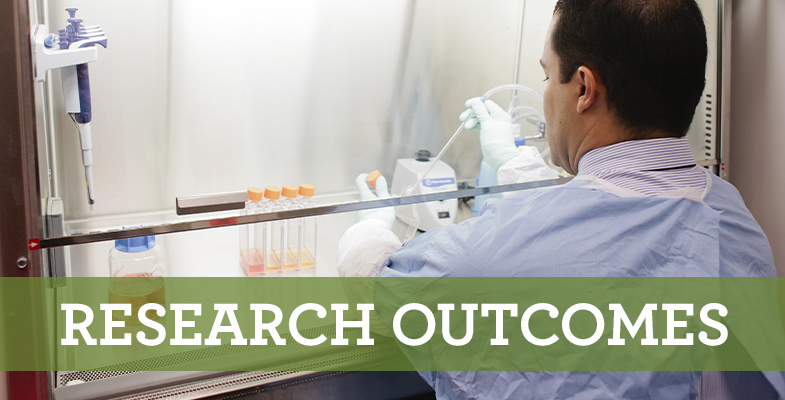 If you think of a new cure as the top of an enormous mountain, imagine all the work that comes before anyone can stand on that summit for the first time. It takes discovering which routes lead to the top and which are dead ends or sheer cliffs. It takes knowing how to avoid mountain lions, grizzly bears and avalanches. And it takes putting one foot in front of another thousands of times – and often mounting new ascents year after year.

In the world of research, we can think of basic science or laboratory work as the discovery that tells our climber which way to go. Without that, no one gets anywhere. Translational research is our climber using that knowledge to get uphill or to bring those discoveries to the benefit of patients. And a clinical trial tells us whether we’ve achieved the summit – or whether a treatment is more effective for patients than the previous standard of care.

Your support of the St. Baldrick’s Foundation makes every step of the climb possible. Already we have funded more than 1,500 grants, covering every stage of research. Here are a few recent examples of outcomes you can be proud of.

In December 2019, researchers reported the first substantial improvement in decades for the treatment of patients with high- or intermediate-risk B-cell acute lymphoblastic leukemia (B-ALL). These findings were presented as late-breaking news at the annual meeting of the American Society of Hematology (ASH).

An immunotherapy drug called blinatumomab had already been approved by the U.S. Food and Drug Administration (FDA) for children and adults with B-ALL who had relapsed or not responded to treatment. In this clinical trial, researchers set out to see if blinatumomab would be a better option up front for patients than the intensive chemotherapy they were receiving as part of the standard treatment. The answer was a resounding yes.

Blinatumomab works by binding two different molecules (CD19 and CD3) to help T cells recognize and kill cancer cells. The chair of the trial, Patrick Brown, M.D., said this demonstrates that, “immunotherapy with blinatumomab is more effective and less toxic than chemotherapy as a bridge to curative bone marrow transplant for children and young adults with very aggressive relapse of B-ALL.”

This is one of the many clinical trials conducted by the Children’s Oncology Group, and the St. Baldrick’s Foundation is the COG’s largest non-government supporter. Many of the researchers involved in the study have also received other grants from St. Baldrick’s.

A January 2020 article in the journal eLife reported findings of Steven Vokes, Ph.D. and his colleagues, who study a set of proteins called GLI (glioma-associated oncogene) and how they control gene expression in response to the “Hedgehog pathway”.

Dr. Vokes focuses on medulloblastoma, the most common type of brain tumor in children. About 25% of these tumors are caused by a mutation in the Hedgehog-signaling gene (so named for the gene’s somewhat spiky back), and Dr. Vokes has studied this for much of his career. This pathway tells embryonic cells what they need to know for cell differentiation, so those cells become bones or muscles or brain cells, for instance. Mutations in this pathway or the genes it regulates can also cause a wide variety of birth defects.

“This pathway is important from before the cradle to the grave, and it crosses so many different fields. It’s one of the keys to the body’s castle, so to speak,” Vokes said. “The pathway itself is pretty well known, but the mechanisms at the DNA level are not.”

A better understanding of this fundamental process may help not only to unlock information about the genes that cause specific birth defects, but also new ways to target cancers, including medulloblastoma.

Measuring the Hills and Valleys of Rhabdomyosarcoma

St. Baldrick’s Scholar Dr. Ben Stanton focuses on rhabdomyosarcoma, a highly aggressive type of childhood cancer that develops in the soft tissue and skeletal muscle of the extremities, head and neck, and reproductive organs.

Findings from Dr. Stanton and his colleagues were published in Nature in February 2020, and those discoveries have already been useful for defining chromatin acetylation’s architecture in rhabdomyosarcoma. (If you understand that, you know more about epigenetics than most of us!)

Chromatin is the material that packages our DNA. “It’s important to remember that while the genetic code is essentially linear, DNA is packaged into a three-dimensional chromatin landscape,” said Dr. Stanton.

Researchers have been working to measure chromatin architecture for the last two decades. It has been challenging to develop a way to find out if the chromatin structure in a cancer cell is different from that of a healthy cell.

To do that, Dr. Stanton and his colleagues, Drs. Javed Khan and Berkley Gryder at the National Cancer Institute, developed a method of absolute comparison for chromatin interactions, called AQuA (Absolute Quantification of Chromatin Architecture)-HiChIP. They then used that tool to see that tumor cells lost the capacity to proliferate when chromatin interactions were altered with the use of a class of drugs called HDAC (histone deacetylase) inhibitors.

“HDAC inhibitors can be quite toxic to cancers,” said Dr. Stanton. “They operate through this ‘judo mechanism’ — using the chromatin’s momentum to toxify the cell. HDAC inhibitors push the tumor cells further and further in the acetylation direction, eventually causing a loss of the cell’s capacity to regulate its own gene expression.”

Suffice it to say this is an important tool for researchers climbing toward the summit, and not only for rhabdomyosarcoma.

“More than anything else, I want this technique to be applied to other systems and to be useful for the broader community. It is my hope that this spike-in approach will broadly enable insights into the architectural features in human disease,” said Dr. Stanton. “There’s a lot of very exciting basic science to be done in childhood cancer research. Increasing our fundamental understanding of the epigenetic memory of architecture can lead to new insights.”

Read more about research outcomes on the St. Baldrick’s blog: