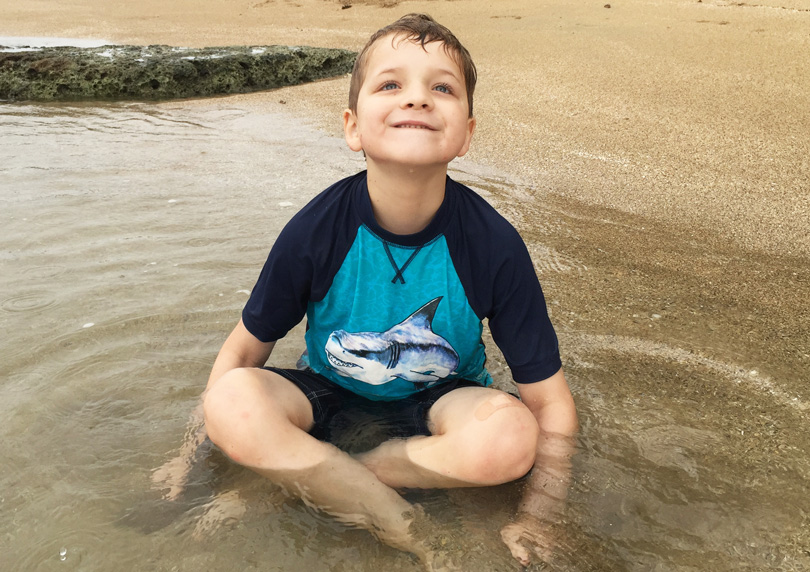 My daughter Althea was battling a rare and aggressive form of leukemia. She was running out of treatment options and we had just moved our family 800 miles to pursue a high-risk bone marrow transplant. It was our last desperate chance at beating her disease.

Three months later, Althea lost that fight. She was 2 years and 2 months old when she died.

Over a third of her short life was spent enduring brutal chemotherapy, radiation, endless surgeries, and the myriad awful side effects of her treatment. When it finally became clear that it was time to stop fighting and take her home to die, she didn’t want to leave the hospital. For her, the hospital was home.

Three years ago, I was nearing the end of the second worst summer of my life. My son Phineas was battling a different form of leukemia. 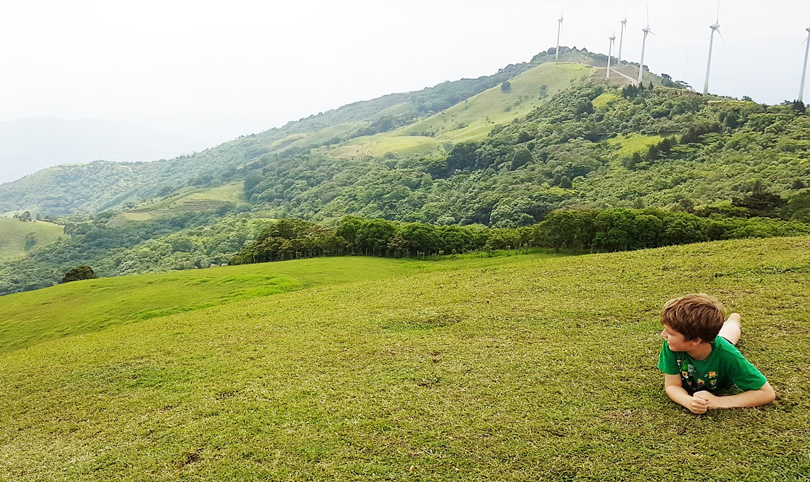 Phineas relaxes on a hilltop in Costa Rica.

Just like with the sister he never got to meet, his disease had stopped responding to treatment and we were quickly running out of options. We were living on the campus of the National Institutes of Health (NIH) in Bethesda, Maryland, desperately hopeful that Phineas would respond to a new form of cancer treatment called chimeric antigen receptor T cells.

It seemed like a crazy science fiction plot — scientists would be taking some of our son’s immune cells out of his body and using a virus to insert new DNA into those cells. The modified cells would be programmed to destroy cancer, and billions of them would be grown in a laboratory and then injected back into his little 5-year-old body to see if they could kill the cancer without killing him.

As crazy as it was, it worked.

Read about the clinical trial that saved Phineas’ life >

Phineas has been cancer free since September 2013. And this year, we are wrapping up what has been one of the best summers of our lives. 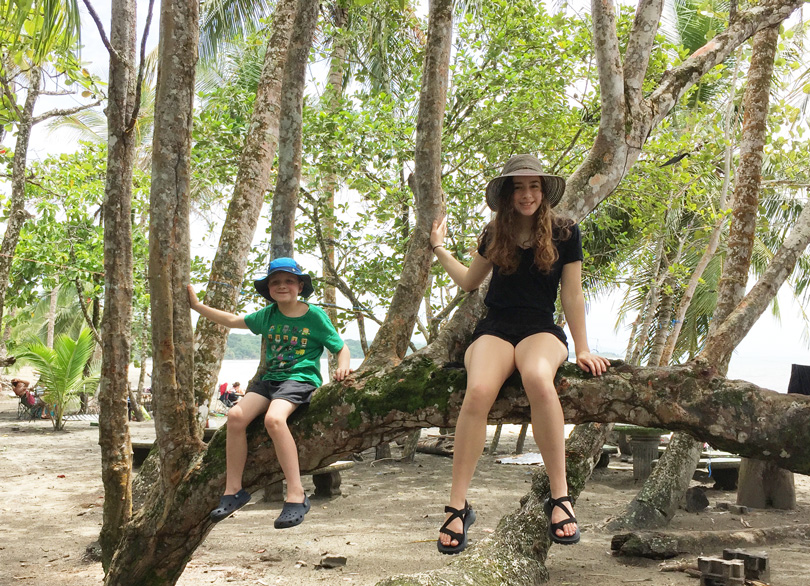 Phineas climbs a tree with his big sister Fiona.

This summer, Phineas is not dead like his sister Althea. He is not living in the hospital and he is not just now finishing the three years of chemotherapy that would have been the standard treatment for his disease.

Because of research and researchers directly supported by St. Baldrick’s, Phineas has been off all treatment since July 2014.

We are spending some time in Costa Rica getting to know a side of the family he would have never met and he is absolutely thriving. We’ve been down here since the middle of June and since then, he has climbed volcanoes, swam in remote jungle rivers, come face to face with wild sloths and anteaters, and fought almost non-stop with his big sister Fiona whenever the opportunity arose. 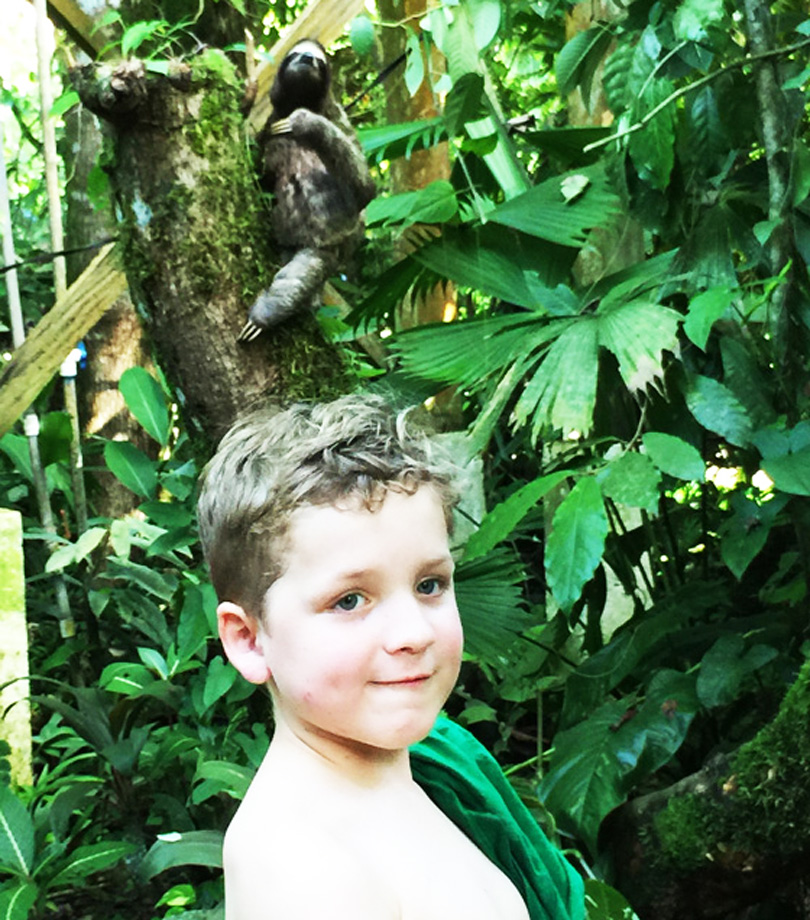 Phineas poses for a photo with a sloth.

He is a happy, healthy 8-year-old living an amazing adventure, and we owe this opportunity to the work of the St. Baldrick’s Foundation.

Phineas was chosen as a 2016 St. Baldrick’s Ambassador because his story illustrates the incredible power of kid-focused cancer research. The NIH team running the trial that saved his life is part of the St. Baldrick’s – Stand Up to Cancer Pediatric Cancer Dream Team, and his primary physician at NIH was St. Baldrick’s Scholar Dr. Daniel Lee.

Last week, Phineas and I headed back to Bethesda for his three-year check-up. While we were there, I took a side trip Washington to continue pushing the message that research works and cures are possible if we are willing to commit focused time and resources to the cause. Hopeless cases can be turned back into healthy kids.

I had hoped to bring Phineas with me to Washington, but he stayed home with his grandparents dealing with some virus he had picked up at school. That is actually a good illustration of how this trial changed our lives.

Now, he’s pretty much a normal kid who goes to school every day, plays like crazy with his sister and his friends, and like any kid, catches a cold every now and then.

Here in Costa Rica locals often greet or bid farewell to each other by saying “pura vida!” It means “pure life” — life that is carefree and optimistic for the future. Please help us support St. Baldrick’s research and give more children like Phineas “pura vida!”

It’s Childhood Cancer Awareness Month. Give kids like Phineas their best chance at a carefree, cancer-free life. Get involved today.