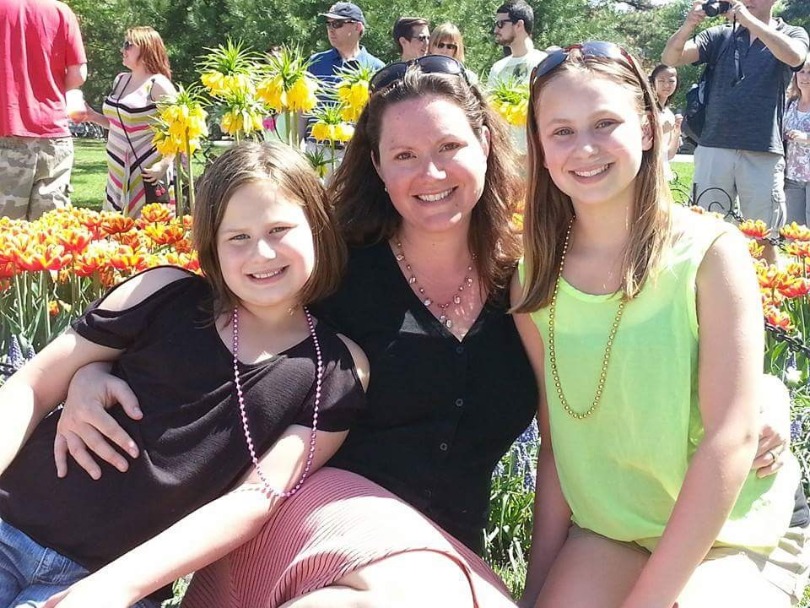 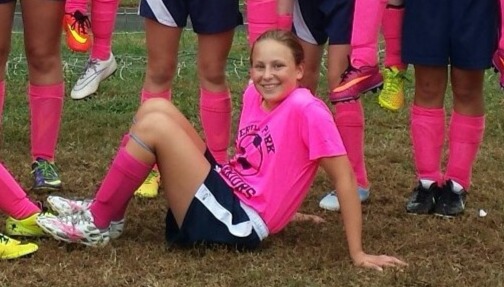 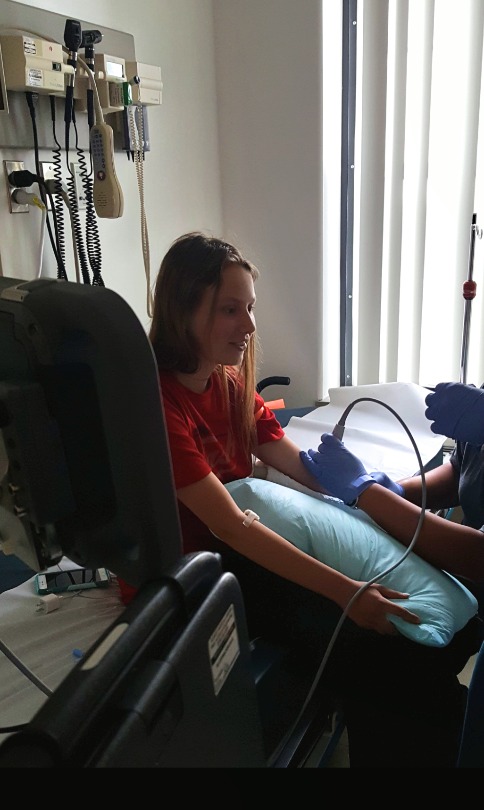 Kelsey getting checked out at the hospital.

We quickly learned a new medical vocabulary. Within hours, we met neurosurgeons, pediatric oncologists and child life specialists. We waited while Kelsey endured a nine-hour surgery, and then we stood motionless, unable to grasp Kelsey’s diagnosis when the surgeon came to speak with us. We were flung into a whole new world that other people lived in. Not one we ever imagined for ourselves. 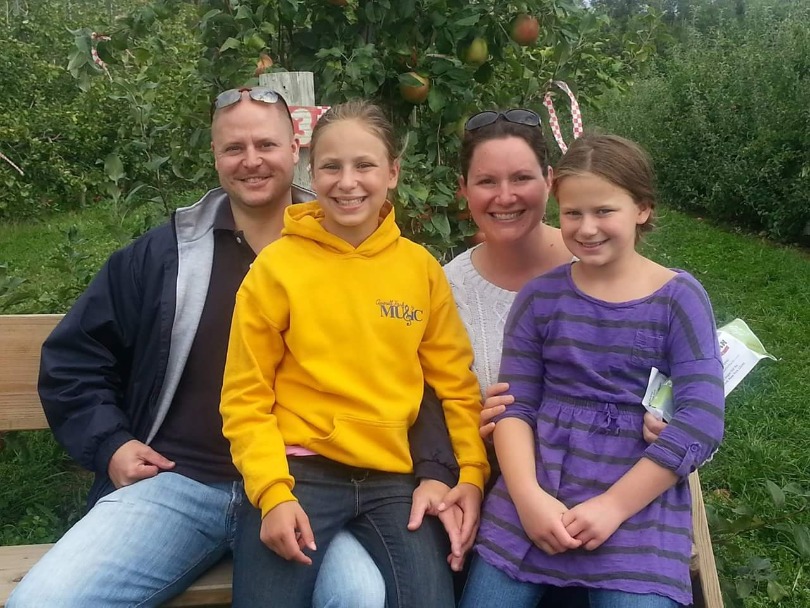 Kelsey’s family smiles together. From left to right: Kyle, Kelsey, Rachael and Avery.

Kelsey had glioblastoma multiforme (GBM). The only path we could take was the ‘Standard of Care Therapy’ – a term I came to resent. That’s because the standard of care wasn’t based on research into GBM in children; instead it was based on decades-old research into adult high-grade gliomas, according to Kelsey’s oncologist, Dr. Lauren Weintraub. You see, while there are currently hundreds of clinical trials for adult GBM, there are only a dozen or so for pediatric . And clinical trials specifically for pediatric GBM are desperately needed, because pediatric GBM is drastically different from adult GBM on a molecular level. 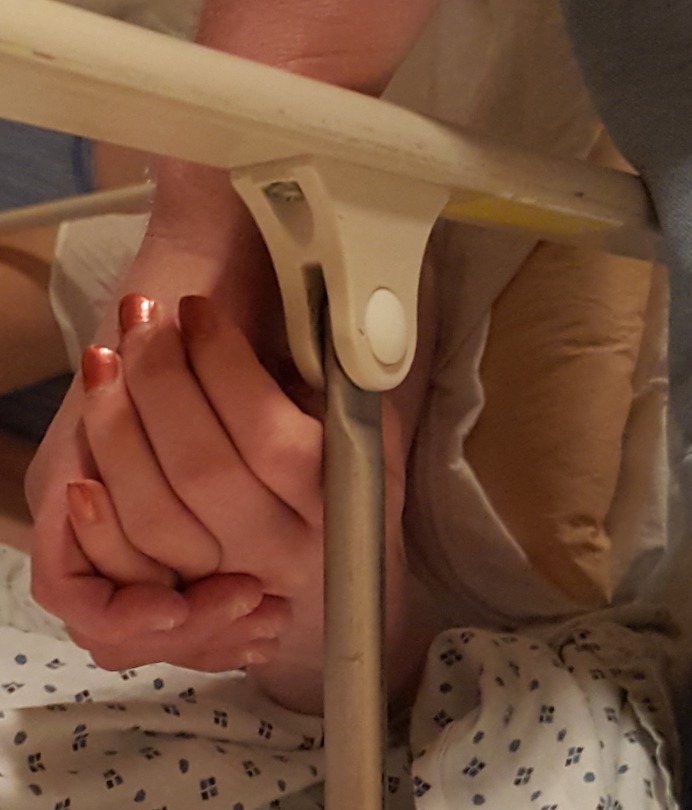 This is why I took a few days away from caring for Kelsey to attend the Alliance for Childhood Cancer Action Days in Washington D.C. in May 2016. I wanted to understand what was happening on a national level and to understand why things were so disappointing for pediatric brain tumor diagnoses.

Pass the STAR Act, because our kids don’t have time to wait >

It was there that I learned more about the Childhood Cancer Survivorship, Treatment, Access, and Research (STAR) Act and how it would expand opportunities for childhood cancer research, improve efforts to identify and track childhood cancer incidences, enhance the quality of life for childhood cancer survivors and broaden policies that would provide hope for patients who have run out of options. 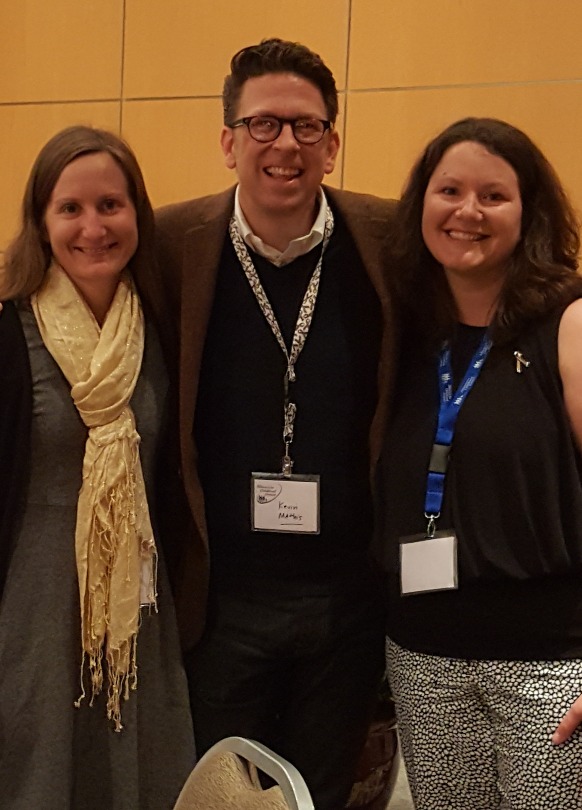 This year, I will be attending Action Days in my daughter’s memory. After two years of fighting, Kelsey passed away just days before her 16th birthday. I will be honoring my girl by telling her story and advocating for the passage of this Act that offers so much hope.

Check out this photo essay of Action Days 2017 and get a peek at St. Baldrick’s cutest (and best dressed) kids’ cancer advocates >

Now that the STAR Act has been approved by the Senate, it heads to the House of Representatives. Happily, the STAR Act already has 363 Members of the House signed on as cosponsors – more than 80% of the full House! We just need for Congressional Leaders to bring the STAR Act up for a vote. Now is the time to make childhood cancer a higher national priority by passing this critical piece of legislation.

Kids with cancer need you. Join us at Childhood Cancer Action Days 2018 and help pass the STAR Act!

Join St. Baldrick’s Speak Up advocacy network and learn how you can be an advocate for kids’ cancer research.