One Last Christmas: A Mother Shares Her Son’s Cancer Story

My name is Erica, and I never imagined that I would have a childhood cancer story to tell.

I’ll never forget the moment I heard the words “your son has cancer”—it hit our family like a ton of bricks. Now I’m sharing my son Aiden’s story because I believe in the critical need to support childhood cancer research with the St. Baldrick’s Foundation. And this holiday season, you can join me in giving hope to the next child faced with a cancer diagnosis.

First, cancer took away my little boy’s smile. Then, it took his life. 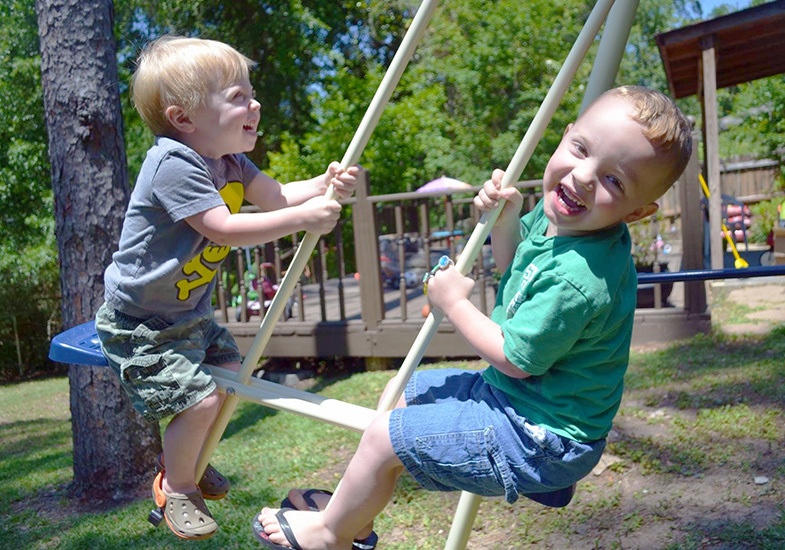 Aiden on the right (in the green shirt), on the swing with his brother Evan, before his diagnosis. That smile sums him up–grinning, being Aiden, just loving life.

When Aiden was just 5 years old, he was a typical happy kid—playing, smiling, and obsessed with Star Wars.

But then something didn’t seem quite right, something that I sensed—call it a mother’s intuition—when his smile started disappearing. He would stumble a little, he wasn’t himself, and he slept a lot.

On Mother’s Day in 2013, we went for a swim at the pool—something we had done countless times before. So, when Aiden struggled that day and nearly drowned, I knew something was very wrong. We quickly took him to the hospital to run preliminary tests.

It took a couple of months before we learned the diagnosis—and we heard the word that changed our lives forever. Cancer.

Shortly before he turned 6, we were told that Aiden had a rare brain cancer called diffuse intrinsic pontine glioma (DIPG). A brain tumor found in the brainstem, where basic functions like breathing and swallowing are controlled. And our doctors had little information about it.

But they did know two things, and neither of them were good. One was that Aiden would need radiation treatments — 30 rounds — to try and keep the tumors from spreading and prolong his life at least a little.

The other thing: the two-year survival rate for DIPG is zero. Aiden would die from this cancer. We would not have much more time with him.

I was told that my son would die from a cancer I had never heard of. That he would need to endure radiation treatment, he’d be physically and emotionally changed from steroids, and he’d lose the ability to walk and talk. 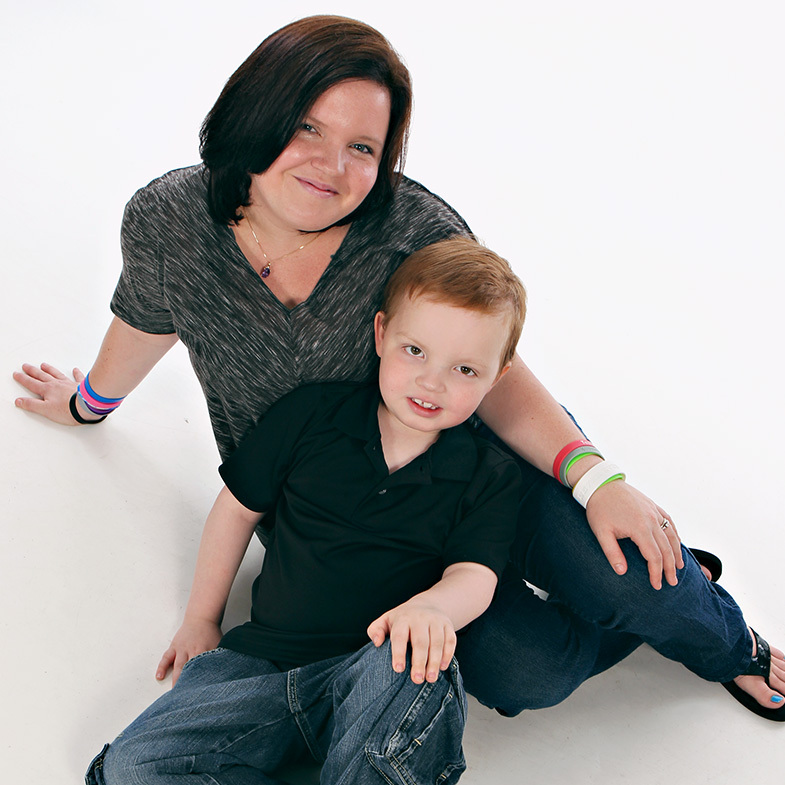 Me and my son, Aiden (during treatment).

There’s was nothing I could do. It was a parent’s worst nightmare come true.

But there is something you can do right now – donate to St. Baldrick’s and give the next kid like Aiden a big gift … the gift of hope.

DIPG is one of those cancers that is especially scary. Doctors told us that treating DIPG is like trying to cut flecks of black pepper out of a Jell-O mold. But researchers funded by St. Baldrick’s are working hard to find cures for all childhood cancers, including DIPG.

Aiden was able to take part in a clinical trial as part of his treatment—and those trials teach us something new each time. Something that could help lay the groundwork for that next breakthrough to save kids’ lives.

Before Christmas 2014, when Aiden was nearing the end of his life, we decided to stop his steroids—hopeful that we could have one last joyful Christmas with him. And we did. His mood improved, his smile came back a little bit, and, since I had taught him to communicate non-verbally, we were able to enjoy the holiday. It was a special gift.

My family was without hope for Aiden. But I share his story so that, with your help, the next child and their family can have that hope.

The work being done in childhood cancer research has made tremendous strides in the past few years, thanks to supporters like you. New treatments are being tested, better drugs and protocols are being developed, and more hope is right around the corner for families waiting for options. But to keep this crucial work going, more funding is required.

Make a difference this holiday season with a donation to St. Baldrick’s, and give hope to kids with cancer and those yet to be diagnosed. Donate today to honor Aiden’s memory – and bring researchers closer to finding options for kids like him.