St. Baldrick’s League of Legendary Heroes recognizes volunteers who have gone above and beyond by participating for three or more years to raise money for lifesaving childhood cancer research.

Members of this honorable group are led by an Honored Kid each year known as the League Champion, who inspires members to continue climbing up in the ranks and fundraising for childhood cancer research. 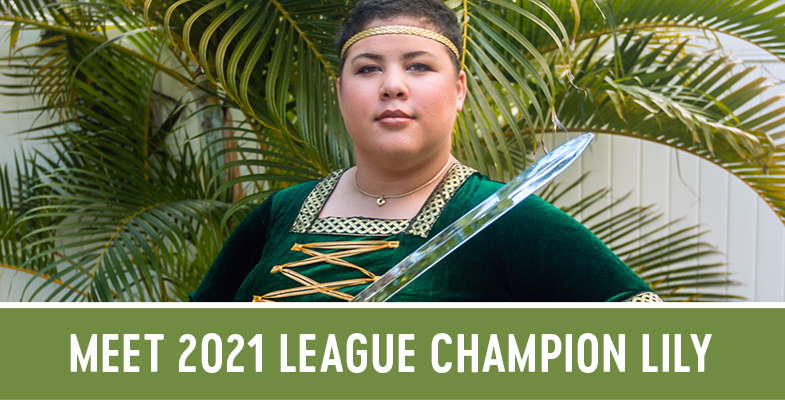 Meet Lily, 2021 League Champion of the St. Baldrick’s League of Legendary Heroes. She is determined, sweet, and fierce. Diagnosed with two different cancers at the age of three, she is now 15 and shows no evidence of disease. Lily is full of life and hope and wants to inspire you #ConquerKidsCancer with St. Baldrick’s.

While Lily was in treatment, her mom was also diagnosed with two cancers — breast cancer and sarcoma in her arm. Lily is a childhood cancer survivor in a family diagnosed with Li-Fraumeni Syndrome, or LFS, an inherited genetic condition which makes those who carry it highly susceptible to cancer. With this rare syndrome, a DNA mutation turns off the body’s natural ability to suppress tumor growth.

After almost a decade battling cancer, Lily’s mom, Jennifer, passed away on October 5, 2020. Others who have fought cancer in Lily’s family include her uncle, great-aunt, grandfather, great-grandfather, and cousins. 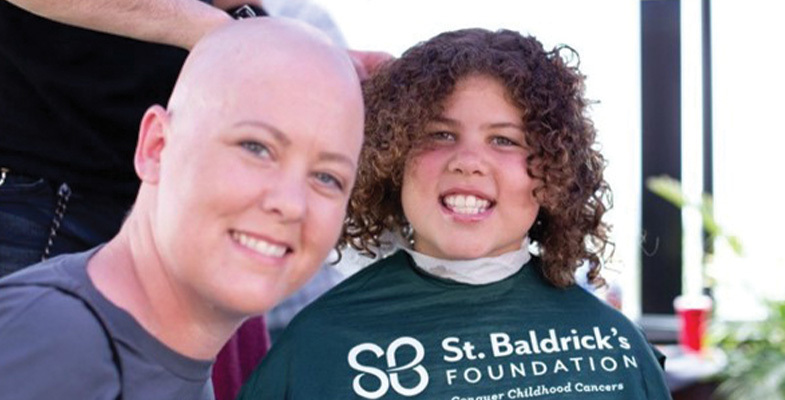 Lily with her mom, Jennifer, during Lily’s first head-shaving event in 2014.

Lily was three years old when she started her cancer treatment. She went through multiple surgeries and 8 months of chemotherapy. While in treatment, she remembers bringing her tap shoes to clinic and tap dancing to an audience of nurses. The nurses used to load their phones with music before Lily arrived, just for her to dance.

She was also known for her curly hair, a.k.a. her famous ‘fro.’ So losing it was tough, and it felt icky, but she and her family are ecstatic that she is now cancer-free. They are also thankful for supporters, like you, who fundraise each year and fight for better cancer treatments for kids like her.

To Lily, childhood cancer is a disease that doesn’t get the attention it deserves. Lily is determined to stay involved and shave her head every other year. She says, “I really enjoy shaving my head!” She adds “I would never want my siblings to have cancer. They are my inspiration, my big team…and my biggest and bestest friends in the world.”

This past September 27, 2020 marked Lily’s fourth year shaving her head with St. Baldrick’s. She participated in the 10th Annual Honolulu St. Baldrick’s event, and was the event’s Top Fundraiser! The event was able to adapt and held their 10th anniversary in the virtual setting and it was epic.

During the event, with tears in her throat, Lily’s mom Jennifer, shared that she is so proud of Lily and said, “Thank you… to everybody who stepped up this year, it means a lot!” Lily’s father added, “Thank you to everybody who donated to St. Baldrick’s overall.” The love and bond could be felt across the screen between their family. Eight short days later, Lily’s mom passed away. 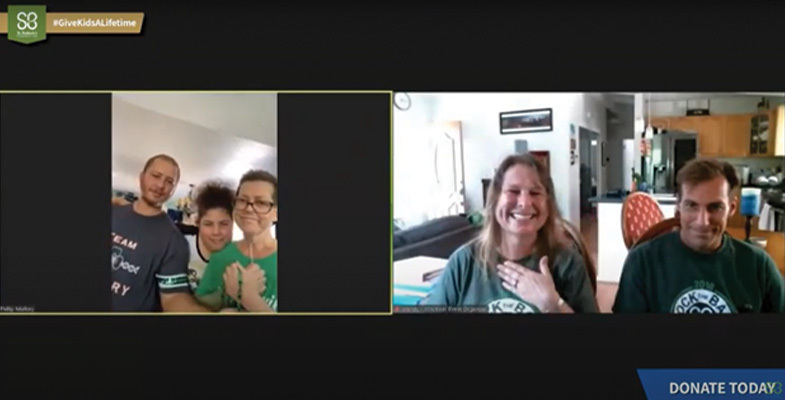 As a cancer survivor, Lily is fully aware that cancer survivorship comes at a cost of long-term effects and complications from her treatment, which is what pushes her to raise awareness and advocate for better treatments. Lily says that she is so appreciative of her LFS buddies who “inspire [her] to strive even more to find a cure for cancer.”

With her strong commitment and the supportive network that surrounds her, Lilly has raised more than $21,000 since 2014. “I didn’t really want children to be sick and feel as sick as I did. I wanted them to go and have fun and run around and live their life,” she says.

As the 2021 League Champion, Lily hopes to inspire you to get involved so other kids can have cancer-free outcomes like her.

We admire Lily’s strength and are honored to have her as the 2021 League Champion.

Join Lily as a Squire of Hope – or advance to your next ranking in the League – get involved today!