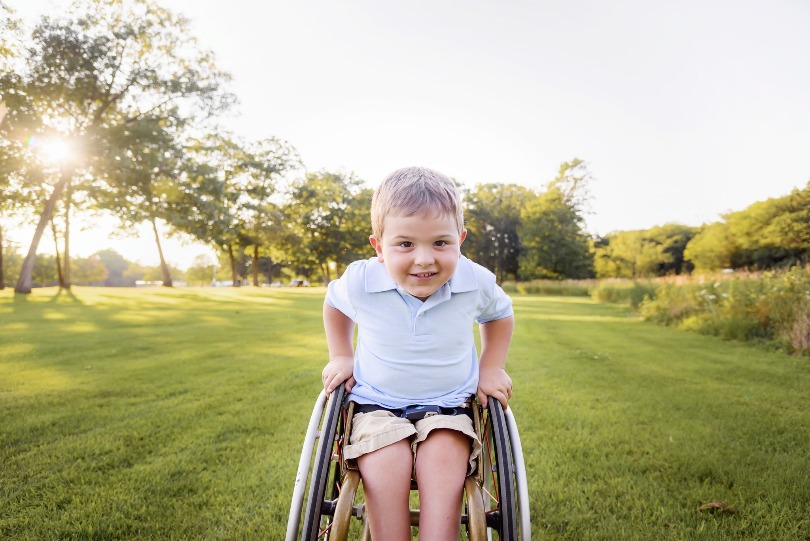 With an irresistible laugh and the face of a cherub, 5-year-old Kellan wins the hearts of everyone he meets. No one even notices his wheelchair. 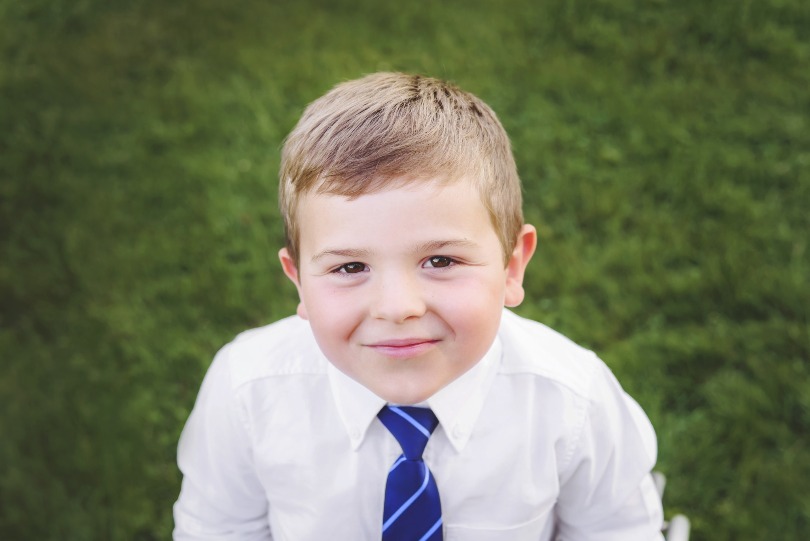 Kellan was diagnosed with stage 3 neuroblastoma with secondary paralysis on the evening of his birth. Doctors told his parents he had a large mass in his spine and abdomen. Their newborn son began chemotherapy on the third day of his life. 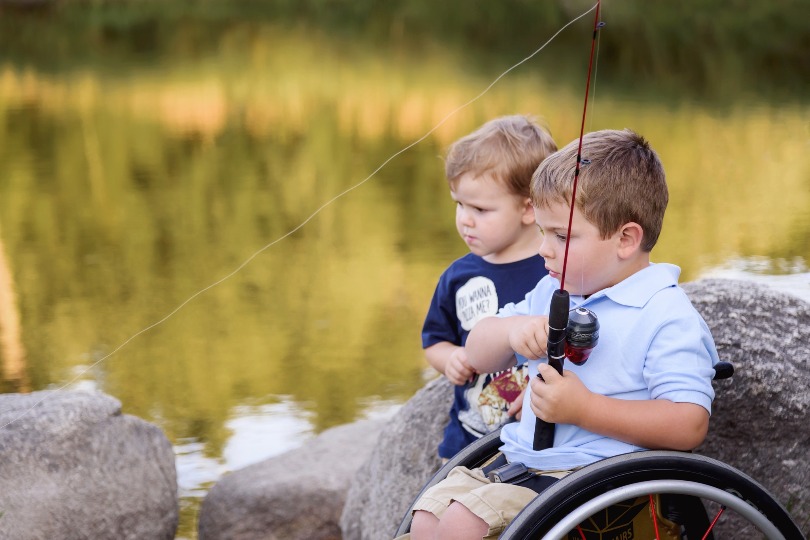 After four rounds of treatment and a nine-hour tumor resection when he was 3 months old, Kellan was declared No Evidence of Disease (NED). But cancer left its mark and he is permanently paralyzed from the waist down. 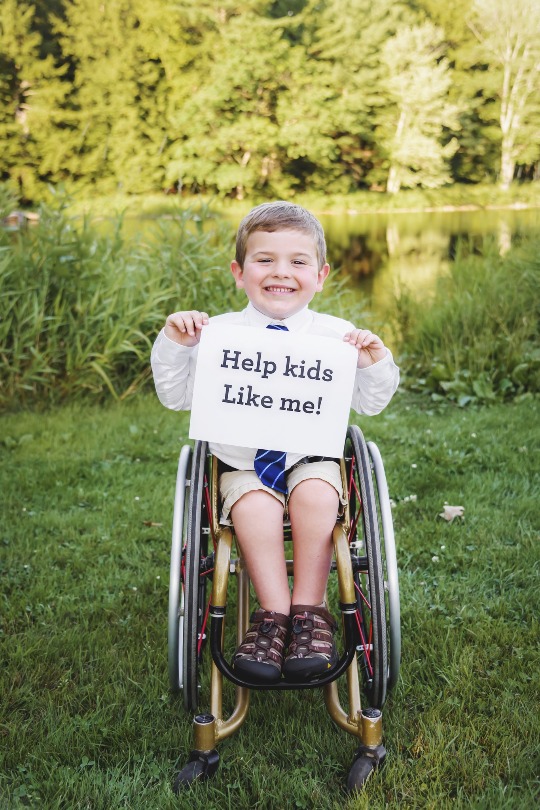 That has not slowed Kellan down at all. He zips around in his customized wheelchair aspiring to do backflips like extreme wheelchair athlete, “Wheelz.” 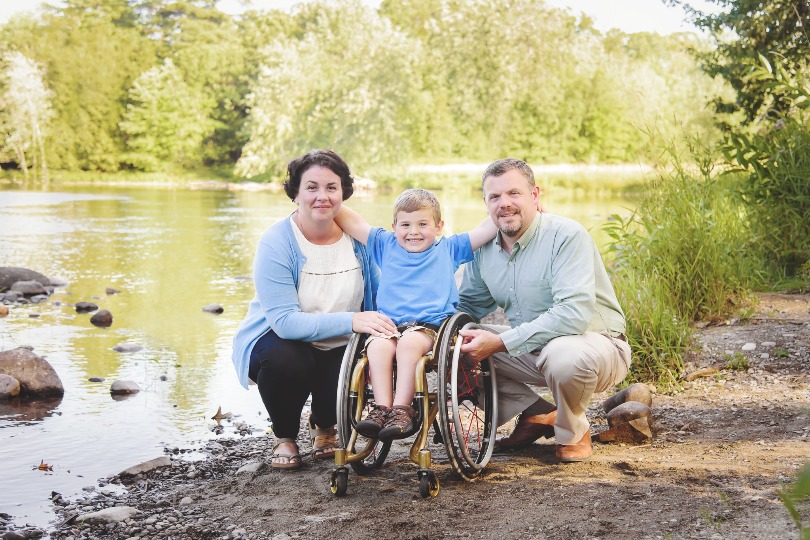 He loves to ski and although he is tethered to someone and uses an adaptive ski on the slopes, he still likes going really fast and doing big jumps. Kellan just started adaptive climbing, scaling a 40-foot indoor climbing wall twice on his first day. His other love is fishing and he wants to be a fisherman when he grows up. 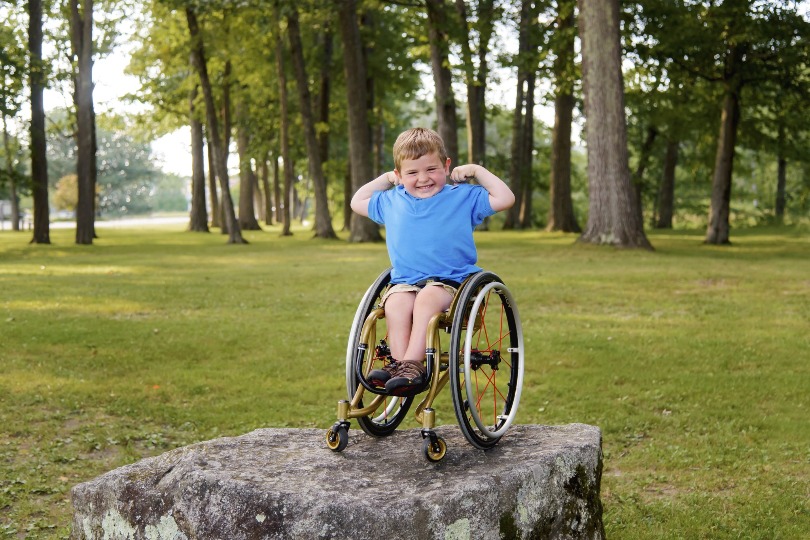 Kellan’s mom, Elizabeth, said the family has always been positive about his situation, “From the very beginning we decided we’re not going to say ‘can’t’ in our house. It will be ‘can’ or ‘we’ll figure out a way.’” 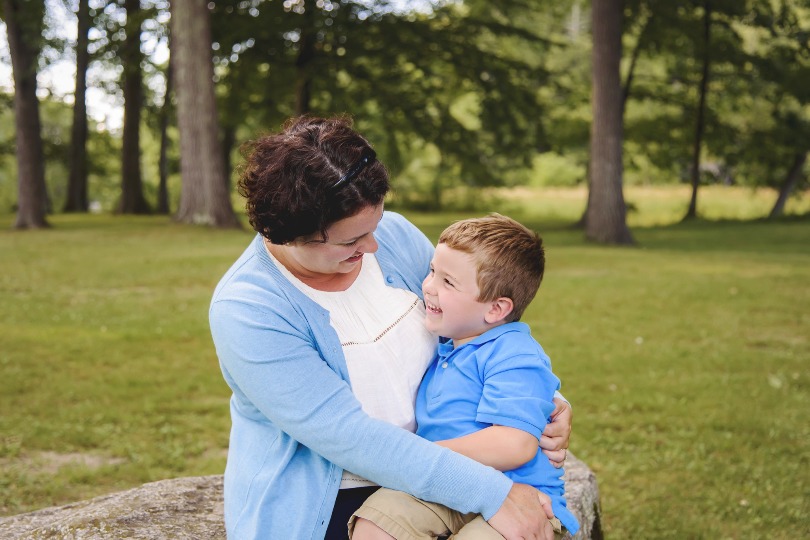 He recently moved to survivorship clinic, having passed the five-year milestone of being NED. Despite the odds being stacked against him, Kellan lives life with an amazing attitude that anything is possible! 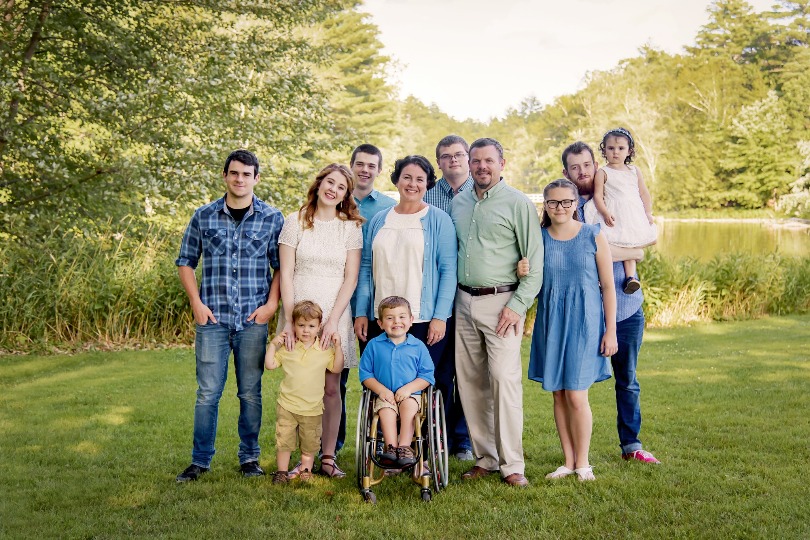 Kellan is one of five St. Baldrick’s Foundation 2018 Ambassadors, representing the thousands of kids touched by cancer each year. Say hello to our next 2018 Ambassador …