St. Baldrick’s Fellow Dr. Elliot Stieglitz is a big reader, but not in the way that you might think. Over three years, he read the DNA of one hundred children with JMML, a rare leukemia, and he discovered something major. Read on to learn how his discovery could lead to better treatments for kids with this rare disease.

RESEARCH DEVELOPMENT: Dr. Elliot Stieglitz has brought his St. Baldrick’s-funded research to a Phase 2 clinical trial for kids with relapsed JMML. In this trial, which is first of its kind in the United States, researchers will be testing whether an oral targeted medication used in the treatment of melanoma in adults slows or even kills leukemia cells in kids with persistent JMML. In addition, Dr. Stieglitz developed a test that predicts which JMML patients have the best prognosis and therefore need less intense therapy. He’s now in the process of establishing a clinical test that will eventually be available to patients. This test will help kids get just the treatment they need and avoid damaging long-term effects from harsh therapies. Keep up the great work, Dr. Stieglitz! 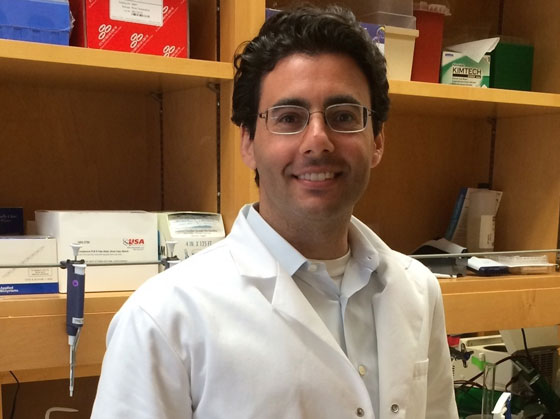 For St. Baldrick’s Fellow Dr. Elliot Stieglitz, being a pediatric oncologist is the perfect blend of emotional satisfaction and intellectual stimulation.

His heart is with the kids and their families, guiding them through the toughest time in their lives. His head is in the lab, trying to find better treatments for childhood cancer.

“We treat patients for three to five years, often once a week, so we see them all the time,” he said. “So that’s really emotionally rewarding and gratifying. But pediatric oncology is also one of these fields where it’s intellectually stimulating and gratifying as well, because there are so many breakthroughs that are occurring every day.”

Dr. Stieglitz loves what he does. He’s good at it, too, and not just as a doctor, but also as a researcher.

Based at University of California at San Francisco, the physician-scientist is studying a rare and deadly blood cancer called JMML, or juvenile myelomonocytic leukemia.

JMML affects babies and toddlers, and the only known cure is a complete stem cell transplant, also known as a bone marrow transplant. This brutally intense treatment involves replacing diseased blood cells with healthy cells from a donor. 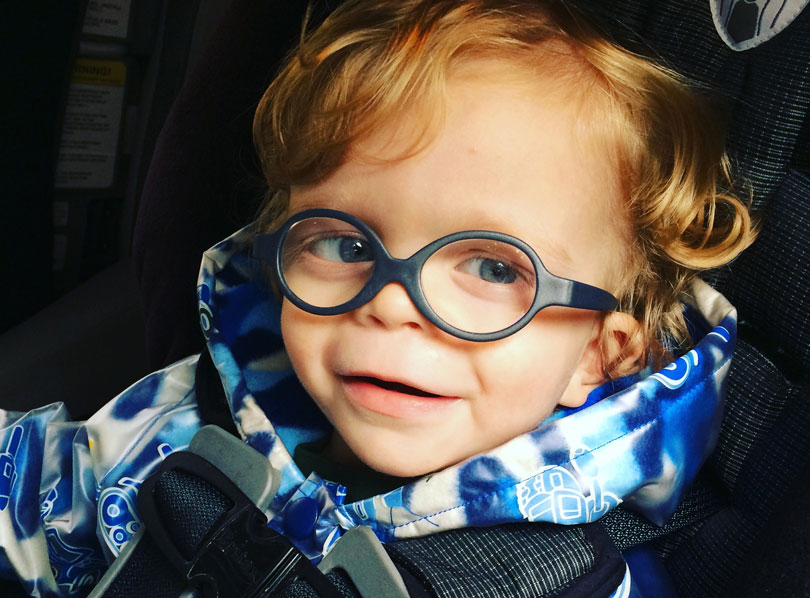 Ezra was diagnosed JMML when he was 4 months old and is now in remission. Read about how a certain genetic disorder may have saved his life.

“Even with the stem cell transplant, which is the most intensive form of chemotherapy, half of all children with JMML will relapse, meaning their leukemia will come back after treatment,” he explained.

For the other half of kids, the stem cell transplant is effective, with some even spontaneously getting better with very little treatment.

Exactly why this happens is a mystery. But like many scientists, Dr. Stieglitz is a big fan of puzzles. He wanted to figure out why this happens, then use that information to help kids with JMML.

What scientists do know about JMML is that the disease is caused by mutations in a certain set of genes called the RAS pathway.

But Dr. Stieglitz discovered that there’s much more to JMML than those mutations in the RAS pathway, and his discovery is shedding light on why some kids do well after transplant and why some relapse.

Dr. Stieglitz smiles with a newly bald head after shaving with St. Baldrick’s.

How did Dr. Stieglitz figure this out?

He gathered the DNA from 100 patients with JMML and then examined every single letter of DNA in the genes that create proteins.

It took him three long years. But it was worth it.

So, depending on what a kid’s DNA says, doctors can now intensify treatments for the kids at higher risk of relapse and scale back on treatments for kids at lower risk, causing fewer long-term effects down the road.

Also, those mutations outside the RAS pathway could possibly be targeted with new therapies.

“So, it’s been really exciting,” he said. “In a rare disease, this is as exciting as it gets.”

Dr. Stieglitz’s work has since grown from these first discoveries, and there’s even more excitement on the horizon.

He’s currently working to unravel the secrets of a particularly nasty mutation found in kids with JMML who don’t respond to treatment. That mutation can also be found in other cancers, both in kids and adults, so whatever Dr. Stieglitz finds could have a big impact beyond JMML.

Dr. Stieglitz will also be leading an important  clinical trial five years in the making — the first of its kind in the United States — for children with relapsed JMML. Plus, he just received a coveted K08 grant from the National Institutes of Health, which will support his research for five years and is a crucial step toward becoming an independent researcher.

This was all possible because St. Baldrick’s took a leap and funded a new researcher who didn’t have a lot of publications under his belt at the time, but who did have a big heart, determination, and a lot of great ideas.

“It was St. Baldrick’s support that allowed me to continue to have the dedicated time to carry out this research,” Dr. Stieglitz said. “I can truly say that it would not have been possible without that support.”