The best gifts are the ones that make us smile and fill our hearts with joy. When we are lucky enough to receive such a gift, we find ourselves filled with gratitude.

Jonah is this kind of gift — to his family, to his friends and to those he meets every day. Despite having faced childhood cancer, he is, in his mum’s words, “the most kind, inclusive, loving, welcoming, forgiving heart while also being the hardest working person you’ll ever meet.”

It doesn’t seem to add up—Jonah has every reason to be discouraged, defeated and even angry because of the impact childhood cancer has had on his life. But when you meet this survivor, you can see that childhood cancer doesn’t define him and you can’t deny that he is a gift. This is Jonah’s story. 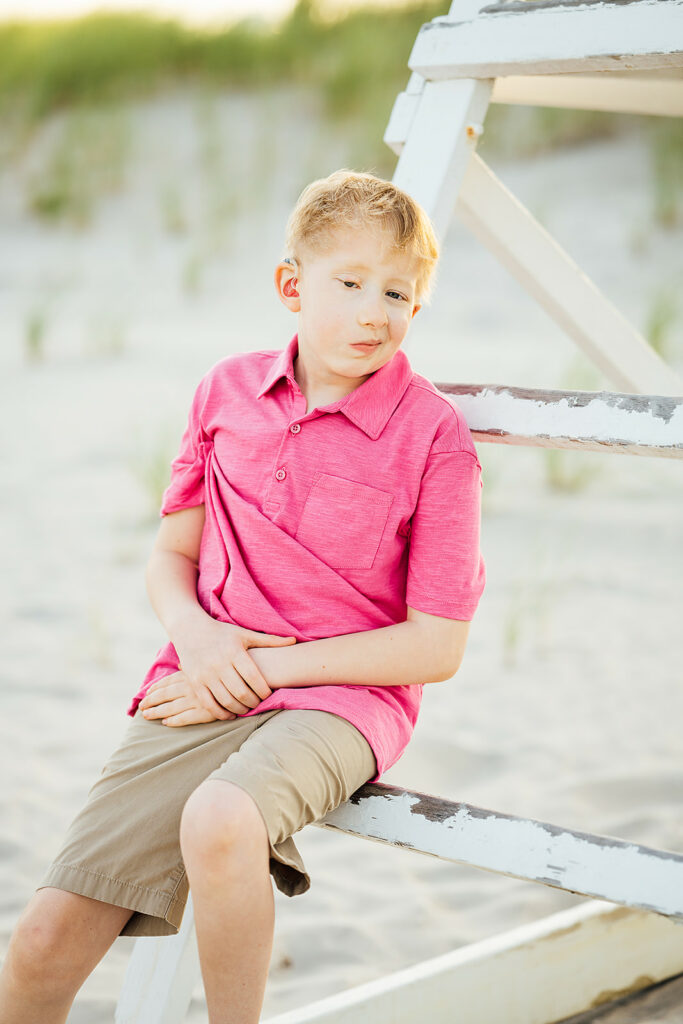 When Jonah was just 4 years old, bouts of vomiting and nausea resulted in the diagnosis of an allergenic condition of the esophagus. Medications and diet changes did not help, and he was eating less and vomiting more. Lethargic and weak, Jonah lost 10 pounds. As concerning as that was, it was his double vision and episodes of “word salad” that prompted an emergency MRI. 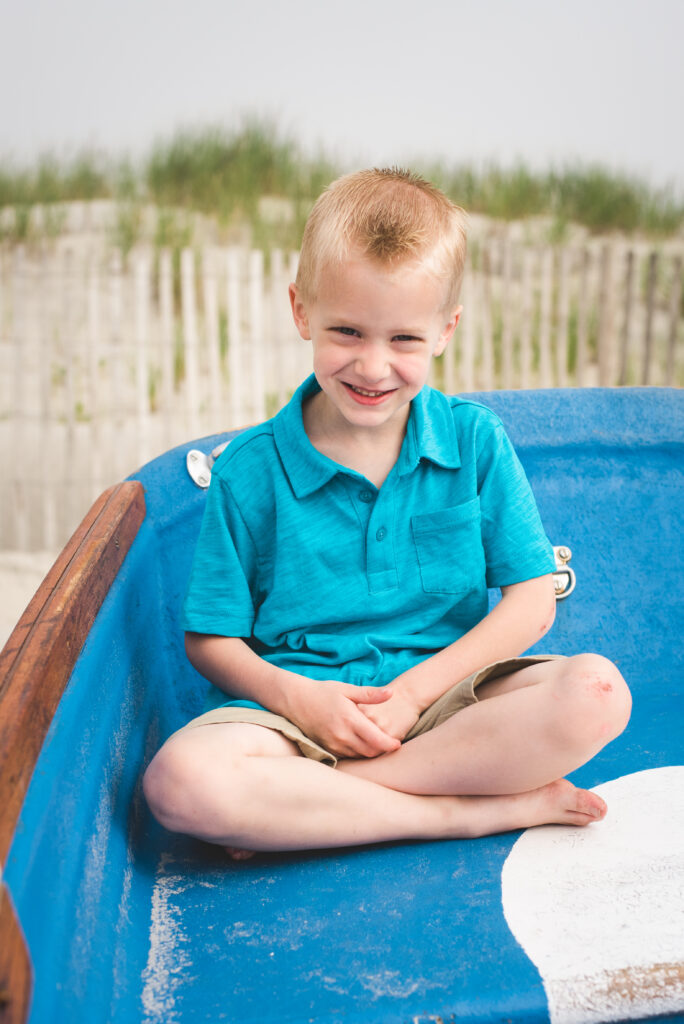 Jonah in 2015, approximately 4 weeks before his diagnosis.

The Goodall family was not prepared for the news that day. A plum-sized tumor was discovered on Jonah’s brain. It was medulloblastoma, the most common form of malignant pediatric brain cancer. 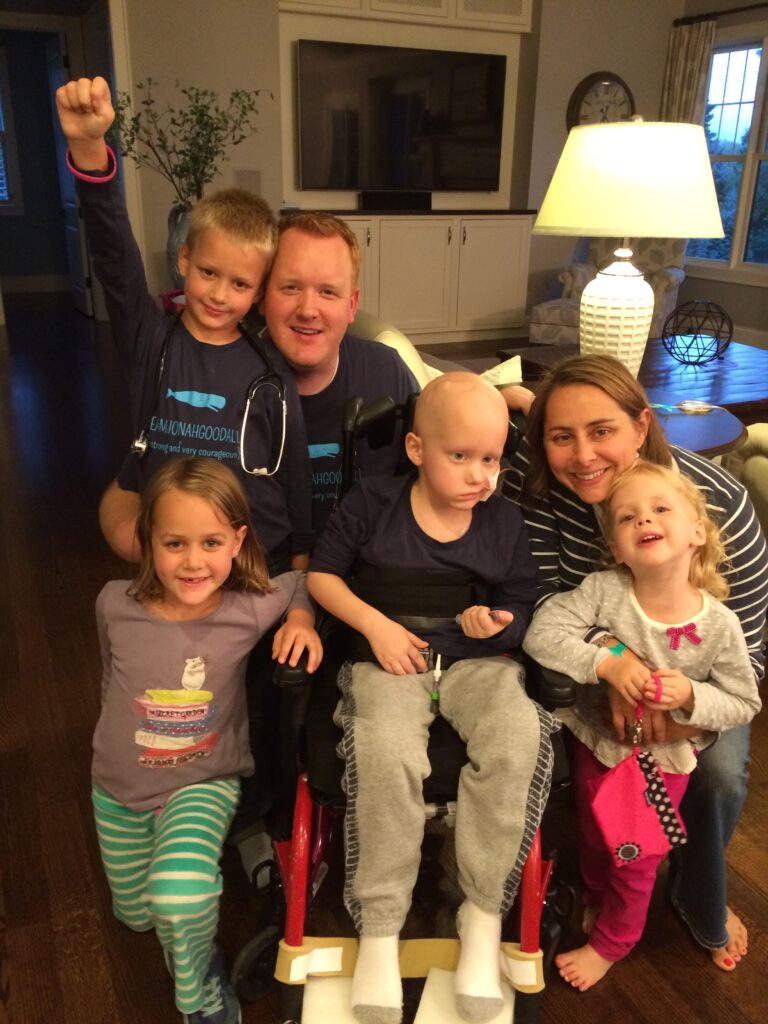 Jonah and his family at home after several months in the hospital.

Jonah’s mom, Stephanie, shared their journey in a blog story she wrote for St. Baldrick’s in 2018. Here are her thoughts of the days and months after Jonah’s diagnosis:

The days that followed were a blur — surgery to remove the tumor, a life- threatening hematoma on the brain, a transfer to the PICU for two weeks, remaining intubated for almost two weeks, another hematoma, and surgery to place a shunt and central line.

Because of the surgery, Jonah’s body forgot how to listen to his brain. It was almost like he was in a coma, but he wasn’t. He couldn’t breathe on his own, eat, smile, talk or move.

Pediatric cancer treatment decisions suck. As a parent, you have to decide between terrible and horrible. There isn’t a third, more pleasant option. We chose terrible, and Jonah received six rounds of high-dose chemotherapy followed by a stem cell transplant.

After Jonah finished chemotherapy, we had to move onto radiation. Our medical team told us that radiation would cost Jonah IQ points that would likely affect his abilities in the future. The flip side is that radiation is currently our most effective treatment for medulloblastoma.

Although Jonah is 7 years out of treatment, today treatment for brain tumors is still considered one of the most brutal protocols for a young, growing body. While Jonah’s treatment addressed the cancer, the long-term effects are both physically and emotionally devastating.

As a result of muscle weakness and balance issues resulting from his lifesaving treatment, Jonah is not able to walk independently, requiring a walker and bilateral ankle braces. He wears hearing aids in both ears. Academic modifications and a comprehensive education plan for Jonah are needed to address the impacts of treatment on his learning and include making provisions for his loss of fine motor skills. Due to facial palsy on his right side, he works hard with a speech therapist. The palsy has also affected his vision and he’s had two surgeries to help his right eye to close. 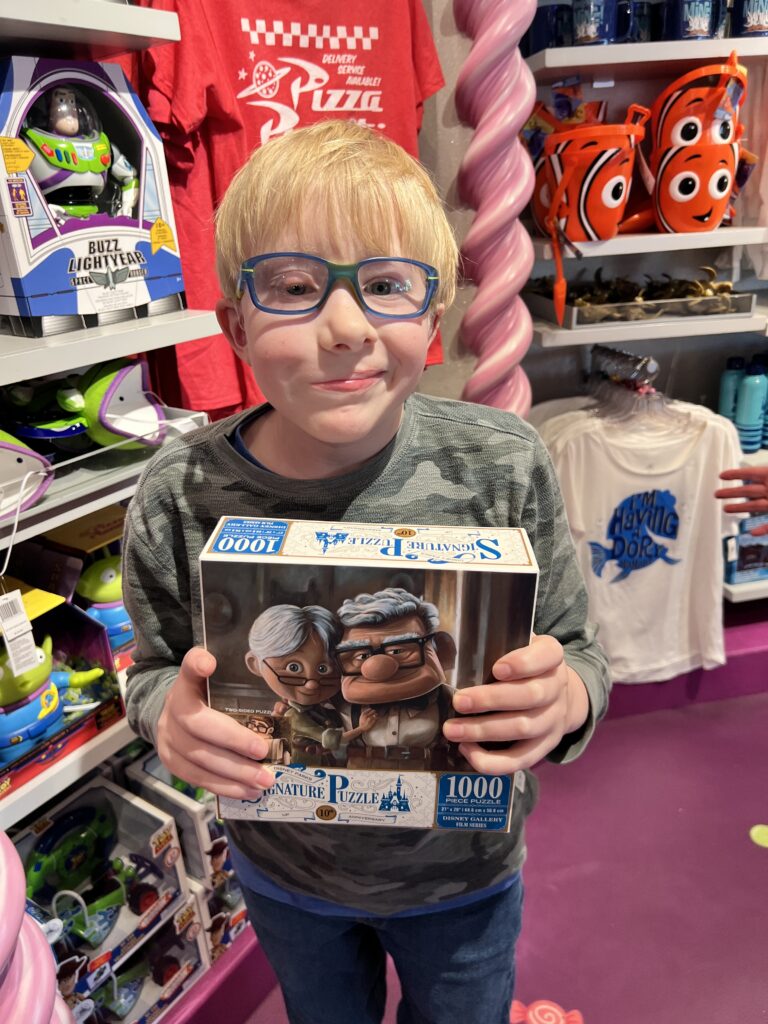 There is frustration as Jonah grapples with the fact that his body can’t do all the things he used to do. It is harder to connect with his peers, as 12-year-old boys lean into energetic, nonstop action, which is hard for Jonah to participate in.

Jonah is not one to dwell on the sidelines however, and instead pours himself into the ways that he can connect with others. Jonah is extremely relational and is always ready to engage in conversation. People say that Jonah has never met a stranger. Jonah loves playing games (especially card games) and telling jokes or stories to make others laugh. A true extrovert, Jonah enjoys acting in his church’s productions, starring kids with special needs.

Jonah’s favorite things include time with his family, Oreos, crispy chicken sandwiches, Marvel and Minions movies, traveling with his family, Harry Potter, the color blue, all things camo and tie dye, pool time, and his heroes, who happen to be…yep, his family. 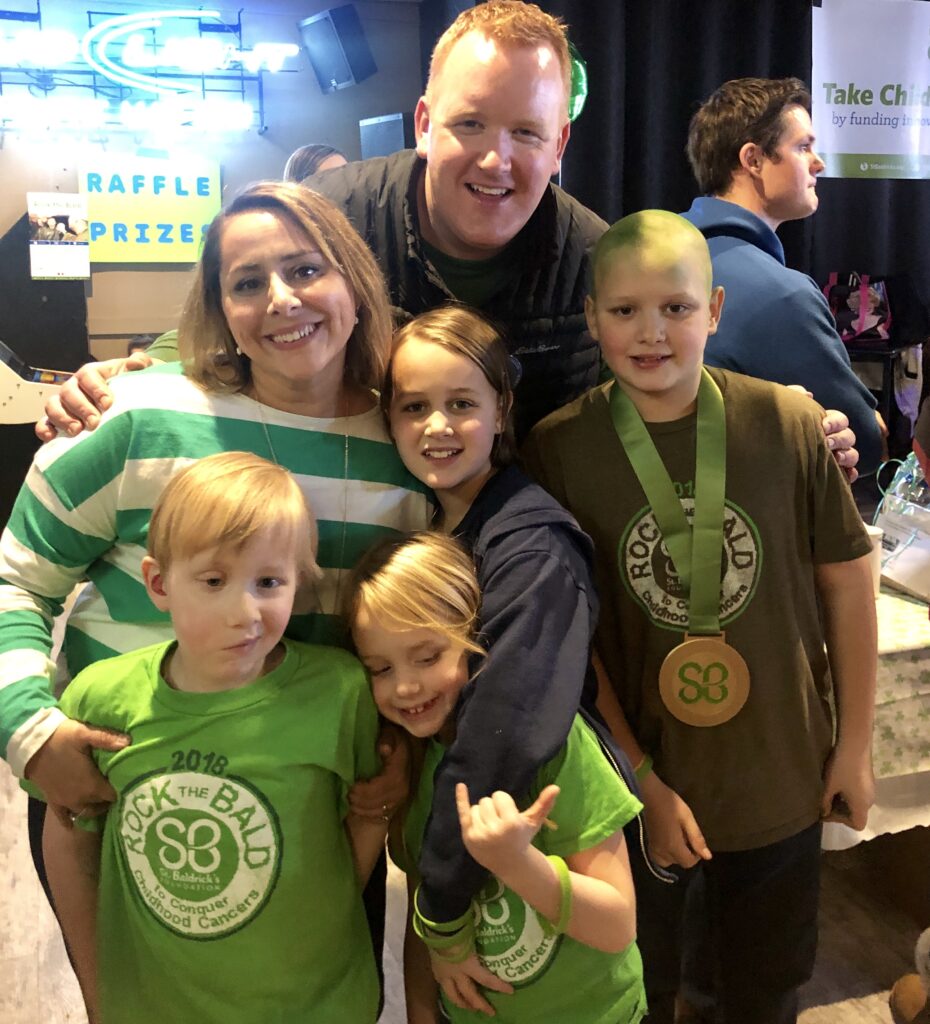 Jonah & family at a St. Baldrick’s event. His brother, Noah, was the top shavee.

Pediatric cancer affects not just the patient, but the whole family. In 2018, the Goodall family created a St. Baldrick’s Hero Fund called Strong and Courageous to honor Jonah and to raise awareness about pediatric cancer and funding for research. Every year since then, his now 15-year-old brother, Noah, shaves his head and has raised almost $100,000 for research that can lead to better treatments and one day, cures for medulloblastoma and all childhood cancers.

The best gifts can change us. After meeting Jonah and seeing how he lives his life, no one can remain the same. Watching Jonah shine makes the world a little brighter and makes the days a little more hope filled. Jonah Goodall is one of those rare, best gifts.

Help fund research to find cures and better treatments for kids like Jonah.