Meet 2023 Ambassador Hanna: A Lesson in Rising Above the Storm

Life can be unfair. Curveballs, challenges, and heartaches do not discriminate. Even for the nicest people you know.

But there’s a popular quote that promises, “rise above the storm and you will find the sunshine.”

Meet Hanna. She has embodied this quote for 29 years, rising above the unfair hand she was dealt to feel the sunshine on her face.

Meet Hanna (no extra “h” at the end please).

At 16 years old, Hanna was a busy, active teen with friends, school and soccer taking centerstage in her life. Then everything changed. A severe pain in her right hip, thought to be a sports injury, didn’t improve with physical therapy. An MRI revealed a grapefruit sized tumor in her hip. The diagnosis was devastating: osteosarcoma or bone cancer.

Hanna immediately began a 10-round protocol of chemotherapy to shrink the tumor, but it was unsuccessful.

Doctors said a hemipelvectomy amputation—removal of her leg, hip, and half of her pelvis—was her best option for survival. After 10 rounds of chemo, a 23-hour surgery, followed by 17 more rounds of chemotherapy and months of physical therapy, Hanna was cancer free. More important though, she emerged stronger, more resilient, and grateful. 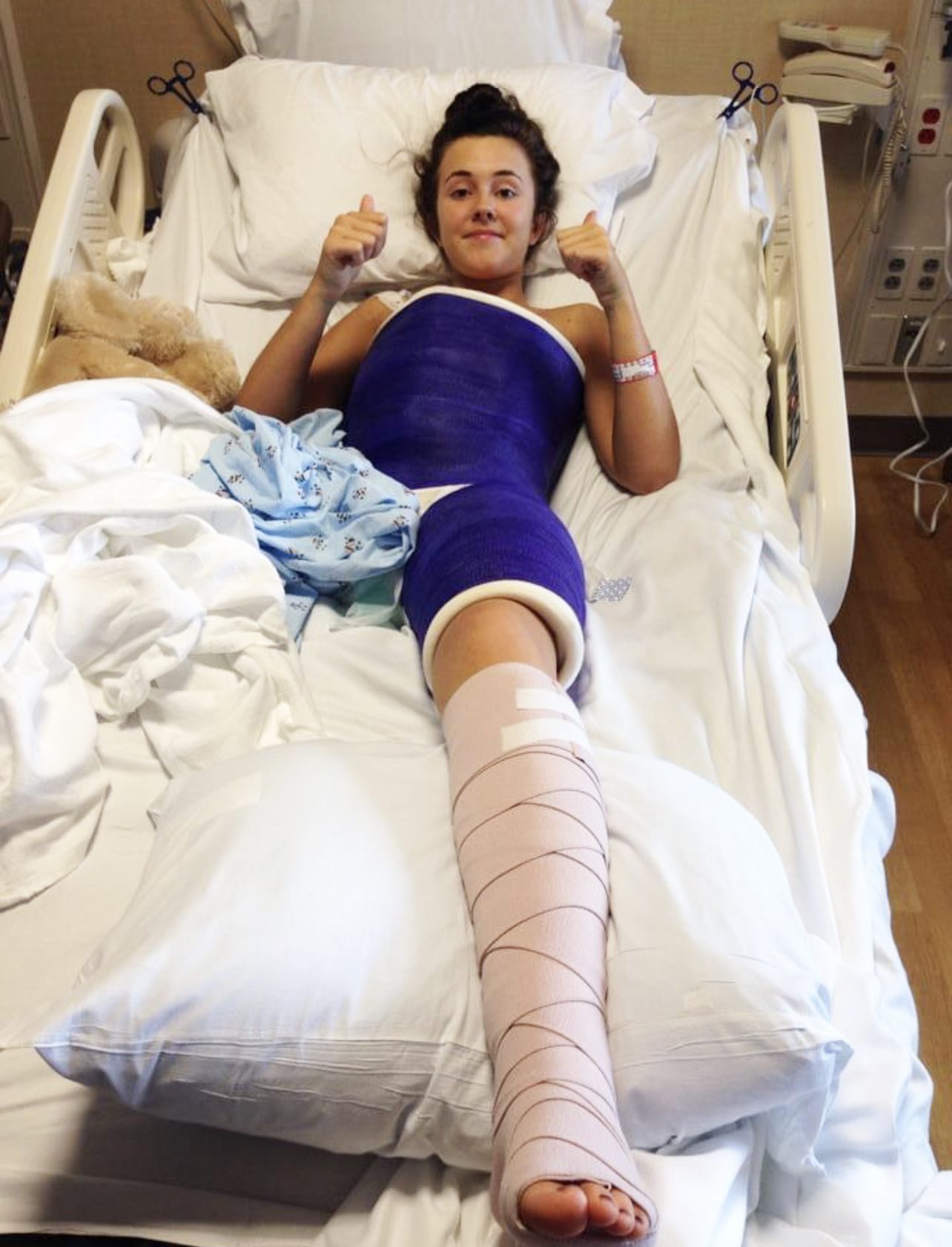 Hanna after her hemipelvectomy amputation

A ray of sunshine in the storm.

She graduated high school in 2012 and enrolled at the University of Minnesota-Duluth. It was a challenge to not only adjust to a new normal but to take on college life in a wheelchair. With her upbeat, positive attitude, Hanna persevered.

A chance encounter at an elevator opened the doors for her to play competitive sports once again. A fellow student who was also in a wheelchair introduced her to sled hockey, which is exactly that—hockey played sitting down in “sleds”. Sled hockey is the adaptive form of able-bodied hockey.

Hanna was hooked, and thanks to her athletic skills, she picked up the sport quickly. She played with a men’s team, the Minnesota Wild, as the only woman and most notably, for 4 seasons with the Team USA Women’s Para Ice Hockey team which aspires to promote and grow the sport for disabled women. 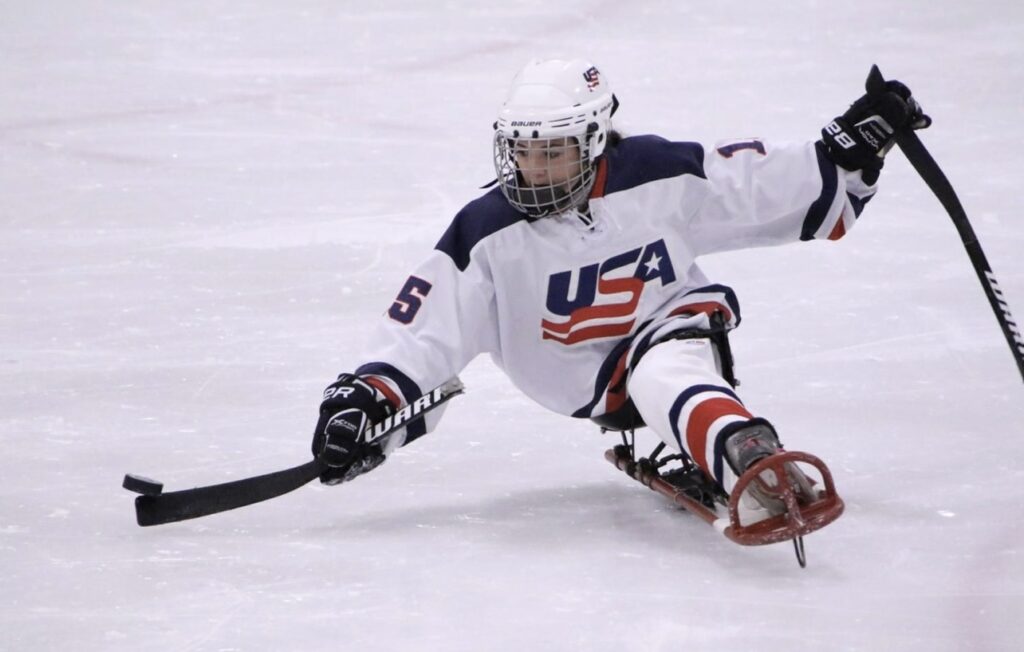 At her 10-year cancer check-up, Hanna was given the “all clear”. But it came with a hiccup. Testing revealed she had a rare disorder called Li-Fraumeni Syndrome. She carried a gene mutation which put her at risk to develop other cancers, particularly breast cancer. It was advised Hanna get a double mastectomy to avert that risk and be on a strict screening protocol thereafter.

After the surgery, Hanna devoted time and space on her blog to raise awareness and share information about her story – in hopes of helping others walking similar journeys. Her blog is honest and genuine with real-life information about the health issues she faces.

Sunny skies after the storm.

In the years since her diagnosis, Hanna married her soulmate, completed her master’s degree, launched a full-time marketing career, adopted a sweet three-legged German Shepherd named Frankie and models for brands to help them be more inclusive in their campaigns. 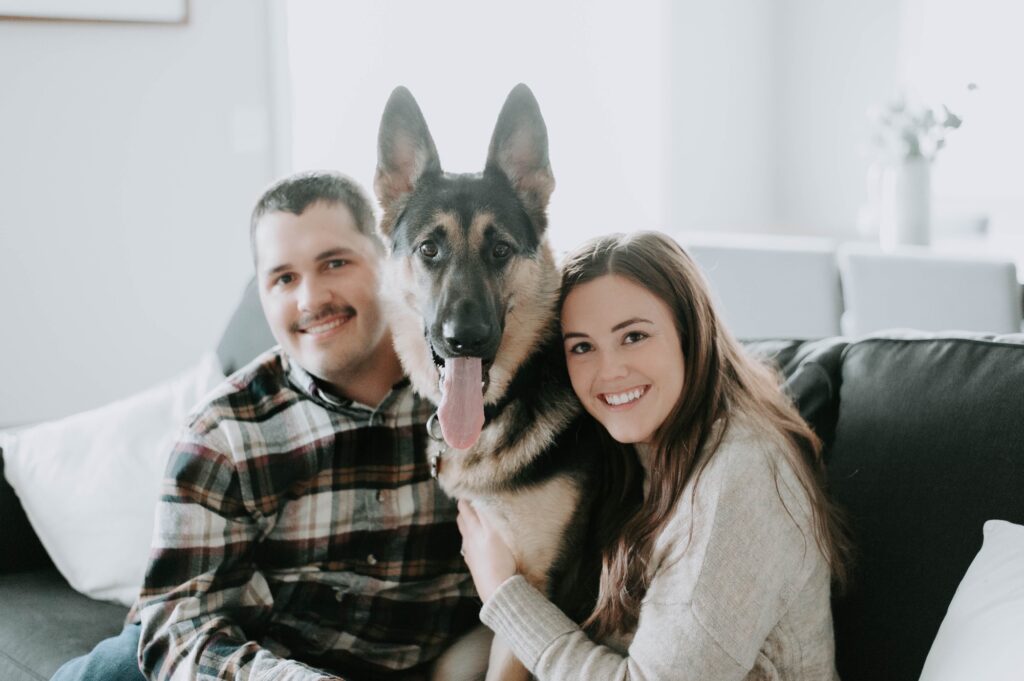 Hanna, Jacob, and their dog, Frankie

Despite the storm Hanna has been through, she still radiates positivity and humble gratitude—she is sunshine embodied.

And according to her husband, Jacob, Hanna is truly the nicest person you’ll ever know!