Justin’s year in the fight against neuroblastoma As I sit here and reflect on our last year, I can’t help but be overwhelmed with an extreme range of emotions. I can truthfully admit I wasn’t sure if Justin would be here this Christmas, not that I didn’t have hope and not that I didn’t think he could prevail, but because we didn’t have any treatment options available to us. Justin had multiple relapses, weakened bone marrow, low platelets and an ANC that was consistently low. We mustered through each day over the last holiday season, put a smile on our faces and prayed for something to turn up. Justin wasn’t ready to give up; I wasn’t ready to give up.

Lo and behold, our doctors in New York called and they had an opening on a new Phase I study. We packed up and jetted off to New York in the matter of a couple of days. We expected to be there a couple of weeks and ended up being there for almost three months. During that time, we watched as Justin’s cancer continued to progress from two spots, to four, to five, to six. I believe the antibody will be a cure, but with it being a Phase I study, the cancer was stronger than the dose and we were running out of time. We continued to travel back and forth, hoping the higher dosage would stop the progression, but unfortunately the cancer had other things in mind and continued to spread over the next couple of months. We stopped the study. 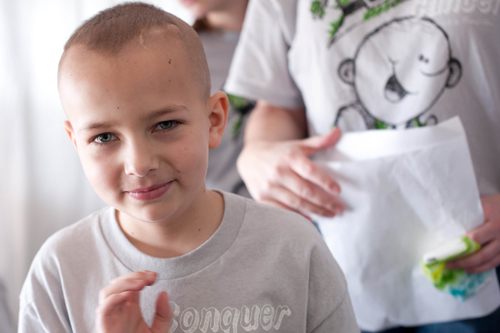 Our main concern at this time was to stop the progression of the cancer. With direction from multiple neuroblastoma experts across the United States we decided to enroll in the MIBG radiation therapy trial – our last chance. We really needed to stop the progression of the cancer. We checked into the “radioactive suite” where Justin spent close to a week in pure isolation. This was one of the hardest weeks we had to endure.

I will never forget the call we received. “I have bad news and good news,” he said. The good news was that the MIBG therapy not only stopped the progression of the cancer, it cleared all eight active spots and his bone marrow! They had rarely seen such a response, especially after only a single dose. We were elated! The bad news was facing the reality of this disease and that without further treatment, it would very likely return.

Throughout our journey, Justin has been fortunate enough to have opportunities open up just as they are needed. Our dear friend and nurse, Amy, at the Helen DeVos Children’s Hospital in Grand Rapids, called and said they are opening a study for kids like Justin – multiple relapses of neuroblastoma and currently NED (no evidence of disease), which is rare. The study was using a drug called DFMO. We flew to Michigan as quickly as we could.

September 2012 was truly the turning point in Justin’s journey. In September, he started the Phase II DFMO trial. He takes six pills a day – that’s it. “Piece of cake,” if you ask Justin. He is attending school full time, finally gaining weight, his hair is growing, and he has been able to have some additional medical items addressed. His quality of life is better than it has ever been; some might even consider it “normal.” Most recently, he even passed the long standing threat of cancer relapse at the six month mark. 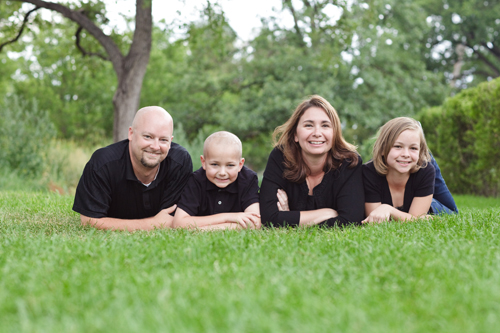 As we enter into this new year of 2013, it holds promise for Justin. It holds continued blessings, hope, and new adventures. We have never felt so free of the threat of the looming cancer as we do now. We are truly blessed and are forever grateful to the kids who came ahead of us and lost their battles while trying to find a cure for the kids behind them. We revel in the possibilities as we watch the kids we have walked through this journey with thrive and remain cancer free. We pray and hold on to much hope for the kids who are being diagnosed or have yet to be diagnosed and truly hope that one day a child does not have to experience life with cancer. All of these kids have and will continue to contribute their lives to find the cure for neuroblastoma and other childhood cancers – each and every one of them are true heroes.

Make a donation to the St. Baldrick’s Foundation to help give long and healthy lives to kids just like Justin.