‘Hopeful’: From a Mother of a Child Lost to Cancer 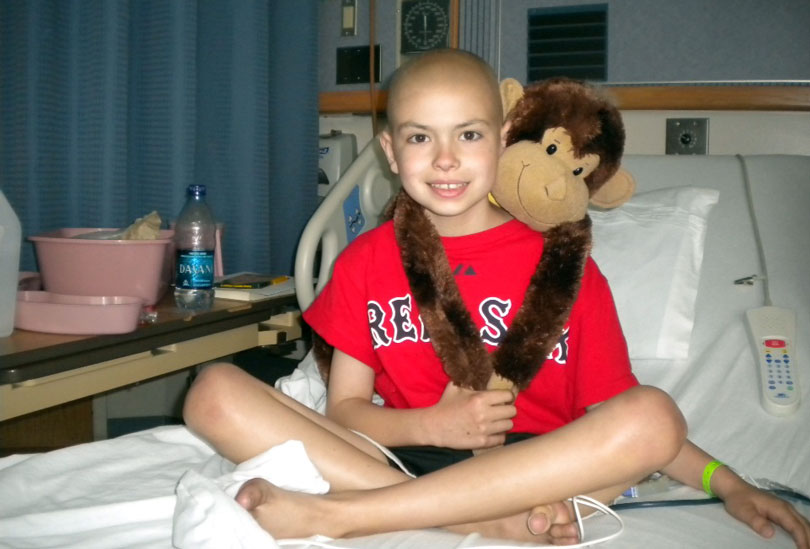 In March 2010 my family attended our first St. Baldrick’s event at Osborn Hill Elementary School. The event was being held in honor of my son, Teddy, who was in the middle of his battle against cancer. Friends, family, classmates and neighbors all came together that night.

And for the first time since Teddy lost his hair from treatment, he took off his red hooded sweatshirt (which he wore constantly), because, as he said, “I’m not the only bald person here anymore.” 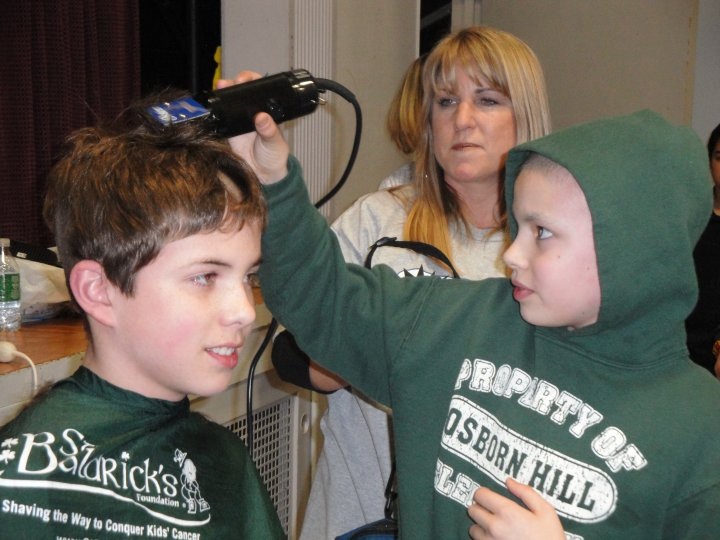 Teddy shaving his brother’s head at the 2010 Osborn Hill event.

We were hopeful that night. With so much love and support, how could Teddy’s story have anything but a happy ending? Unfortunately, this was not the case. Despite our best efforts, and the hard work and dedication of Teddy’s doctors, Teddy died a little over five months later.

Last week, my family attended our third St. Baldrick’s event at Osborn Hill – the second one since we lost Teddy. In some ways, the evening was a microcosm of our lives throughout the nine months Teddy was sick, as well as the year and a half since his death — happy times, seeing friends and sharing memories, interspersed with moments of breathtaking sadness and dull, aching loss. 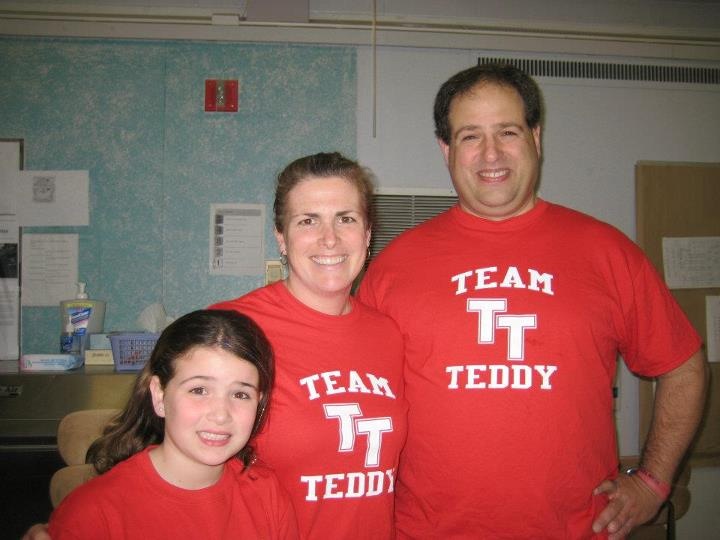 Teddy’s sister, mom and dad at the 2012 Osborn Hill event.

But we were hopeful that night too.

Hopeful that, despite the fact that Teddy has been gone for 18 months now, we still remember him so vividly, as do so many other people who loved him. Hopeful that this event, and so many like it, will inspire and educate people and help them understand how terrible childhood cancer is, and how much needs to be done to help children and families who are forced to endure treatments that don’t always help, and often hurt.

Hopeful that with each dollar raised at St. Baldrick’s events, we come closer to a world where childhood cancer is a thing of the past — and the only children who are bald are those who choose to be.

Join the cause against childhood cancers, and donate to help fund lifesaving cancer research today.