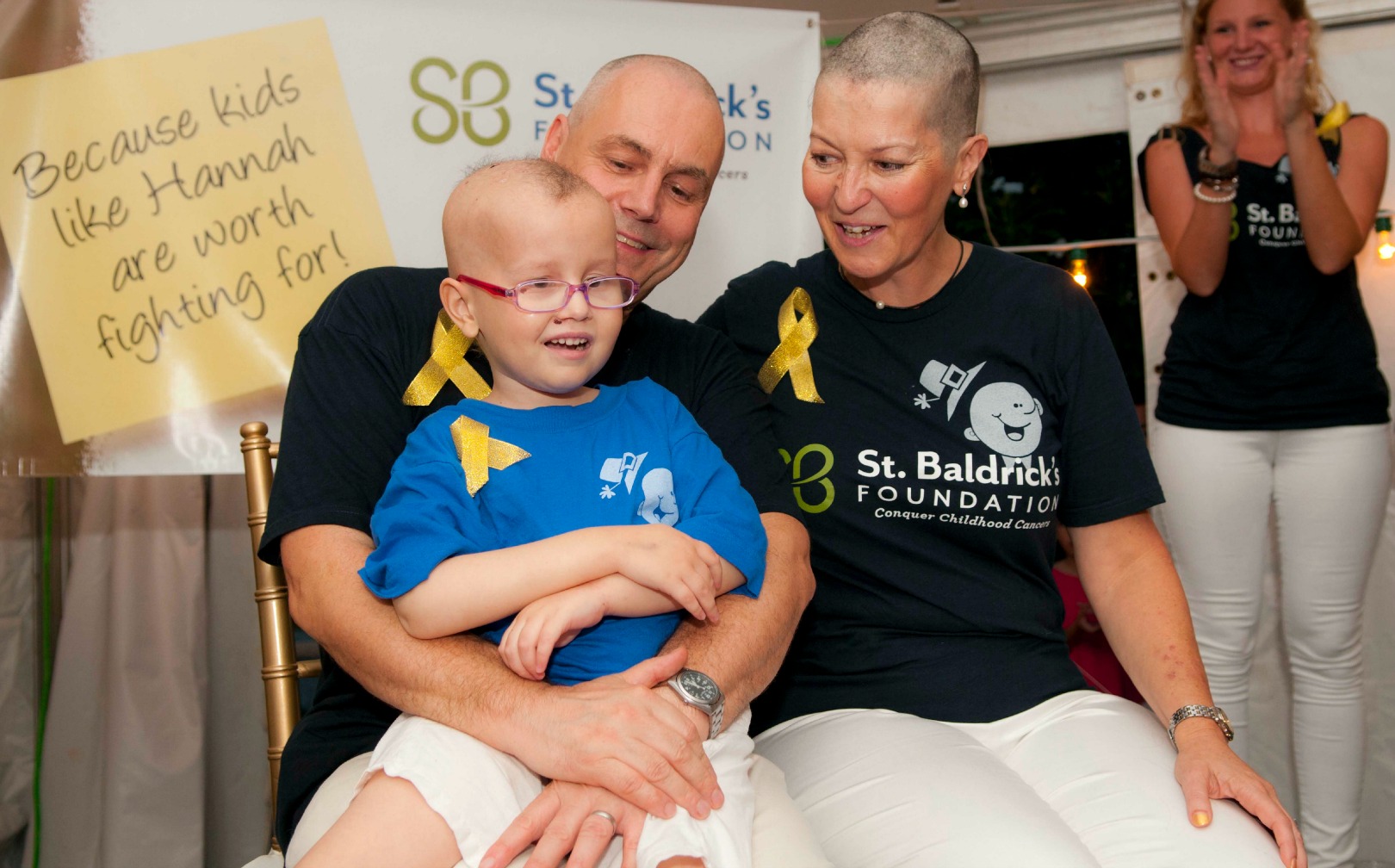 Hannah with her parents, Nigel and Gaylene. Hannah is 6 years old and battling anaplastic medulloblastoma, an aggressive form of brain cancer.

If you want an example of just how much can be achieved when an entire community comes together in support of a common cause, look at what happened last month in the Cayman Islands.

On September 20, hundreds of people gathered in Grand Cayman’s Cricket Square in support of Hannah, a 6-year-old girl who calls the Cayman Islands home but spends most of her days at MD Anderson Cancer Center in Houston, Texas, in treatment for brain cancer.

On July 9, 2012, Hannah’s parents, Gaylene and Nigel Meeson, took her to see her pediatrician when they realized she had been losing mastery of certain motor skills — she was falling over and bumping into things, she could no longer ride her bike, and she struggled to climb the stairs. Within 24 hours, the family was airlifted to Miami Children’s Hospital. Three days later, Hannah underwent surgery for a brain tumor.

The doctors told the Meesons that Hannah had anaplastic medulloblastoma, an aggressive form of brain cancer. She was classified as high-risk and immediately began high-dose radiation and chemotherapy treatments at MD Anderson.

Toward the end of Hannah’s six-month chemotherapy regime, the doctors found that Hannah’s cancer had progressed. The treatment wasn’t working. In that moment, her chances of survival dropped from 65% to five percent.

Hannah is now on a different three-drug chemotherapy cocktail.

“If this cocktail doesn’t work, we’re desperate,” Hannah’s mom said in an interview with Cayman 27 News.

“We have to find a cure for Hannah and all the kids dying every day. We all have to do something.”

Hannah’s parents know they are running out of options. For Hannah’s type of childhood cancer, there is no standard course of treatment to follow — doctors simply don’t know which options are most likely to yield the best outcome because so little research has been done.

The Meesons decided they were going to change that.

“We have to find a cure for Hannah and all the kids dying every day,” Gaylene said. “We all have to do something.”

Just like that, Heroes for Hannah was born — a St. Baldrick’s Hero Fund that raises money for pediatric cancer research to find a cure for Hannah and kids like her.

Last month, Heroes for Hannah organized the Cayman Islands’ first ever head-shaving event, raising over $200,000 for St. Baldrick’s. Hannah’s parents were among the 41 shavees who went bald in support of Hannah and all the children with cancer whose lives depend on research. 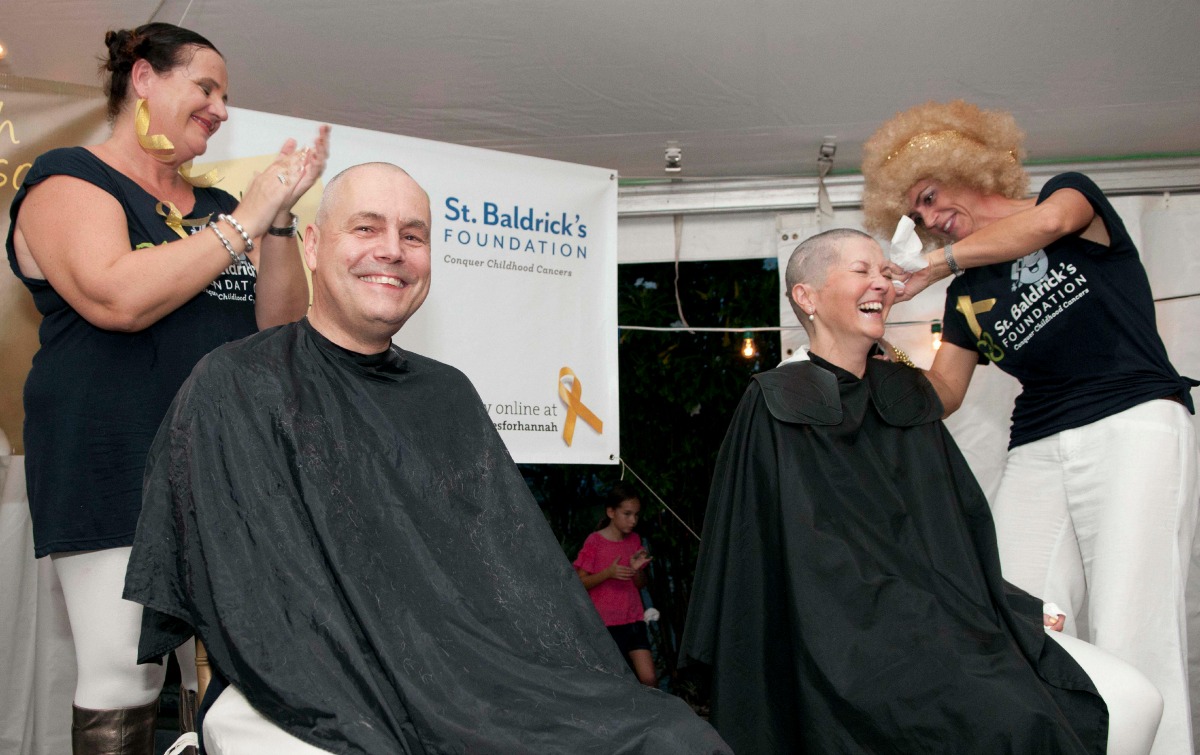 Hannah’s parents were among the 41 shavees who went bald at the Cayman Islands’ first ever head-shaving event.

The Heroes for Hannah movement is still going strong. On September 28, Grand Cayman’s Universal Fitness held a two-hour aerobics program, raising over $4,000. Hurley’s Marketplace continues to designate one sushi roll each day as “Hannah’s Roll,” giving a portion of the proceeds to St. Baldrick’s.

Gaylene wants everyone to know that every little bit counts. You don’t have to shave your head to make a difference for kids like Hannah, but that’s one way she’s going to raise awareness and help cure childhood cancer.

Be a hero for Hannah and all children with cancer. Get involved.