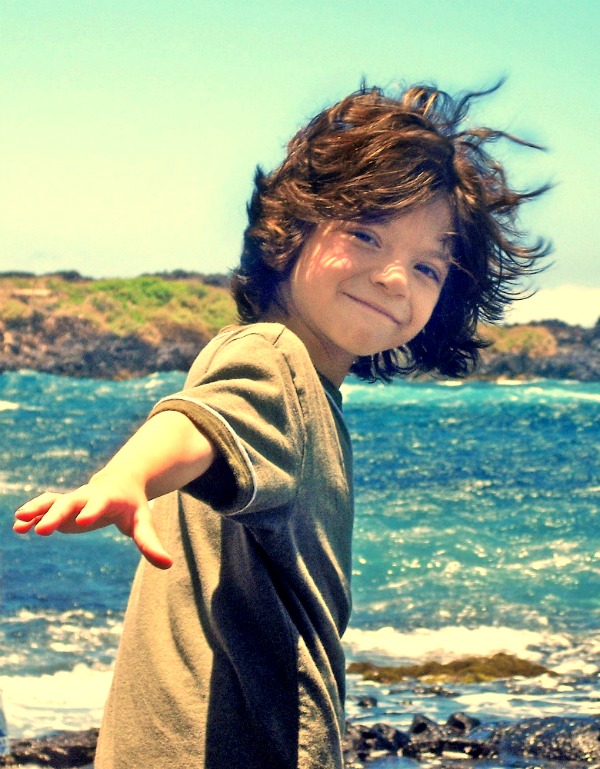 Ryan was diagnosed with childhood lymphoma when he was 5 years old. Ryan spent his last days at home in Hawaii before he passed away at the age of 6.

He no longer lives in this house on Robison Lane, but I feel him everywhere. He lives in our hearts now. Ryan was diagnosed with lymphoma on September 29, 2010. Ten months later to the day, he would be gone.

Ryan did well on chemotherapy at first, but then we learned that the giant tumor in his chest was still growing. With no treatment options left, Ryan was going to die. But I wasn’t ready to let go, and neither was Ryan. We found out about a clinical trial in California, and in one last effort to save his life, he was air lifted from Oahu to Los Angeles.

Ryan was on three types of chemotherapy in six weeks, in hopes that one of these chemotherapy drugs was going to be the one. We weren’t even sure the effects they would have on him, as these were all drugs designed and used for adults with cancer — none of them were intended to be used on a child.

One night in the hospital, my husband was sleeping at Ryan’s side, and I was up, sitting on Ryan’s other side, holding his hand. It was dark in the room except for the lights from the machines regulating his meds and antibiotics and nourishment. There were so many lines plugged into him, he looked like a tangled mess. He was breathing so hard and sweating. He said to me, “I feel like I am in a Jacuzzi.” I held his hand and thought, this is it; he’s going to die here right now. I felt helpless.

Ryan made it through that night, but in the morning, I realized something. We couldn’t let him die here, not in the hospital. It was time to go home.

I called my son’s pediatric oncologist from Oahu and told him that we were ready to come home. They warned us that Ryan probably would not make the flight home, but we had to try. It would be a long five-and-a-half-hour flight back to Hawaii, but he made it.

When we brought Ryan home to Hawaii, he seemed happier — more alert, more alive. At Ryan’s request, we took him to see a beautiful sunset at the beach. Another day, he wanted to see the koi ponds that he loved at the Japanese Buddhist temple. We did what we could with Ryan to keep him happy. Inside, though, it felt like we were all dying.

Two weeks later, our family sat out on our patio, and I was holding Ryan. I talked to him, and I told him somehow in a trembling voice, “We are so proud of you…You have been so strong, and I know you are tired, Ryan…You can go now, I will always love you! We will always love you! You will always be with us Ryan, always!” Ryan died there in my arms, at home in Hawaii.

We cried, and then we heard screams. Ryan’s 9-year-old brother, Cameron, screamed like he was on fire, “Ryan don’t go! Ryan come back!”

The screams would come from me days later, and they haven’t really stopped. I used to cry and scream so loud that my throat would become raw and sore until I couldn’t scream anymore – grief like crushing, pounding waves.

Pink plumeria petals float on the water, scattered in memory of Ryan. Over two dozen surfers paddled out with Ryan’s family as they rowed out in a canoe to spread Ryan’s ashes.

Ryan had the most beautiful memorial service at the last beach he played at. We call it Ryan’s beach. More than a hundred motorcycle riders from the island paid tribute to my little boy and gave us a biker escort to the memorial spot at the beach. Over two dozen surfers did a traditional Hawaiian paddle out with us as our family paddled out in a canoe to spread Ryan’s ashes.

The conch shell blew, and we released Ryan’s ashes into the sea. White doves were released on the shore. Pink plumeria petals were strewn into the ocean. A Hawaiian kahu conducted the service, and my husband and I read eulogies in front of surfers, bike riders, friends, and family. Ryan was truly loved.

I still struggle with accepting that Ryan is gone. I still scream from time to time, I still see him running on his beach, I still hear his little voice laughing, and I still wish with all my heart that I could change it all.

I will advocate for the rest of my life for Ryan, and for all children with cancer. We need to do more. Too many people are unaware of the reality of childhood cancer, and there is too little funding for pediatric cancer research — research that could have saved Ryan’s life.

You can help kids like Ryan. Raise money for childhood cancer research. 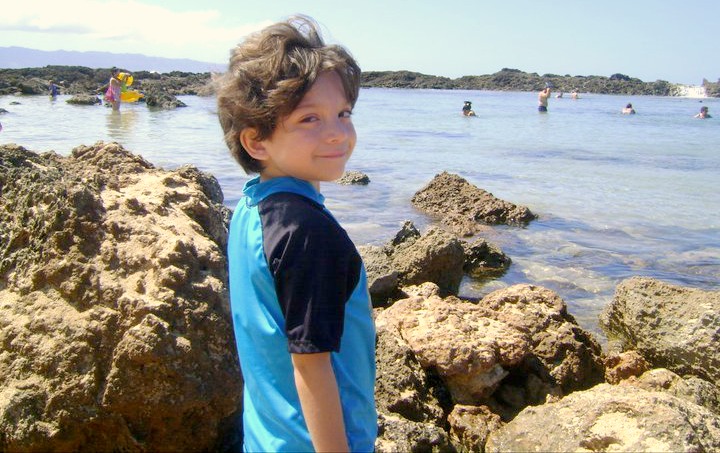