We don’t often think of St. Patrick’s Day as a holiday with gifts, but for my family, the entire St. Baldrick’s season is about giving and receiving.

Here is what we give: the hair off the heads of my boys, three-time shavee Braedan, 8, and two-time shavee and two-time childhood cancer survivor, Austin, 5. For the fifth year in a row, my husband Mark also gave his hair, with a bit more reluctance than his young sons (its return is less certain). 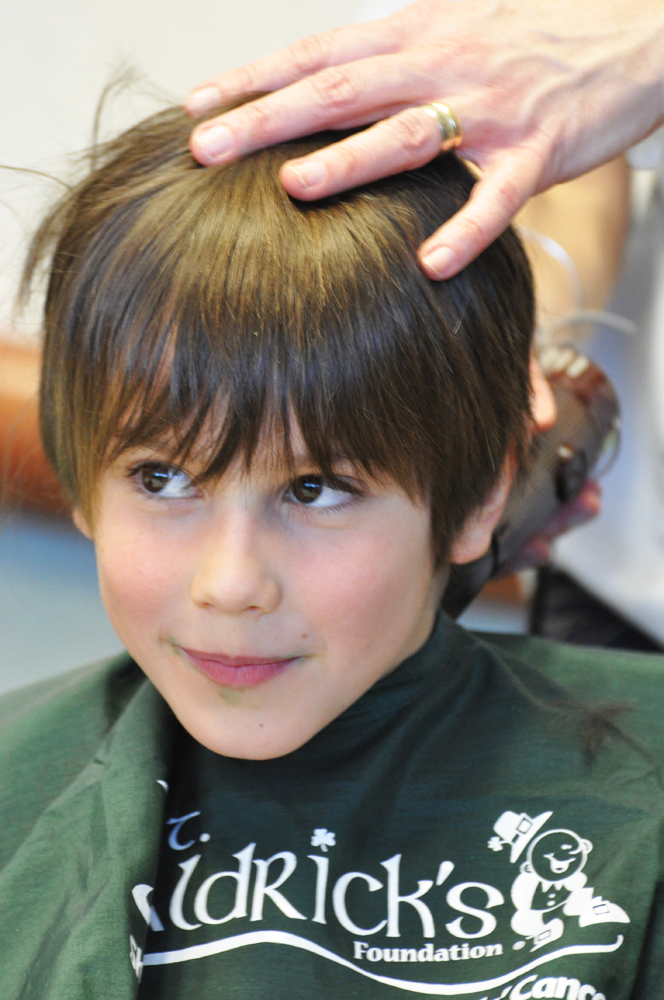 Braedan getting his head shaved.

And while I’m still not brave enough to go under the shears myself, I nonetheless find ways to give. Of course, I give money, but that’s the easy thing. I also give time and energy, this year organizing an event for children and teens with cancer that raised nearly $35,000 shaving 50 heads. And if you ask the parents of the kids who participated, I gave them something else: an opportunity.

An opportunity to make an impact on their world, to experience giving in a way that is tangible and meaningful. It can be hard for elementary school children to feel that they are able to truly “make a difference.” Shaving his head made one second-grader aware of his ability to change the world. “Mom,” he asked that night, “if we can help kids with cancer, can’t we help people who don’t have homes, too?”

Here’s another thing this event gave to our community: An example of courage and beauty and selflessness in the form of a female fourth grade teacher shaving her head. Her students, many of whom gathered to witness the act, received invaluable lessons about “the power of an individual to inspire others through her actions,” as described by the mother of one of Mrs. Glasier’s female students. “This will stick with them for the rest of their lives.” 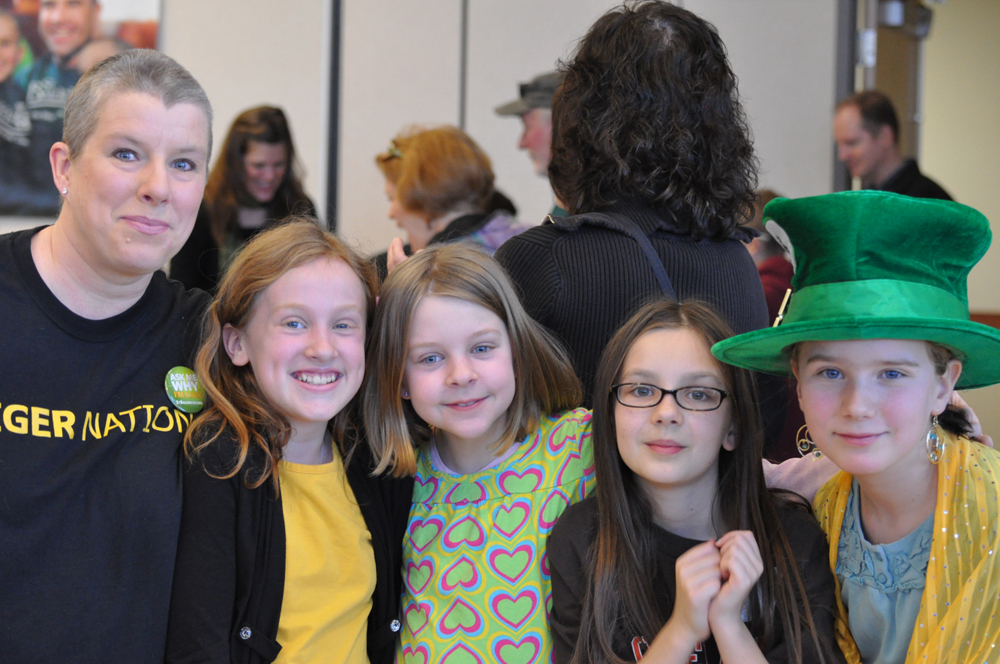 Mrs. Glasier with some of her students.

Here is what I’ve received through my involvement with St. Baldrick’s: The incredible gift of watching people, young and old, male and female, give of themselves — literally give a piece of themselves — to help my child and others like him. It is humbling and it is awe-inspiring to witness.

And here is, more importantly, what my sons received: the beautiful show of support and camaraderie from their friends and classmates who shaved alongside them. This year, thanks to our community event, neither of my sons had the only bald head walking into their schools on Monday morning. Quite the contrary. Austin had seven other preschoolers who shaved with him. And Braedan’s elementary school boasts 11 children who bravely went bald. What a beautiful sight to walk those hallways and see shorn heads in nearly every classroom. What a constant and visible reminder of the love that has surrounded us for all these years.

Childhood cancer is dark and ugly. It is a time filled with fear and sadness and worry. And yet out of that darkness and ugliness can come moments of intense beauty and light.

Those moments are the gifts we receive from St. Baldrick’s.

Give the gift of hope to children with cancer. Donate to childhood cancer research.