From the Boro to the Hill: St. Baldrick’s Shavees Advocate in D.C.

Six St. Baldrick’s shavees from Tennessee have been volunteering for years to raise money for childhood cancer research — but their dedication to the cause doesn’t end there. Read on to learn about each of these incredible individuals and how they went from head-shaving in Murfreesboro to advocating on Capitol Hill. 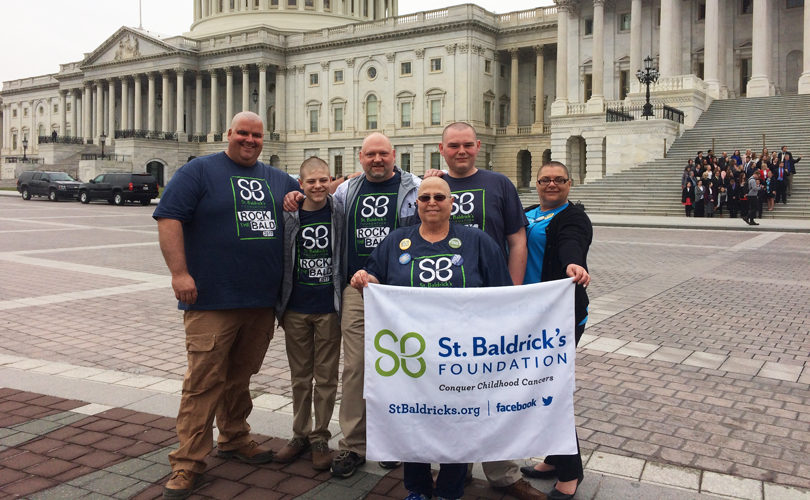 Jeremy attended his first head-shaving event in Georgia over 10 years ago after hearing about St. Baldrick’s from a college friend. As a pediatrician, Jeremy was moved by the St. Baldrick’s mission and the excitement he felt at the event — so he decided to bring that feeling little closer to home by starting an event in his hometown. The first “Bald in the Boro” event raised over $47,000, and Jeremy has been shaving with his son Isaac by his side ever since.

Learn more about the STAR Act >

“It was an eye opening experience to see the legislative process at work and be part of a delegation to encourage our elected representatives to support this bill. My hope and prayer is they and their staff will be eager to help get the STAR Act passed and give hope to children and parents that have had their lives changed by childhood cancer.” — Jeremy Harrison 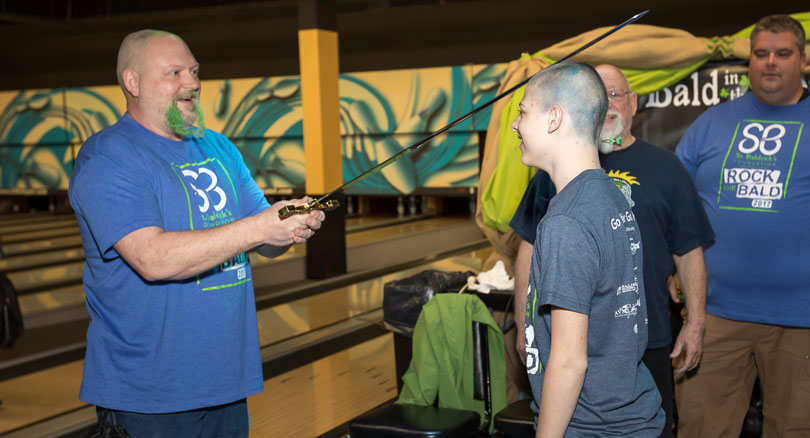 Jeremy knighting Isaac during the 2017 ‘Bald in the Boro’ event.

“My experience on Capitol Hill changed my perspective in the sense that I now realize how big the STAR Act is; how important it is. My view on childhood cancer has not changed much; I still view it as one of the most serious and deadly diseases on this planet and it needs to be cured, which is where the STAR Act comes in. I hope to have convinced my Members of Congress to sign onto the STAR Act to fund cancer research and find a cure.” — Isaac Harrison

But cancer will always be a part of Logan’s life. 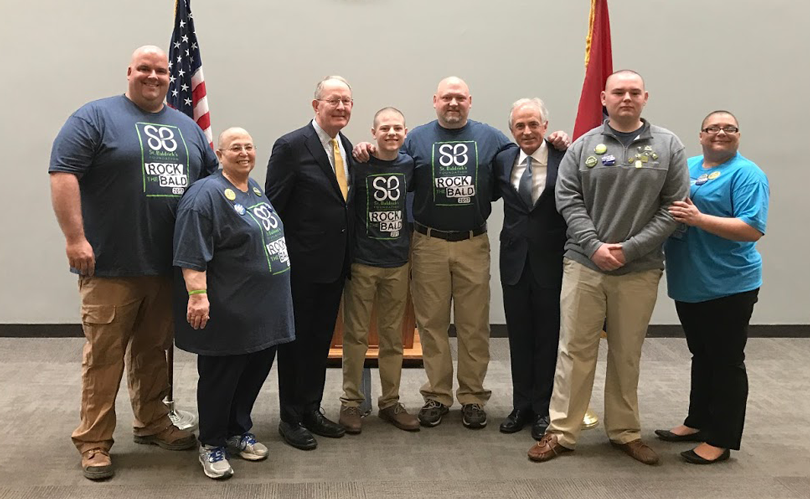 The ‘Bald in the Boro’ group poses for a picture with Tennessee Senators Lamar Alexander and Bob Corker.

Logan’s right shoulder blade and rotator cuff were removed as a result of the cancer, leaving him with only his muscle as a means to move his right arm.

Logan is also at risk for developing long-term declining heart damage as a result of the drugs he received during his treatment.

For Logan and his mom, Chris, the STAR Act is crucial. They know first-hand how important improving the quality of life for survivors of childhood cancer is, so they took their story to Capitol Hill to advocate for kids like Logan.

Marshall was Chris’ boss when Logan was diagnosed eight years ago, and he’s stuck by the family’s side through it all. Marshall has been actively advocating and fundraising for childhood cancer research ever since — something he believes is essential when it comes to forwarding a good cause.

Jeremy knighting Marshall at the 2017 ‘Bald in the Boro’ event and Marshall speaking with Senator Alexander.

“Advocates make sure that issues that are important to them are talked about with the people that can make a difference. Advocacy is absolutely essential to forwarding a cause, especially one as vital as childhood cancer research. I hope by meeting my members of Congress and their staffers that they understand that this bill is vitally important to the people of their district. I think we made them realize the real face of a bill that, up until now, is a fog of numbers and commas and talking points. I think they now realize the true impact of the disease, and what the potential impact is when they pass this act.” — Marshall Campbell

Joyce has always had a heart for kids with cancer. When she was 10 years old, a little girl in her town died from leukemia. Joyce can still remember the heartbreak she felt watching the funeral procession from her front yard. Joyce found the Bald in the Boro event five years ago, and she’s been shaving her head to fund childhood cancer research every year — an annual ritual she promises to continue until she is no longer able. 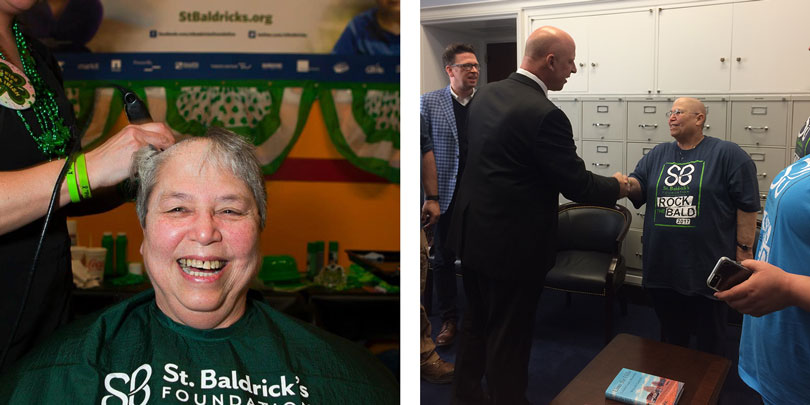 “I truly hope that all of the officials that we met and spoke with understood our heartfelt love, concern, and dedication to this effort. I hope they know from seeing all of us who shaved that we really do care, and we need their help for this very important STAR Act to pass.” — Joyce Tibbs

You don’t have to go to Capitol Hill to be a champion for childhood cancer. Join advocates across the country in an online effort to get Congress to step up and support kids with cancer.