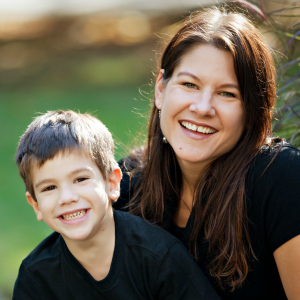 A few months ago, I happened to catch part of an interview on the radio with Willie Nelson. Must have been NPR or something, I don’t completely remember, but I do know that he was asked if he could recall the single greatest moment of his life.

He hemmed and hawed a bit and eventually settled on something great with a lowercase g, something mundane and everyday, like playing with his kids, or walking with his wife, or performing on a stage (everyday for him, at least).

Now, it’s likely that Willie Nelson simply can’t remember every hazy, blurred-by-pot moment of his life. But it’s also possible that sometimes the “best” moments are just moments, the simple everyday interactions with those we love: sitting on the porch with great friends eating delicious food, drinking wine and laughing til your stomach hurts. Or snuggling up in bed with your two sweet boys on a lazy Sunday morning. Or knowing, in a quiet easy sort of way, that you picked the right man with whom to spend the rest of your life.

My best moments, for the most part, are small: Austin dashing out the kindergarten door every afternoon and literally jumping into my arms, half big boy with his backpack slung over his shoulders and half sweet baby who just can’t wait to get back with his mommy again. Or Braedan leaning over after a particularly long chapter of Harry Potter to kiss me on the cheek and say, “Thanks, Mom. You do great voices.”

But every once in a while, there is a moment. A “The Moment” kind of moment, Great with a capital G. I had one of those one year ago today.

Every once in a while, there is a moment. A “The Moment” kind of moment, Great with a capital G.

I was exhausted and worried, more worried than I had ever been. I was trudging through each day, living by the motions only, trying with minimal effort to enjoy those beautiful spring days, the last before the storm of relapsed cancer and kidney failure that I felt certain was about to come. I still held on to a tiny shred of hope, planted in me by a double rainbow that appeared right when I needed it most. But it was tiny, that shred.

The day, Wednesday, May 23, was long — as those hospital days are wont to be. Following Austin’s MRI, we had returned home mid-afternoon and, when he seemed fully recovered, actually thought we might make it to his 6 o’clock baseball practice. So we ate a super early dinner and I sent him up to change into his gear. When he returned instead in footie pajamas, shivering from the after-effects of anesthesia, I knew I was wrong.

Now I have a funny sense about needing to fulfill obligations and still thought we should go.  Mark, on the other hand, is a bit more relaxed about such things and can see that a 5-year-old’s tee-ball practice falls pretty low on the must-do list in life, especially when you think he might be dying, so our plans quickly changed and home we stayed.

And good thing. Because mere minutes after the boys had trooped upstairs for baths, I went to check, yet again, for either voicemail or email containing some kind of news from our day’s tests. As soon as I walked into the office, the home phone rang and, glancing at our doctor’s cell number I picked up with a pithy, “Well, I’ve been waiting for you to call.”

“I’m on my way over,” he said, without introduction. Well, this man has come over before. And let me tell you, it’s never been for anything good. So all I could manage was sarcasm: “Oh, you must have good news to share, huh?”

“Yes,” he said in a voice both earnest and urgent. “The best news. I’m about to pull in your driveway.” And that’s the thing that gets me now when I look back at that day and can’t help but think, What if we’d gone to baseball practice? What if we were suffering through pop fly drills on the playground at Boulevard instead of at home when he pulled into our driveway?

All I could manage was sarcasm: “Oh, you must have good news to share, huh?” “Yes,” he said.

I yelled up to Mark but the bath water was running and god knows the boys are never quiet, so he heard nothing until the doorbell rang two seconds later. I was right there, Jeff didn’t need to ring the doorbell at all; I’d been watching out the window for his car. And he walked in the door waving the official results in his hand, and I couldn’t quite hear what he said beyond, “He’s fine; it’s nothing” and I cried and cried and cried in his arms like I’d never cried before. And Mark, hearing the doorbell, had come to the top of the stairs and could only see us down there both crying and his poor heart stopped but only until he heard laughter in our tears. Laughter in our tears because this was the best news. The best news.

And that will remain forever as my Willie Nelson moment, my best ever, stands-above-all-the-rest kind of moment.

But now, as my month of dwelling and reminiscing comes to a close, I look forward to much smaller moments. If I get nothing greater for the rest of my life than swinging on the swings alongside my family at our small Point Chautauqua playground with my feet hitting the sky as the sun sets brilliant purple and pink and orange over the lake, I’m okay with that. That’s plenty big for me. I’ve had enough big moments for one lifetime.