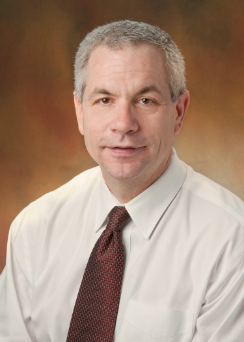 Even before he started medical school, physician and scientist John M. Maris, MD, was interested in neuroblastoma, a cancer that starts in young nerve cells and can spread quickly through a child’s body. It is one of the most common cancers in children, and the most common cancer in infants.

As he continued studying the disease, Dr. Maris became convinced that neuroblastoma was a genetic disease and that genetic research could unlock new treatments for kids with cancer. Since then, Dr. Maris has devoted his career to curing neuroblastoma, a passion that has fueled over two decades of research.

Since 2007, Dr. Maris has led a team of dedicated scientists and clinicians as the director of the Center for Childhood Cancer Research at Children’s Hospital of Philadelphia. Over the past few years, Dr. Maris’ team has identified the main genes associated with neuroblastoma. These discoveries have allowed Dr. Maris and his team to develop treatments that help children who have hard-to-treat cancers, or whose cancers have returned after treatment.

Together, the team at the Maris Laboratory and Research Program works to design more effective, less toxic cancer treatments to help children with cancer. These researchers are committed to making discoveries in the lab and quickly delivering new treatments to the kids who need them most.

The author of numerous research articles, Dr. Maris also directs the Pediatric Oncology Program in the Abramson Cancer Center at the University of Pennsylvania and serves as chairman of the national Children’s Oncology Group Neuroblastoma Committee, a research group of more than 200 institutions.

Now, as the co-leader of the Pediatric Cancer Dream Team, Dr. Maris brings his decades of genetic research to the table in an effort to discover new ways to help children with cancer fight back against the disease.

“In the past 20 years, very few new therapies have been developed for pediatric cancer,” says Dr. Maris. “This Dream Team has deep expertise in each of the most lethal pediatric cancers and includes thought leaders in the fields of genomics and immunotherapeutics.”

Dr. Maris says the Dream Team’s goal is develop new treatments by bringing together genetic research with new therapies that use the body’s immune system to fight cancer.

The Dream Team is slated to begin working together in July 2013, with the first clinical trials scheduled to open within the first year.