2015 Ambassador Daisy relapsed with medulloblastoma in September 2015. Since then, she’s been through surgery, radiation and chemo. Then she went in for scans to see if the treatment was working. Daisy’s mom, Natalie, shares the results. 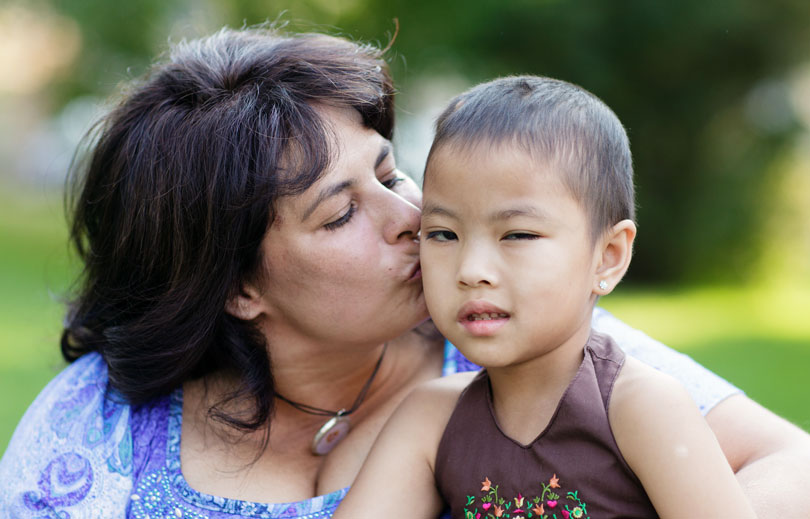 Daisy smiles as her mom, Natalie, gives her a kiss.

It had been 92 days since we heard the devastating news of Daisy’s relapse of medulloblastoma. Her brain and spine MRI was only a few days away, and emotions were high.

Her doctor at the children’s hospital told us that if the scan showed any progression of disease, treatment would stop. Our beautiful 9-year-old daughter would be put on palliative care.

The pain in our hearts was indescribable, but we refused to lose hope.

Many children do not survive a relapse of this cancer. But as we walk in the footsteps of other warriors who have fought before us, we walk with hope pushing us along the grueling way.

I was filled with anxiety.

In a few days we would learn the fate of our daughter. 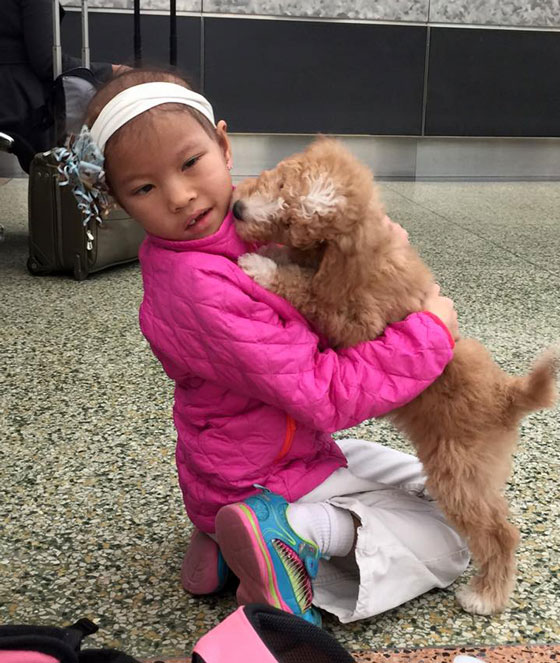 Daisy plays with her dog, Cupcake.

On the morning of the scan, we left our home before the sun rose.

I just wanted to sleep. I also knew I wouldn’t be able to sleep.

I wanted to forget all of this.

I wanted to wake up and have our old lives back.

Nobody spoke until Daisy broke the silence and told us one of her silly jokes. We all laughed. Even in my greatest time of stress and worry, she reminded me that everything was going to be alright.

We were able to stay with her as she fell asleep under the watchful eye of the anesthesiologist and other hospital staff. There was only time to plant a single kiss and say a silent prayer as we were quickly ushered out of the room.

By then, the hospital was waking up and people were shuffling in with their children going to various appointments. Don and I held hands while silently begging God to let the scans be clear.

It felt like forever before our pager went off.

We went to Daisy and bundled her up to go to our appointment on the familiar seventh floor. She continued to sleep for the next 45 minutes. We were placed in a room where she got an infusion of pentamidine, an antibiotic to protect her from pneumonia.

We waited what seemed like hours before a member of the team came to tell us the results of Daisy’s scans. 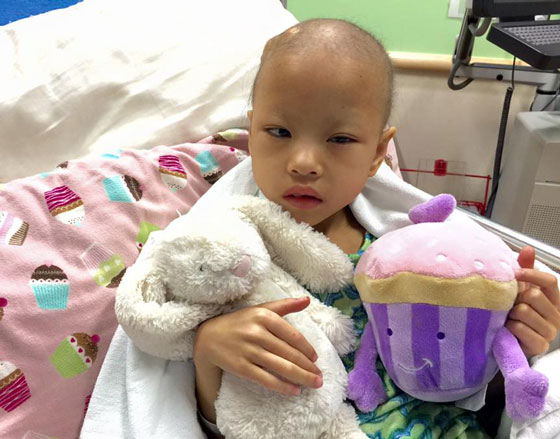 Daisy holds her stuffed bunny and cupcake before her scan.

I cried uncontrollable tears of joy. I couldn’t help it. My fear dissipated, and we relished the gift that we were given.

Our daughter was given the gift of life.

As we left the hospital, I told Daisy I was so happy I could do a happy dance. She laughed and laughed at the thought of it.

Our hearts are full today. Her laughter reminds us again that everything’s going to be alright.

Daisy’s team, Hope for Daisy, has already raised over $21,000 for childhood cancer research this year! Donate to her team and help kids like Daisy live long, happy lives.