Last week, 5-year-old Ambassador Chase got glasses. His mom, Ellie, shares the details of their eventful trip to the eye doctor, the ensuing diagnosis, and how it feels to know that Chase’s vision problems are a direct result of the treatment he needed to save his life. 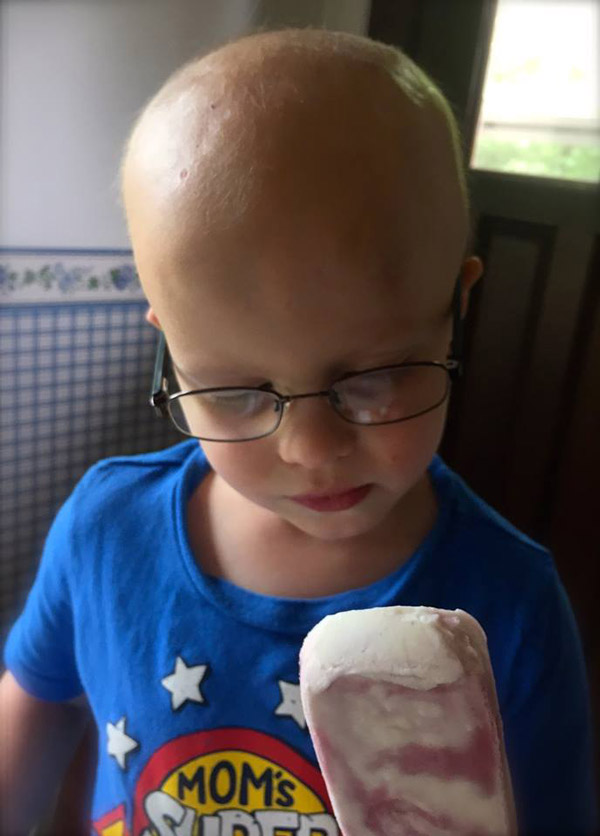 Chase examines a popsicle through his new glasses.

Some time ago, we were given reason to believe Chase might have cataracts.

As only Chase can, he went about the final diagnosis in the most interesting way possible. He went for broke in the eye department, having contracted pink eye before his meeting with the specialists.

The morning turned into a typical Chase-at-the-doctor type morning, logging in several hours start to finish, one bargaining session (“Come out from under that chair, Chase … I mean it, Chase …”), and at least one good, old-fashioned three-people-to-hold-him-down moment.

Can you imagine having your eyes dilated in the middle of rampant conjunctivitis? Chase could not. And to be fair, I wouldn’t put it on my wish list either. 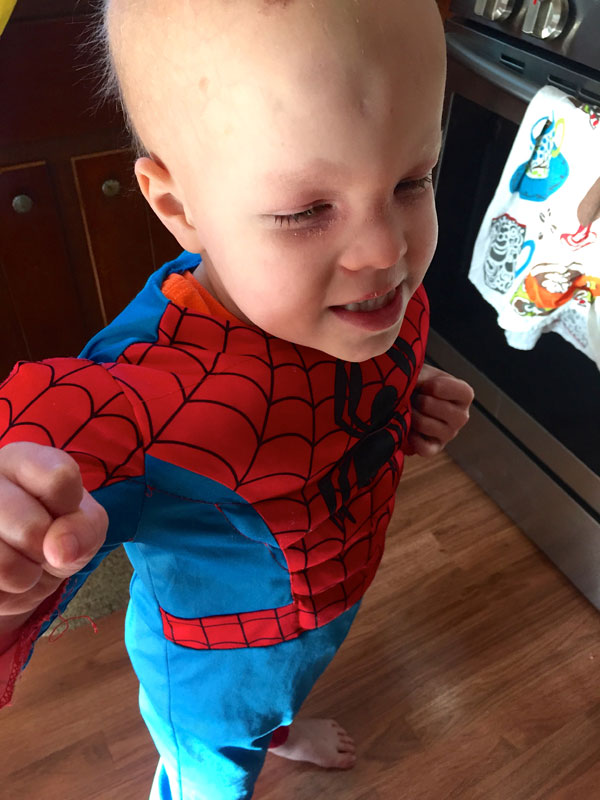 Whether it was the feeling of light sensitivity, not being able to see, or actual discomfort, I’ll never know, but he didn’t stop screaming for nearly two hours after the appointment and only stopped when he fell into an exhausted sleep leaning on my shoulder.

It was a Monday for the ages.

The less-than-great news is that Chase does indeed have cataracts and his vision is quite poor. The cataracts are being attributed to his radiation treatment.

Radiation — the very thing we elected to do when chemotherapy alone wasn’t working to take the cancer from his body.

Radiation — the component that very likely saved his life.

We knew these things might come. We’ve known them from almost the same day of his diagnosis, but that doesn’t mean it doesn’t hurt like a punch to the gut when you see him sitting in the chair, or hear the outcome and know it’s because of decisions you made.

This is the hard part of Chase’s life and treatment. The offered doors are two: death, or damage.  To date, there is no third door for ATRT.

However, even with all the difficulties, there is really good news, too. Though Chase needs glasses and will need to be monitored every few months for the foreseeable future, the doctor on his case indicated that Chase is still able to see around the cataracts and that surgery is not a necessity at this time.

We realize that cataract surgery is not a big deal as far as surgical procedures go, but when your anesthesia stats are in double digits already, it’s nice to be able to prolong yet another time going under and more work being done. 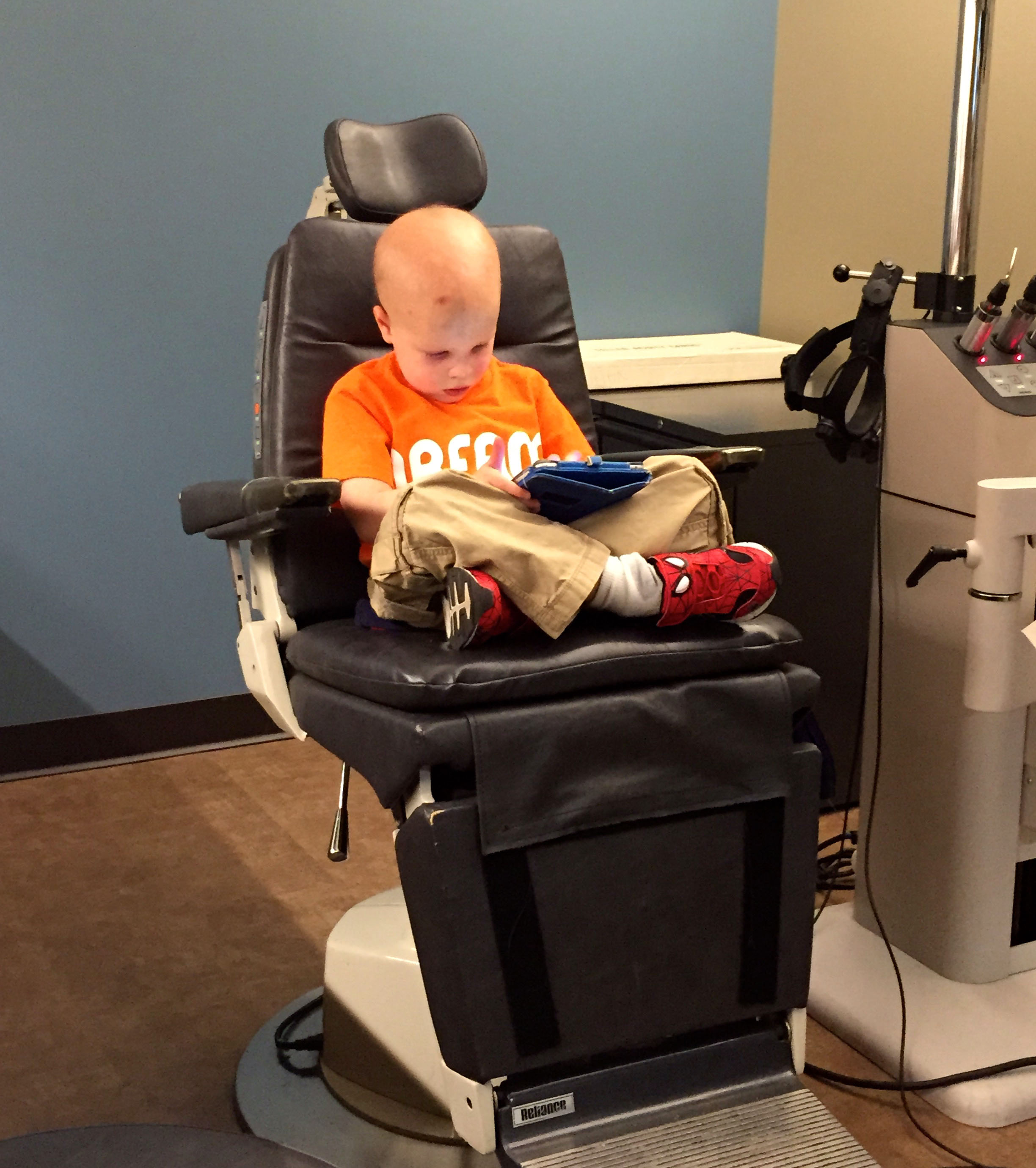 Chase is very concerned about his need to wear glasses.  He keeps asking me if he’ll be able to take them off at the end of the day and go back to being “me-me” — the phrase he’s using to define the real him — as if the wearing of them will turn him into somebody else.

We keep assuring him that he’ll still be Chase even with the glasses on his face and that many people around him — many that he knows and loves — all wear glasses. The glasses won’t change his person, just his sight.

And given how poor the number on his current vision is, we look forward to opening up life for him and allowing him to see more.

As always, we’ll take it … moment by moment.

We’re funding research for better, safer cures for kids like Chase. You can help.