Dr. Jeffrey Lipton claims that the St. Baldrick’s Foundation doesn’t receive all the credit it deserves for developing a pipeline of young cancer researchers.

“Without the Foundation, many of today’s experts would never have embarked on basic, translational or clinical research on pediatric cancers,” he said. But, you could just as easily argue that St. Baldrick’s wouldn’t be where it is today without Dr. Lipton’s efforts. 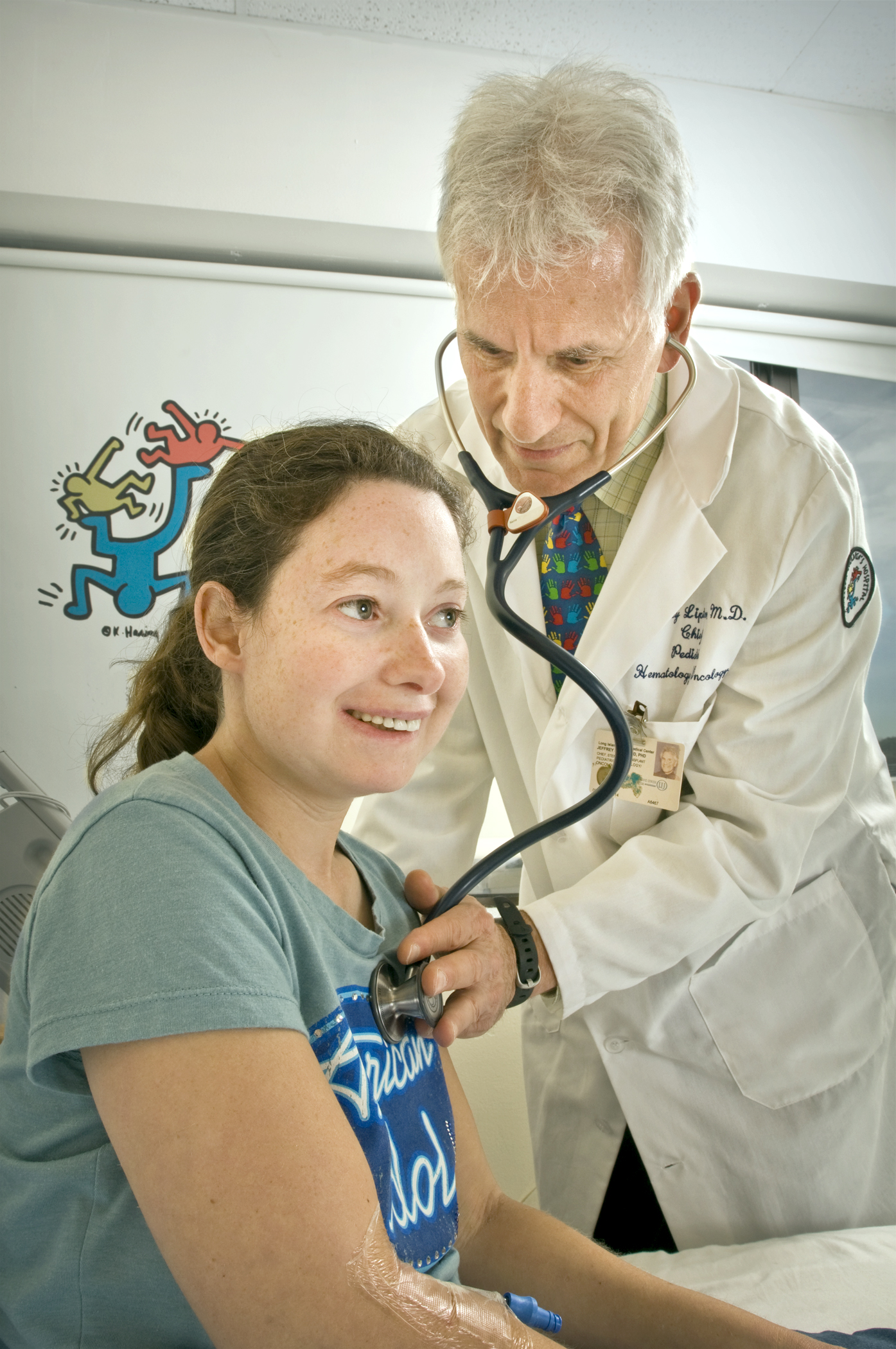 A long-standing member of the St. Baldrick’s Foundation board, Dr. Lipton has been the primary architect of what is now the largest non-government grant-making program for childhood cancer research.

Dr. Lipton currently chairs the Scientific Advisory Committee of the St. Baldrick’s Foundation. He is director of Pediatric Hematology/Oncology and Stem Cell Transplantation at Cohen Children’s Medical Center of New York and the Frances and Thomas Gambino Professor of Pediatrics in Hematology/Oncology and Professor of Molecular Medicine at the Zucker School of Medicine at Hofstra/Northwell School of Medicine in New Hyde Park, New York. Dr. Lipton is also a past president of the American Society of Pediatric Hematology Oncology, has won numerous awards, and has authored more than 200 scientific publications.

Research Focused on Blood Disorder That Increases Chances of Getting Cancer

Dr. Lipton was trained in pediatric oncology at the Dana-Farber Cancer Institute in Boston, but his research focus is actually a blood disorder called Diamond-Blackfan anemia, or DBA. The disorder isn’t cancer, but if someone has it, the odds of being diagnosed with a cancer are higher than normal – in some cases, 300 to 400 times higher than normal.

According to Dr. Lipton, the St. Baldrick’s Foundation founders “were great fundraisers. They came to me and asked if I could help them spend the money wisely.” The founders were interested in making sure there was a pipeline of qualified investigators studying childhood cancer so Dr. Lipton first suggested funding fellowships in order to build that pipeline. Indeed, he felt young physician scientists who showed potential as cancer researchers may not have been convinced that pediatric oncology was a viable career path.

To help ensure those fellowships were funded as effectively as possible, Dr. Lipton also involved scientists from throughout the pediatric cancer community to be part of the discussion – including what is now the Foundation’s Scientific Advisory Committee, and more than 200 other pediatric oncology research experts who serve as scientific reviewers. The result is a grant-making process that Dr. Lipton calls “the envy of the scientific community.”

This focus on training the next generation of pediatric oncology researchers led to more grants funding more research – now 10 grant types, moving far beyond the original training grants – and more doctors taking notice. The evolution continued over nearly 20 years of head shaving, with Dr. Lipton saying the pipeline of young doctors entering the field is now “more robust than I thought it would be.”

Why Dr. Arceci, and His Legacy, Matters to Dr. Lipton

Dr. Lipton credits another early St. Baldrick’s Foundation pioneer, Dr. Robert Arceci, with making a huge difference to the field of pediatric oncology. Dr. Lipton met Dr. Arceci in the early 1980s, and they began collaborating on research. The two shared a passion for developing the pipeline of new researchers that was so important to future progress.

“I learned soon after I met him that he was innovative,” Dr. Lipton said of Dr. Arceci. “We became collaborators and friends, and I knew the smartest thing I could do in my career was to call Bob, not just because of his intelligence, but because he knew the right people with whom to collaborate.”

Dr. Arceci became not only a renowned pediatric oncologist, but also editor-in-chief of the journal Pediatric Blood & Cancer; author of the textbook, Cancer Genomics: From Bench to Personalized Medicine; and creator of A Lion in the House, a documentary on childhood cancer.

Dr. Lipton oversaw the creation of the St. Baldrick’s Robert J. Arceci Innovation Award to honor Dr. Arceci, who died in a motorcycle accident in 2015. The award highlights Bob’s passions, including innovation, collaboration, and developing the next generation of researchers. In Dr. Lipton’s mind, the award offers up-and-coming researchers a “runway” to blaze research trails that might not have existed without it.

“The Arceci Innovation Award winners receive sizeable funding ($250,000 a year for three years) and have far more freedom than is allowed by traditional grants,” Dr. Lipton said. “Researchers do not apply, they are nominated, and we seek out those who need time and resources to explore innovative research on pediatric cancers that might have gone unexamined without the help of the St. Baldrick’s Arceci Award.”

Why Time and Innovation Are So Important to St. Baldrick’s

Dr. Lipton’s work is, in some respects, evidence of the value of exploration of diseases that may not appear completely related to childhood cancers, but, after closer examination in the lab, show similarities.

Diamond-Blackfan anemia, his area of research expertise, is a disorder predominantly of the red blood cells. According to Dr. Lipton, there are intriguing molecular aberrations similar to those acquired in many cancers, such as osteogenic sarcoma and leukemia. His research continues to look for reasons that conditions like DBA may lead to the development of cancers in children and adults.

“We have to have one eye on the lab, and another eye on patients,” he said. “This is something I try to impart to students who begin their training with my team: discoveries you make in the lab impact the patient, and you really should never forget that.”

Even if there’s not an immediate, obvious link between DBA and pediatric cancers, finding that link – and supporting others in the field who are pursuing different paths toward potential cures – is really important to Dr. Lipton. “It’s a big boulder that we’re pushing uphill. The hill keeps getting taller, but we do keep progressing. We’re closer to getting the boulder to roll a bit easier downhill. That’s what keeps me going.”

How St. Baldrick’s May Have Saved an Industry

Dr. Lipton stressed that the St. Baldrick’s Foundation’s work in pediatric cancer research may have saved the pediatric cancer research field. “I can’t emphasize enough that the foundation saved an enterprise. The support the St. Baldrick’s Foundation has shown for researchers at a time when support for important research is more difficult to garner, not just in allowing them to be innovative and brilliant, but in giving them the time, resources, and runway to showcase that innovation and brilliance is key. Without that support,e’d be hanging on by our fingernails.”

And, without Dr. Jeff Lipton and the experts he has brought to the Foundation, the pediatric cancer research field may not have grown to be as robust, innovative and forward-thinking as it is today.