Staying Hopeful in the Face of Bad News: An Update on Daisy

It seems like only a short time ago that we were celebrating clear scans. It was January 2016 and our daughter Daisy had been given the gift of life. We now find ourselves in the midst of a nightmare. 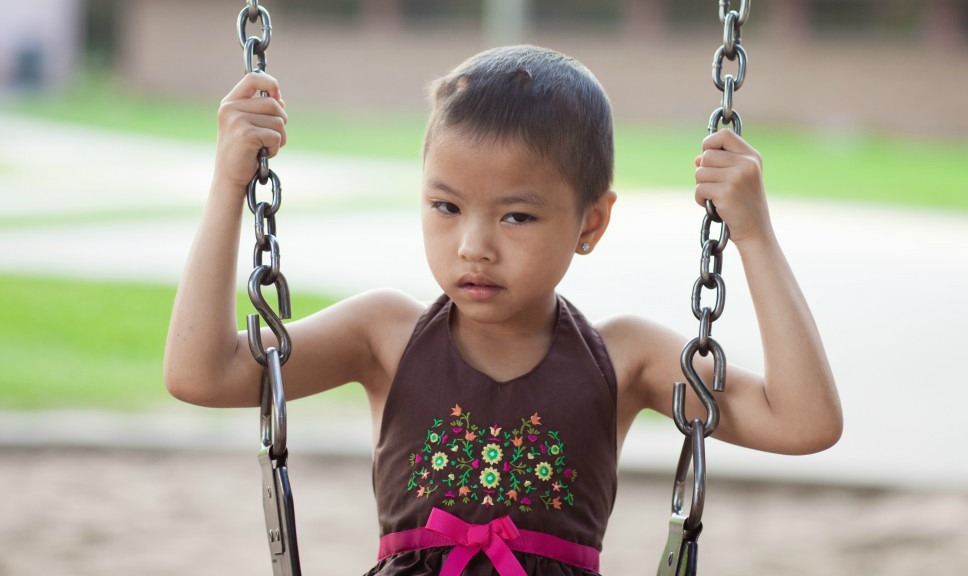 2015 Ambassador Daisy was diagnosed with medulloblastoma, a type of brain cancer, when she was just 6 years old.

In April, we received devastating news that a single tumor was found in our daughter’s brain after a routine MRI — exactly four years from her very first brain surgery. This is a second metastasis, which means it has spread elsewhere from the original tumor.

At this time they will not do full brain and spine radiation, as her tiny body has had all the radiation it can withstand and they believed that doing so would only produce another metastasis and probable paralysis. Our only option is a clinical trial to extend but not save her life.

We are desperate parents and will do whatever we can to add any length of time with our precious girl.

The pain is so overwhelming. Sometimes there are no words and I hope that God hears my desperate heart speak in between the torrential downpour of my tears.

Our hearts will never beat like they once did. We are like robots. We do what we need to do to get through the day-to-day things needed for both of our daughters, all while being brave and positive for them too.

After I told Daisy about her the tumor and her treatment, I had a few tears accidentally leak out. I pulled the car over to the side of the road. I had just told her that treatment was going to start tomorrow. She just replied, “Don’t cry and drive!” 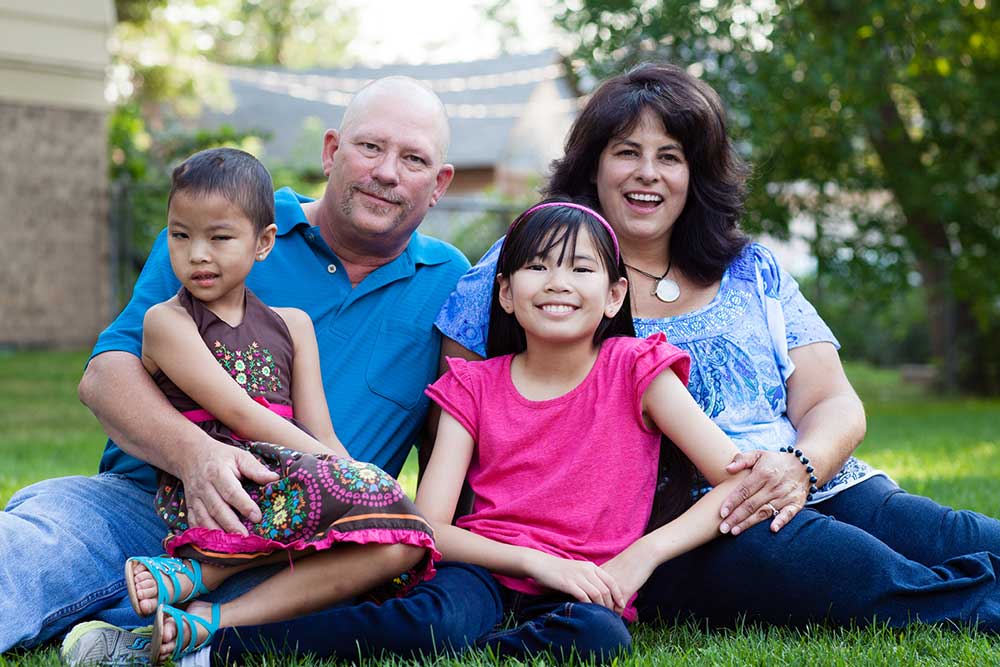 Daisy with her parents and her sister, Isabella.

The week after the tumor was discovered, Daisy started on a clinical trial that used a type of chemo meant for breast cancer. An MRI was done to see if there was any progression after 28 days of being on the drug. Afterward, the doctor asked to speak with us in the hall.

I cannot imagine what Daisy feels like when we all leave her to talk about her. About the scan.

Give Daisy and her family hope. Donate to the Hope for Daisy Research Fund for Pediatric Brain Tumors >

Standing in the hall, we were told the tumor had grown. This time, only slightly but too much to stay on the trial. She was taken off of the trial on May 30.

On June 14, Daisy began radiation mapping, when the doctors plan out exactly where the radiation will enter her brain and do a simulation of the procedure.

She was in good spirits and told her famous joke to the hospital staff right before she drifted off to sleep.

Why don’t you want to have a Pokémon in the bathroom with you?

As they all began to laugh, I begin to cry.

I took my seat in the waiting room where adults with various types of cancer were arriving to receive their radiation. Wiping my own tears, I wished more than anything else in the world it was me — not my 10-year-old daughter for the third time. 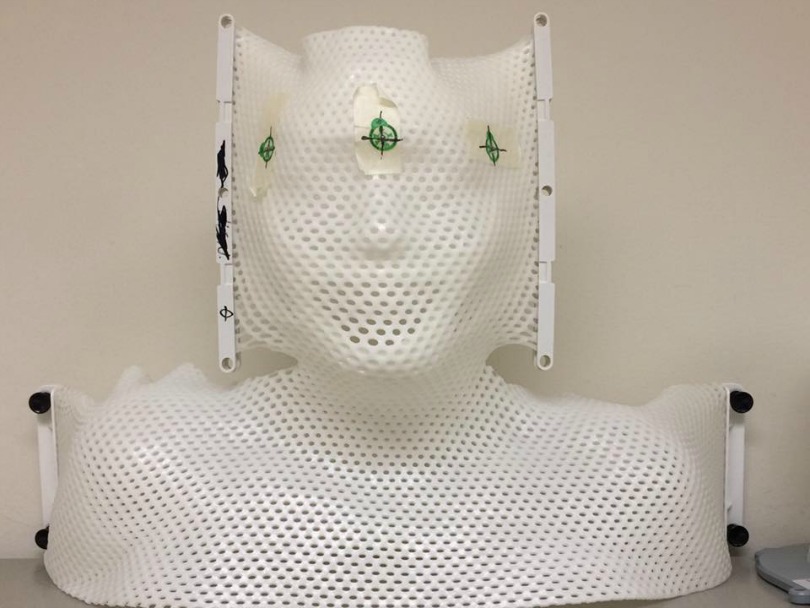 Daisy wears this mask during her radiation treatment.

She will have to wear a mask with markings on it that indicate where radiation beams should go.  They’ll tape her eyes closed, put the mask on and bolt the mask and her to the table.

She cannot bear to stay awake for this and will be sedated for each treatment.

She began focal radiation this week and will lose her hair permanently in the one spot they radiate for the next month. She says she doesn’t really care about hair anyway. I understand. There are so many more important things than hair. 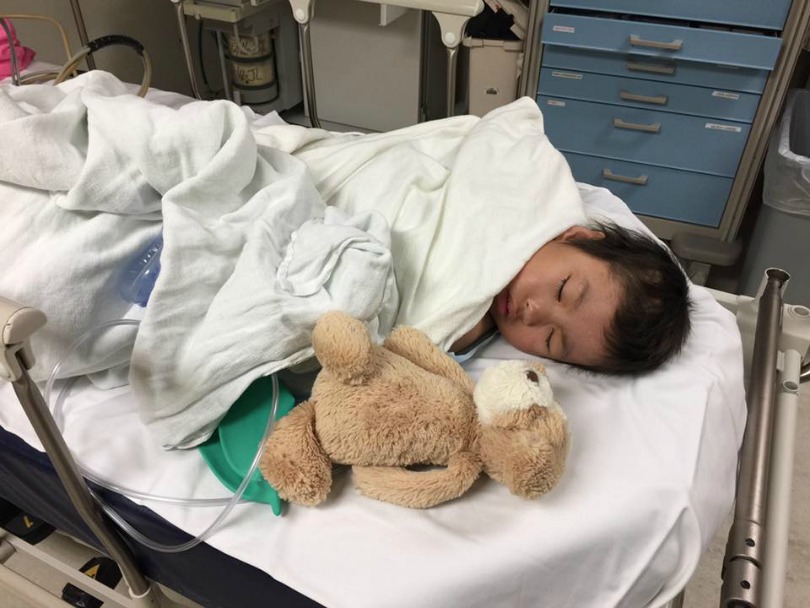 Daisy sleeps peacefully after being sedated for radiation.

Other plans on what to do are still unclear but doing the radiation will buy us some time to find the best treatment option for her.

We have all been learning to find joy in the journey and the simple things, because it is so incredibly hard. We do not want to have fear of the unknown control our lives.

We want to be positive and enjoy every moment, something that Daisy herself is teaching us all to do with her boundless spirit of love.

Let’s take childhood back from cancer, so kids like Daisy can get back to being kids. Fund kids’ cancer research today.

Read more about Daisy and her cancer journey on the St. Baldrick’s blog: