Alessandra’s Story with Brain Cancer and Down Syndrome [VIDEO] Alessandra and her brother, Luca.

Alessandra, an 8-year-old girl full of life and heart, was diagnosed with brain cancer two years ago. But her battle with childhood cancer was a little different than most.

“Alessandra was born with Down syndrome,” said her mother, Tina Ashamalla, “so it’s hard for a child with special needs because they can’t articulate what’s going on. We don’t know if she has headaches, we don’t know if she isn’t feeling well.”

After finding Alessandra drinking water from the tap every night, her parents knew something was not right. Alessandra and her family spent several months in the doctor’s office, trying to figure out what it could be, but were continually told not to worry. Eventually, doctors found three tumors in her brain.

Alessandra started chemotherapy two weeks later, and life, for her and her family, was turned upside-down.

Tina and her husband, Rob, immediately began seeking out doctors with cases like this. They needed to find a family in a similar situation, and a doctor who knew how to treat a child with Down syndrome with radiation. 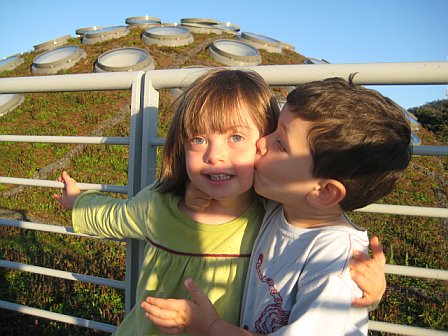 “The problem is that there is very little research done for brain cancer. Only 3 percent of our federal budget for cancer goes to pediatric cancer, for all pediatric cancers,” said Tina. “We actually asked if there was a national database to find out if there was any way to find families like ours in our situation with a child with Down syndrome and brain tumors. We found out there were no national databases as of today. Our doctor’s only recommendation was to call 300 hospitals.”

Alessandra spent 160 days in the hospital in one year. She missed school and endured difficult treatment including chemotherapy, radiation, and a bone marrow transplant with stem cell rescue.

In 2011, Alessandra was honored at the NetApp Sunnyvale St. Baldrick’s event, which raised more than $183,000 for childhood cancer research and contributed to the more than $3 million raised by NetApp events since 2007. Her mother, Tina, a senior manager for NetApp, was touched by the overwhelming support of the company.

This year, Alessandra was again honored at the NetApp Sunnyvale event on March 14, a fitting way to celebrate being cancer-free for nearly a year and a half. Both her 6-year-old brother, Luca, and her father, Rob, participated as shavees in the event and raised close to $15,000.

“There should not be any children dying of cancer,” said Tina. “We’re the lucky ones. We’re the ones who still have our child here. We’ve met too many families that don’t have their children anymore, and research could really help that.”

You can help kids like Alessandra. Donate to childhood cancer research.