Adjusting to a New Normal: I Survived Childhood Cancer Twice as a Teen

Kasie was diagnosed with childhood cancer not long after her 14th birthday. Now 22, she is a college graduate and recently volunteered at a summer camp for children and teens with cancer. You can help kids with cancer, too — get involved. 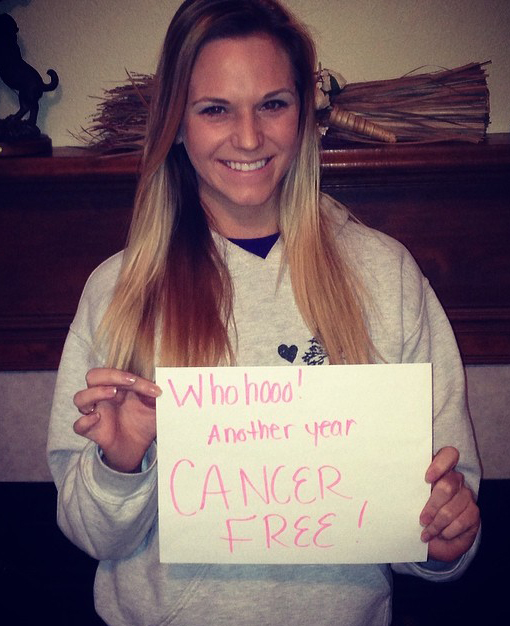 Kasie has been cancer free for 7 years.

It was a rough year. We blamed my depression on the move. My weight problem, we thought, was caused by the depression.

And all the other symptoms like anxiety and chest pains were probably from the fact that my family was going through a hard time. We were recovering from losing everything we had in Texas due to a house fire. I was starting a new school five states away and it seemed as if we just couldn’t catch a break.

Or maybe all of these symptoms were just because I was at that age when you act out and your body changes. I was 12.

About six months later, I was playing with a friend in the backyard when I touched my neck, suddenly noticing that it was massive and swollen. We made a doctor appointment and right away they put me on medication for my thyroid.

The next couple months were filled with a series of tests and way too many doctor appointments. After a biopsy of my thyroid, the doctor told me the results were “suspicious.” My family and I had to make the huge decision of what to do next.

My options were pretty straightforward: be safe, remove the thyroid, and deal with all the side effects of not having a thyroid; or I could avoid major surgery, keep my thyroid, and run the risk of having cancer that would spread if left untreated.

Eventually, about three months later, I had the surgery and the doctors found that I did, in fact, have cancer. 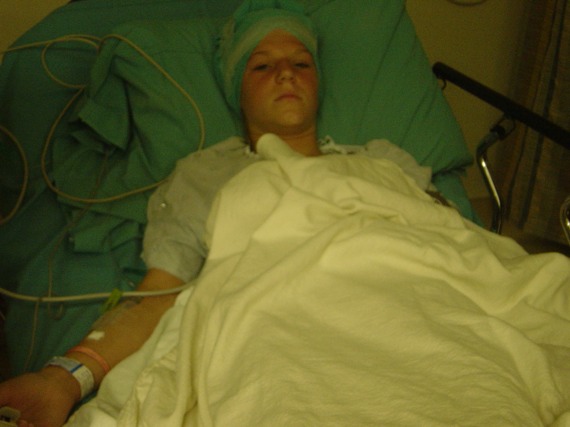 Kasie in the hospital after she was diagnosed with childhood cancer.

I transferred schools after my diagnosis. I didn’t want anyone to know what was going on and feel bad for me.

I started radioactive iodine treatments a week later. I had to stay in complete isolation in a room for days. All the hospital staff that entered the room treated me like I was toxic. I didn’t understand that technically I was and the radiation I was giving off could harm other people. So what exactly was it doing to my body?

I transferred schools after my diagnosis. I didn’t want anyone to know what was going on and feel bad for me. Having to see my family afterward was hard enough. I felt like a burden.

After what seemed like forever in the hospital, I was so excited when we received the news that the surgery and treatments got rid of the cancer and I was able to go home. That’s when I learned what remission was.

I was happy. I had beaten it and it could never come back again, right? I was excited to get back to school and friends, like a normal kid.

I wanted to get my life back to normal, but the normal I knew was gone forever.

A year later, it was October and I was in my first year of high school. It was homecoming time, and dress shopping and my first pep-rally were all that was on my mind — until we got the message.

“There are some areas showing cancer cells…”

I had just had my first yearly scan. I needed to pack up and get to the hospital immediately.

I remember being so angry. I didn’t understand why this was happening again. I didn’t want to go back; I just wanted to be like all the other kids at school. 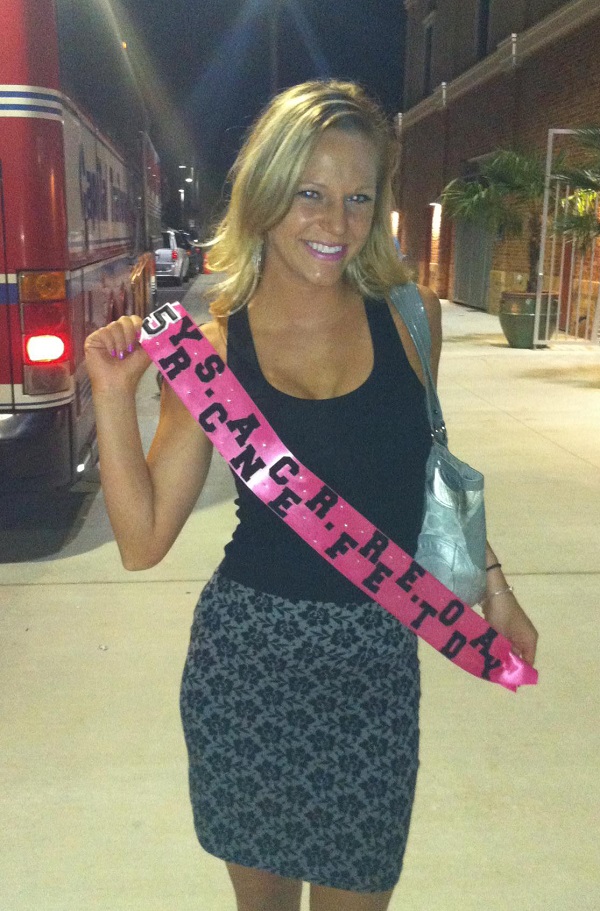 My body didn’t take this round of treatments very well. I was sick, fatigued, and my stomach wouldn’t hold anything. Those few days in isolation for treatment felt like a lifetime.

After this round, I again learned that they couldn’t find any more cancer and I was in remission.

I was so thankful. I wanted to get my life back to normal, but the normal I knew was gone forever. I would have to adjust to the new normal — the post-cancer normal.

After 10 years of dealing with cancer — and having been cancer free for 7 of them — I still find it hard to adjust to this “new” normal. I have more medical knowledge than the typical person. I’ve taken more medication than some will in a lifetime. I probably look at life in a completely different perspective than most.

But this new normal has taught me so much — most importantly, not to judge someone for what they’ve been through. Cancer does not label me as a person and it definitely doesn’t limit me from chasing my dreams. Anyone that has faced cancer shouldn’t feel limited, and they should never feel alone.

Show kids with cancer they are not alone. Be a shaveeSM or learn how else you can get involved.

Be a Shavee     Get Involved
Read more about teens with cancer: