‘A Short Life That Inspired Many’: Remembering Jackson

Tomorrow marks five years since Jackson, a St. Baldrick’s Honored Kid, passed away. His mom, Donna, reflects on his life, his legacy, and how you can help families affected by childhood cancer. 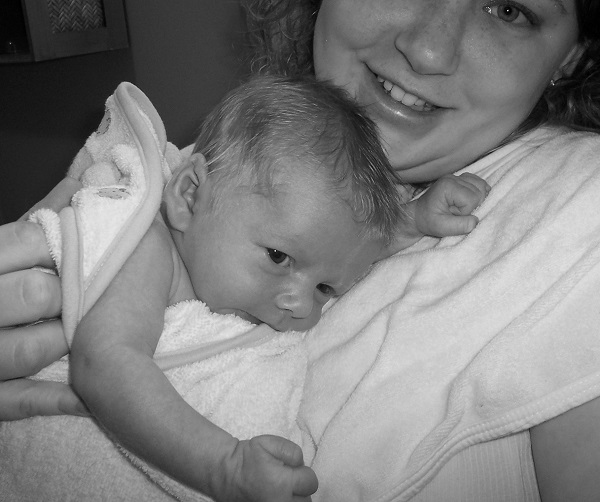 I always knew I wanted to be a mother. Some people want to be doctors, lawyers, or teachers, but my dream job was to be a mommy. My dream came true on November 7, 2006, when my son Jackson was born.

From the very beginning, Jackson had the ability to change people. He had this amazing gift to soften hard hearts, put a sparkle back in someone’s eyes, and to make everyone smile. Jackson was a lover — always hugging, kissing, and making sure you knew that he loved you.

As the 2008 holiday season was approaching, we noticed that Jackson wasn’t quite his usual, happy 2-year-old self. He was lethargic, he had difficulty keeping his balance, and he was unable to keep anything down. After a trip to the doctor’s office, we wound up in the ER.

After a CT scan, we received the news that no parent should ever hear: Jackson had a golf ball-sized tumor on the bottom area of his brain.

Scared out of my mind, Jackson and I spent our New Year snuggling in a hospital bed closely monitored by the doctors and nurses in the Pediatric Intensive Care Unit. Two days later, my brave little boy went into a six-hour surgery to remove the tumor from his brain.

The surgery was a success, but the pathology report showed that Jackson had medulloblastoma, a rare and difficult-to-treat cancer in children. He would need chemotherapy to make sure the tumor would not return.

From January to March we spent many days and nights in the hospital. Jackson took everything in stride, always inviting his nurses and doctors into his room to watch a movie, play with Play-Doh, or just to giggle. Rarely would you see Jackson unhappy.

We were hopeful up until the end of March when doctors found cancer cells in his spinal fluid. One week later, our precious Jackson passed in the loving arms of his mom and dad, surrounded by family and his caring nurses. 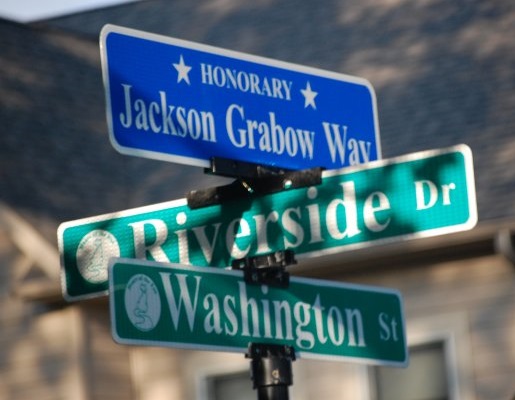 The city of McHenry, Illinois, dedicated a street to Jackson.

Looking back now I can see that Jackson was our angel here on Earth, and now he is our beautiful angel up in heaven watching over us. I am so proud of the impact Jackson has had on all the lives he has touched. He brought a community together and he made us all take a step back and remember what life is all about and how we should live it.

It has been almost five years since Jackson’s passing and his legacy is in full bloom. In July 2009 the city of McHenry, Illinois, dedicated a street to him, properly named Honorary Jackson Grabow Way. McHenry High School West had a maple tree planted in honor of Jackson, and next to the tree sits a large rock etched with his name and a fitting description: “A short life that inspired many.”

By getting involved and supporting St. Baldrick’s, people are helping give children like Jackson a chance to fight, and fight hard.

There are positive things that have come out of losing Jackson. I realized I’m more resilient than I ever thought I was. I can inspire and provide hope to others that they, too, can “survive” the worst pain any mom can ever endure. I can have trust in God again, even after my prayers weren’t answered the way I wanted them to be. I can honor my son by sharing his story.

And as Jackson showed us all, I am here on this Earth for a bigger purpose than I’m even aware of.

I am also so proud that my baby has made a real connection to the cause for the students and staff involved in St. Baldrick’s at McHenry High School West. St. Baldrick’s is an amazing organization and the McHenry Community Shave is something I look forward to every year. By getting involved and supporting this cause, people are helping give children like Jackson a chance to fight, and fight hard.

As his mum, I can tell you that is a huge gift.