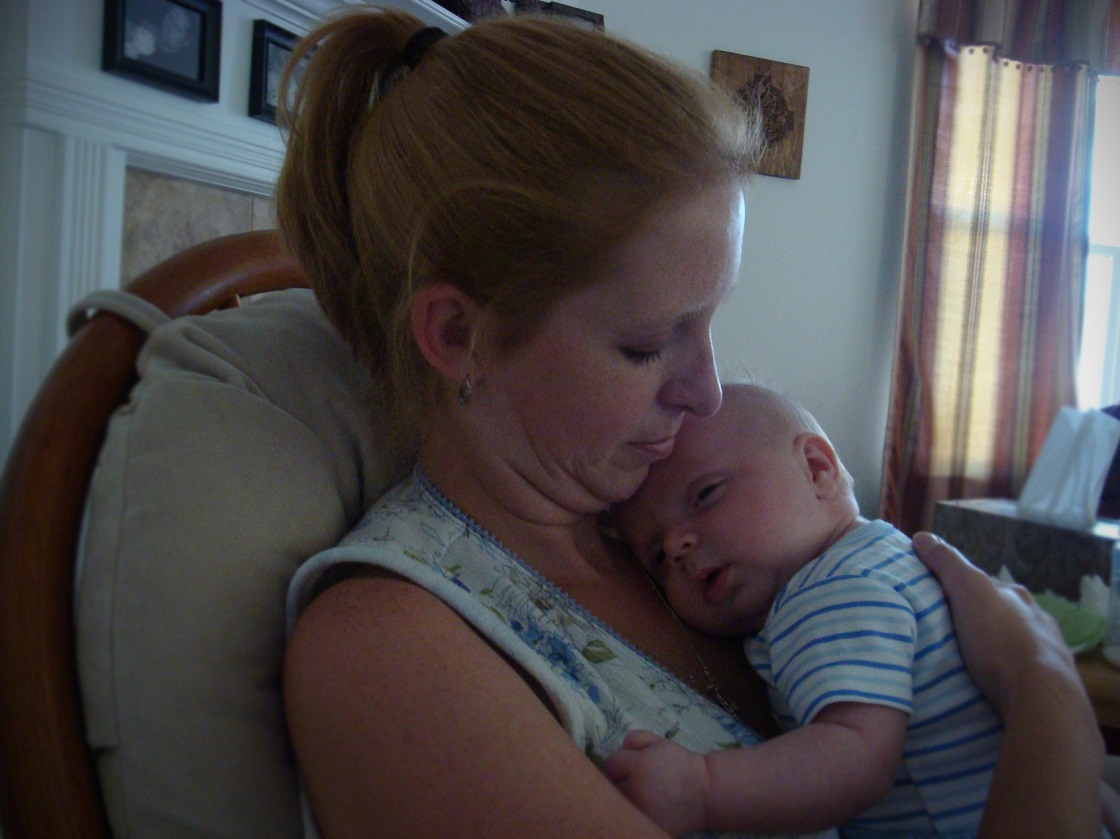 He had a mobile which played music in his crib, and a stuffed seahorse which played soft music given to him by his brilliant Aunt Leslie and Uncle Pete. And when all else failed, he had me.

I sang to him as he awoke from surgery, to let him know his sight was gone but Mommy was still there. I sang every time someone stuck him with a needle. I sang as I pinned my screaming toddler down so I could remove and clean his prosthetic eyes. I sang to soothe my hurting baby, and it worked most of the time.

Matthias with his mom. Matthias is one of five 2013 Ambassador Kids.

As Matthias got older, my singing became less of a pacifier and more of a pleasant game. When he was 2 and 3 years old, he would ask me to sing to him before bed or at naptime. It became much more of an enjoyable time. Before long, he was singing with me.

This past October we had our fall family camping trip. We love the sounds and smells of the woods, and camping is emerging as a favorite family activity. The first night out, we were sitting around the campfire, our bellies full from dinner, nibbling our sweet s’mores, smelling that smoky campfire smell, listening for owls and bats and other nightlife in the woods, feeling the cool night air offset by the warmth of the fire. Matthias asked me to sing. We sat under the stars, among the trees, bundled against the night air, singing the songs I had sung to him since he was a baby.

To him, it was just singing a couple of songs around the campfire. To me, it was my favorite moment of the entire year. 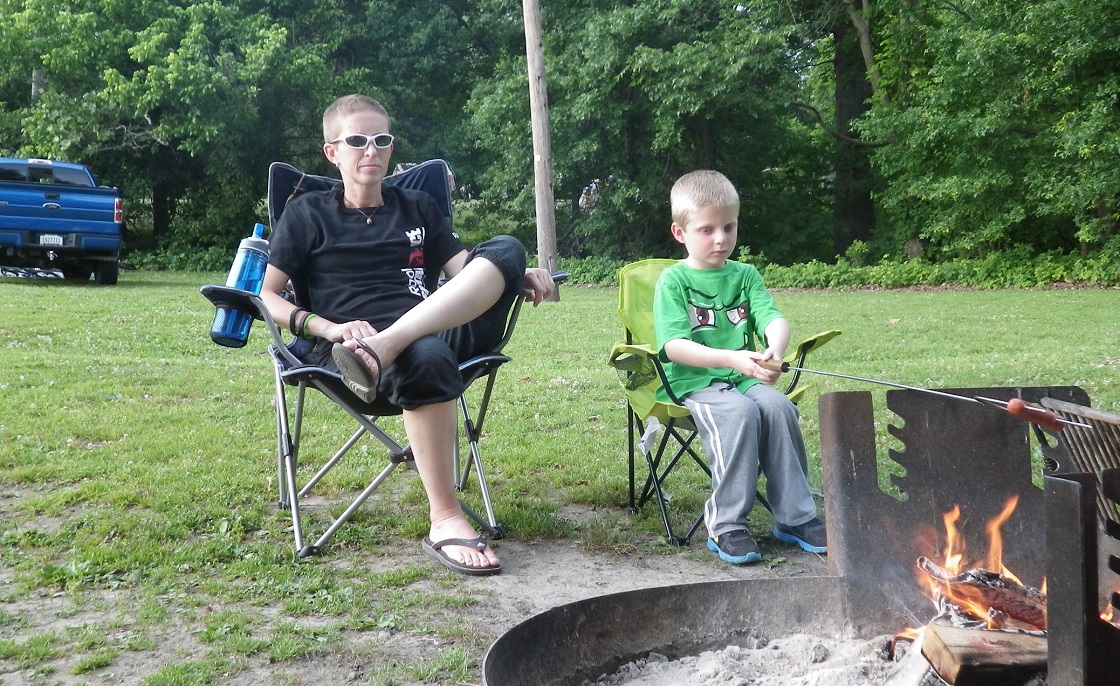 Matthias and his mom on their camping trip.

This has been a year full of amazing moments. We have been on TV and in the newspaper. We have completed Spartan Races. We have met incredible people and traveled all over the country. But the best moment of my year was sitting in the woods not far from home, singing with my children. It connected me to a time when I didn’t know if my son would live to see the age of 5, and I was filled with gratitude for just that simple moment of peace.

Singing got me through the toughest times of our lives, and now it enhances the finest moments.

Moments Like This
Like this story? Read more:
Meet Matthias
The Grandparents
Choosing to Smile and Remembering Ty, One Year Later
Waiting Room Thoughts: A Glimpse Into the Future
ambassadors matthias momentslikethis retinoblastoma