46 Mommas: The Superhuman Power of a Mother’s Love 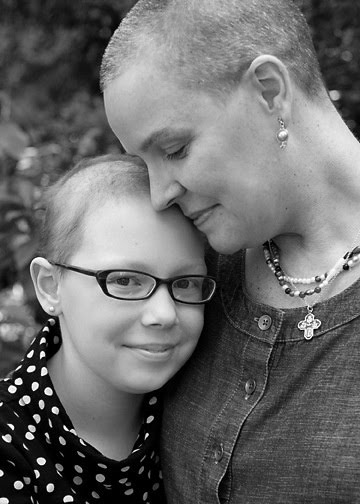 Courtney with her daughter, Georgia, who was diagnosed with childhood cancer in 2009.

I’m not much of a comic book fan, but I know a superhero when I see one. In fact, I have two living in my house: my daughters, Georgia Lee and Ivy Francis.

I’ve always known that they are MegaSmart,  DynaFunny, and UltraKind, but their greatest superpowers were revealed when Georgia was diagnosed with acute lymphoblastic leukemia (ALL) on December 31, 2009 — the day after her 10th birthday.

Georgia is poetry in motion. From Day One, she has been an active, engaged participant in her treatment and care. She is confident that she will be cured but knows that she has to fight to get there, and so she proceeds like the thoughtful, quiet warrior that she is.

Over 28 months of treatment, and now one year off treatment, she has faced every challenge with grace, determination, and, quite often, a smile. She has been patient and trusting, and I continue to be amazed by her courage.

Superhero sisters, Georgia and Ivy. Georgia was diagnosed with ALL, the most common type of childhood cancer, at the age of 10.

Ivy is The Caretaker. Just barely 6 when Georgia was diagnosed, she quickly embraced her role as Head Nurse/Cheerleader and could anticipate Georgia’s every need, even before Georgia herself. She had the ability to identify her patient’s various “looks” and informed me if she was tired, hungry, or “just not feeling well.” And, as complicated as it was, Ivy had the med schedule down pat and kept us all on track — and entertained. I am immensely proud of her bravery, her empathy, and the way she just “gets” it.

As a mother, I also want to be a superhero and protect my children from harm. But when cancer came calling, I was powerless. At first, anyway. But my family believes that “knowledge is power,” so we set out to learn as much as we could about Georgia’s specific diagnosis and childhood cancer in general.

As a mother, I also want to be a superhero and protect my children from harm. But when cancer came calling, I was powerless.

We started a blog to share what we learned and to help raise awareness of the lack of funding for childhood cancer research. And because Georgia was enrolled in a clinical trial (as are most kids in treatment), we searched for an organization we could support that was dedicated to funding the most promising research.

I first shaved my head on St. Patrick’s Day 2010 — on live TV! — to promote our hospital’s annual St. Baldrick’s event. It was a trial by fire, for sure, but in that moment, I took back some power from cancer. 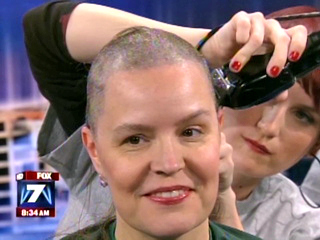 Courtney’s first time shaving for St. Baldrick’s was in 2010 as part of the Dell Children’s Medical Center fundraising event. Her shave was aired live on television.

Being bald for six months gave me countless opportunities to share Georgia’s story and to educate people on the critical need for research and St. Baldrick’s efforts to fill in the funding gaps. It also gave me the unique experience of navigating the world like my beautiful, bald daughter — something I will treasure always.

In 2012, I joined the 46 Mommas and shaved again in Los Angeles in honor of Georgia’s victory over ALL three months earlier. Standing in solidarity with not only my child and all children in the fight, but also with these women who had walked a similar path, was incredibly inspiring.

Courtney’s mohawk before she shaved it all off. “I felt like SuperMomma! It was amazing,” she says.

And now, I am so thrilled to bring the 2013 Shave for the Brave to my hometown: San Antonio, Texas. As part of the leadership team, I want to celebrate and thank every Momma — past and present — who has helped us reach our million-dollar goal.

I want my daughters to witness the strength and beauty of these women, united for their children, and the truly superhuman power of a mother’s love.

And for the first time, Georgia and Ivy will be with me when it’s my turn in the barber chair, so I look forward to sharing the moment — and the Mommas — with them. I want my daughters to witness the strength and beauty of these women, united for their children, and the truly superhuman power of a mother’s love.

Even though the 46 Mommas come from different places and walks of life, we all landed here in CancerWorld just the same. And regardless of the outcome of our individual journeys, we know that the fight against childhood cancer is never over.

We know that unless we DO SOMETHING, 46 kids will be diagnosed every weekday.

We know that one in five children diagnosed will die and two-thirds of survivors (Georgia, among them) will have long-lasting effects from treatment, some of which will not surface for years.

And we know that hair grows back, but kids don’t.

We will continue to be SuperMommas and raise awareness, hope, and funds for research until every child can be guaranteed safer, less toxic treatments and, ultimately, a cure. We will keep shaving our heads and making our voices heard until our children get the attention and care they deserve. We’ve already exceeded our million dollar goal, and we will not stop until we’ve conquered childhood cancer.

I mean it. Don’t Mess with Mommas, y’all.

Show your support to Courtney and all the 46 Mommas — make a donation! 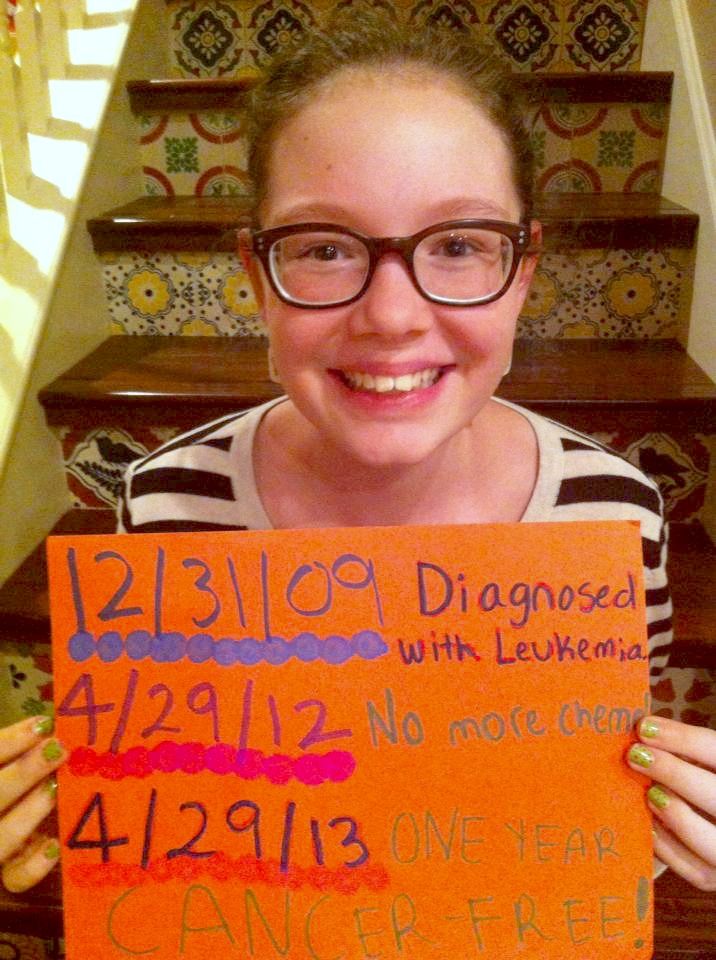 Georgia is now 13 years old and recently celebrated one year off treatment. She declared victory over ALL in 2012.