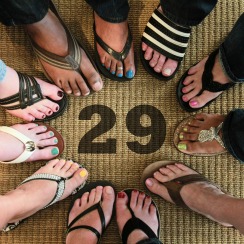 In less than five months, the St. Baldrick’s community has raised more than $29 million for childhood cancer research!

Our friends at AmWINS Group, Inc. are kicking off their shoes to celebrate this success and help raise even more money for the cause through their casual and flip-flop days. Since 2011, AmWINS has raised $28,000 for childhood cancer research through their Casual to Conquer fundraisers.

At their 2011 Annual Producer Conference, volunteers from AmWINS raised more than $250,000 in a “vote with your dollars” campaign, where the person with the most donations would shave their head. But by the end of the night, all of the contestants were inspired to shave, and seven brave supporters went home bald!

The following year, in 2012, AmWINS brought together eight senior insurance executives from seven companies in three countries to form “Expired Coverage,” shaving together as one team to raise money and awareness for childhood cancer research. Together, AmWINS employees and supporters raised more than $890,000, and became the top fundraising event in St Baldrick’s history! In total, AmWINS has raised more than $1.1 million to support lifesaving research for children with cancer.

Get your company involved! This summer, trade in those heels and suits for sandals and tees. Learn more about Casual to Conquer. 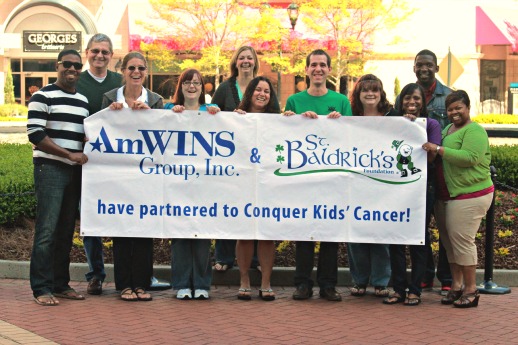