Once upon a time, in a faraway land called Alaska there was a sweet princess who loved to dance, sing, and giggle. She walked in a swirl of magic, was brave, kind, and full of joy; everyone who knew her adored her. A night for her may have been dark, but it certainly didn’t hide her shine. She battled a monster named ATRT and was known throughout the land as Danica the Brave. This is her story. 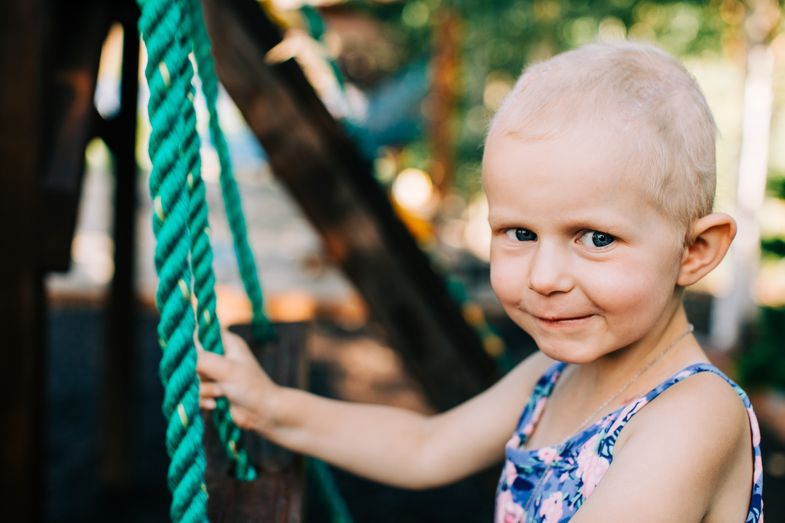 Diagnosed at 21 months old, Danica was rushed into surgery to remove the golf ball size tumor from her brain — an atypical teratoid rhabdoid tumor (ATRT). An aggressive protocol of six months of chemotherapy, thirty rounds of proton radiation, and three stem cell transplants followed. And she became the first child with a high-grade tumor to receive laser ablation instead of brain surgery, for its minimally invasive benefit. After she completed frontline therapy, Danica was able to go home to Alaska, to the house her parents built, surrounded by the railroad trains her father engineered. 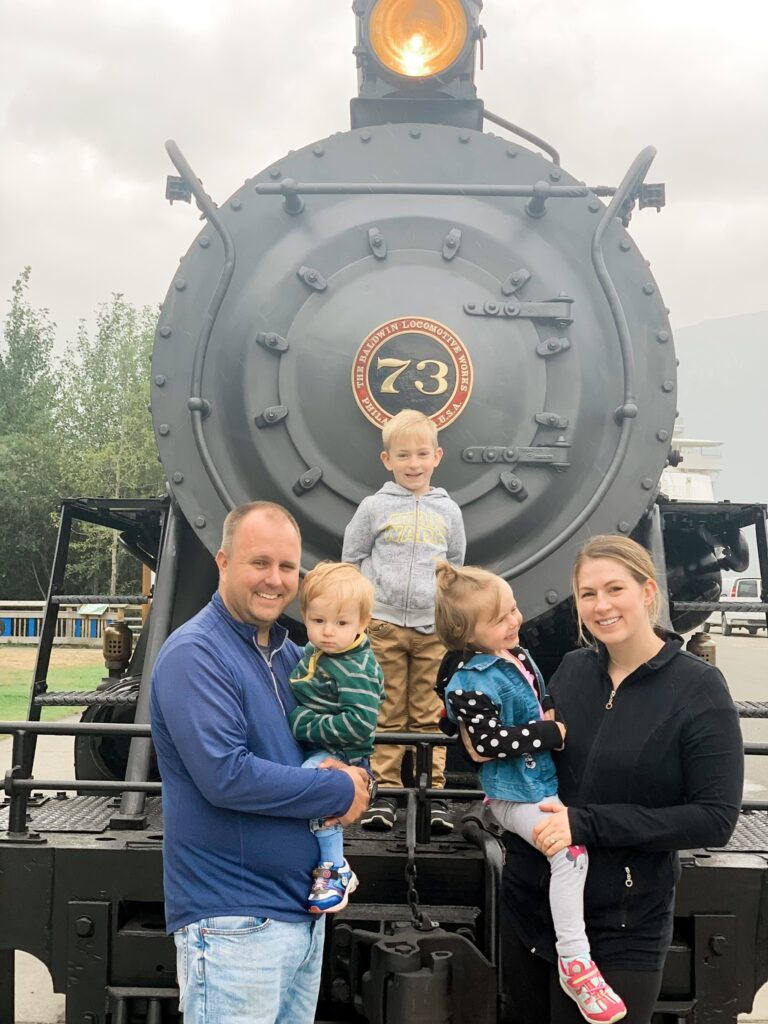 But the development of serious symptoms forced her family to relocate to Washington for treatment at Seattle Children’s Hospital. Danica had surgery to remove a portion of her brain’s temporal lobe and became the first child to enroll in a clinical trial involving Tumor Paint. Shortly after surgery, her family received the worst possible news. Danica had recurrent ATRT. One major treating hospital told the family, “There are options, all of which you are pursuing, none of which are curative.” 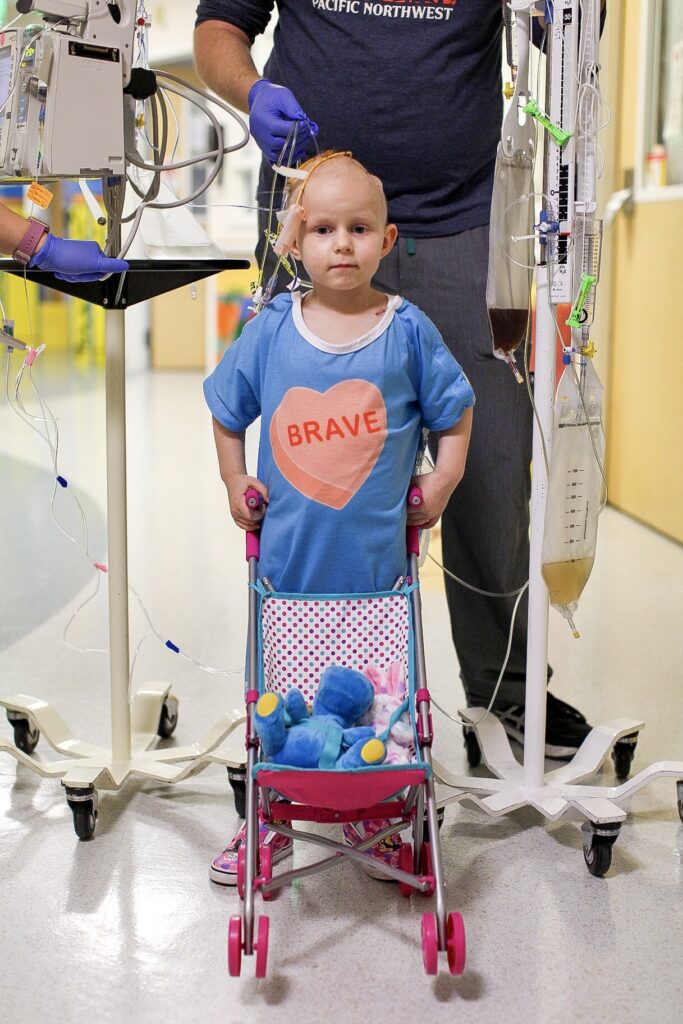 More intensive treatment followed, more hospitalizations and surgeries, more medications. Yet Danica remained strong in her faith and steadfast in her joy. With few options left, she returned home to a neighborhood parade and the beginning of a season of making memories — birthday celebrations, Christmas, a family trip together. On March 11, 2021, the brave princess passed away in the arms of her parents at the tender age of five. 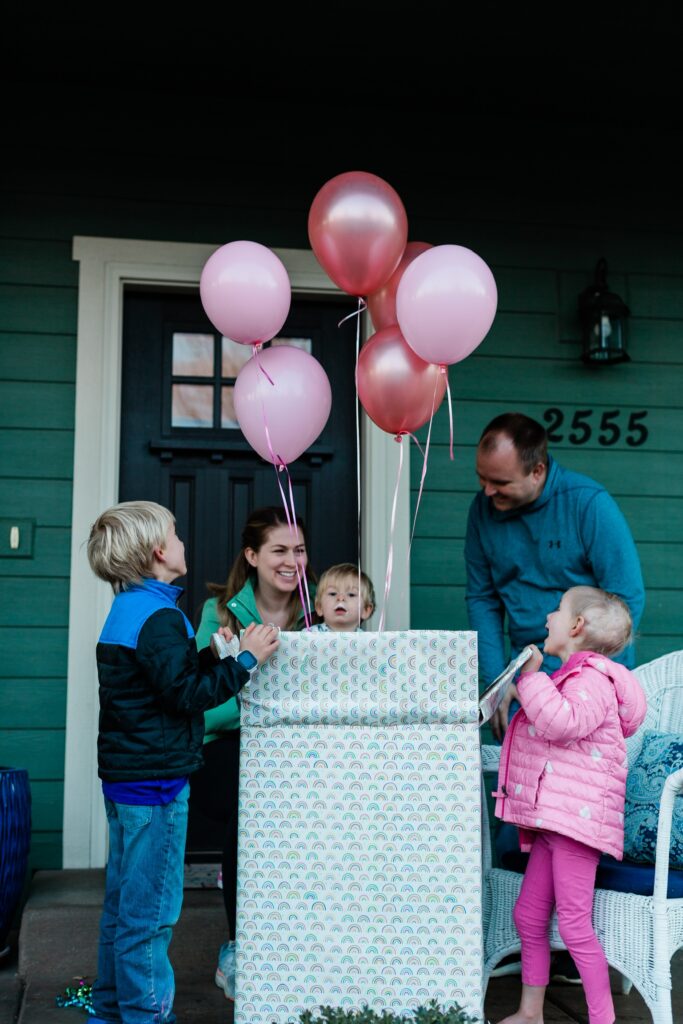 Danica was thrilled she was going to be a big sis and chose the middle name of the sister born five months after she died. Although the two never met, Mercy Rose will learn of Danica from their big brothers, Hawkins and Harrison. She will know of Danica’s love for princesses, especially Elsa from the movie “Frozen,” how she loved to go train watching with her dad, and that her favorite foods were sausage and oatmeal. She will hear stories of Danica’s love for people, her irrepressible joy, and her loud, exuberant zeal for life.

And Mercy will know, because of her story and the hope it inspires, that her sister, Danica the Brave ultimately conquered the monster.

Help Give Kids With Cancer A Lifetime