In March, one of our longest running head-shaving events — a collaboration between the Los Angeles Fire and Police Departments — returned for the 14th year in a row. Read on to learn about the VEOs behind the event and to see some fun photos along the way. 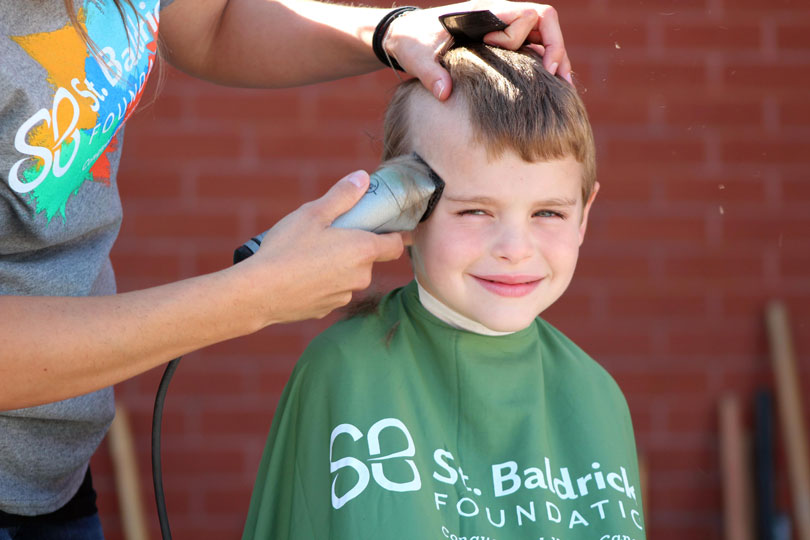 Danny Wu was a young firefighter at the LAFD, and he heard from his captain that an event was being organized to raise money for childhood cancer research.

Meanwhile, Greg Doyle, a Sergeant with the LAPD, was watching his youngest son go through treatment for pleuropulmonary blastoma (PPB). Looking for a way to do something to help, Greg asked to join the event. 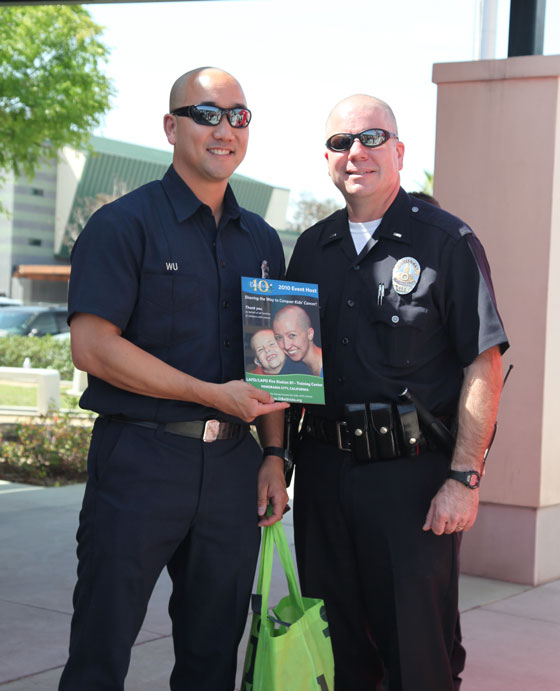 “That helpless feeling you get when your kid is sick is really hard, especially for a first-responder — someone who is used to solving problems,” Greg explained. “And you can’t. The only thing you can really do is help raise money for research.”

With that, the LAFD/LAPD Hollywood event was created.

Their humble first event brought in just under $30,000, but it has now grown into an annual celebration, with this year’s donations bringing the event’s combined totals over the years to the $1 million mark!

“It’s a lot of work, and we get tired,” Danny said. “But once you see how happy everyone is, and seeing all the money come in to the foundation, it’s pretty exciting.”

To extend their dedication even further, Danny and Greg have gone bald 15 and 14 times respectively. 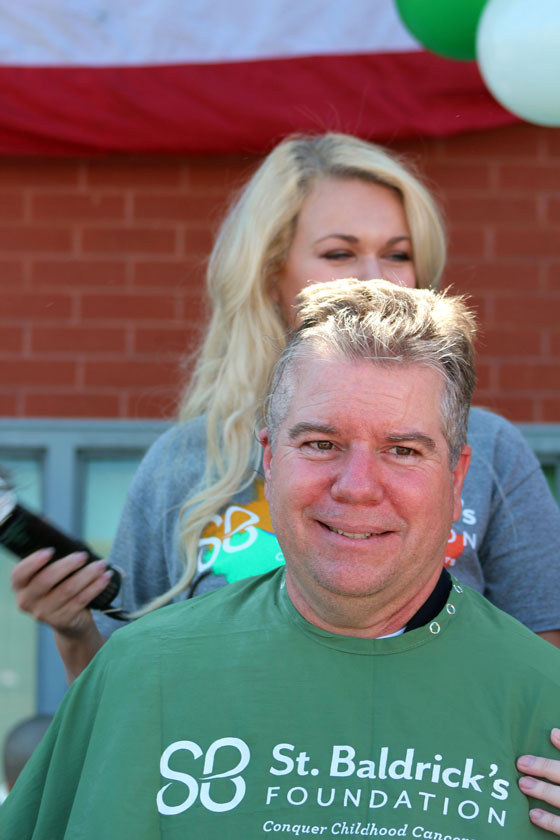 “I like the idea of working together against the nasty disease that is cancer for kids,” Greg said. “We work together often in ‘the real world,’ so working together for this is a natural extension of that.” 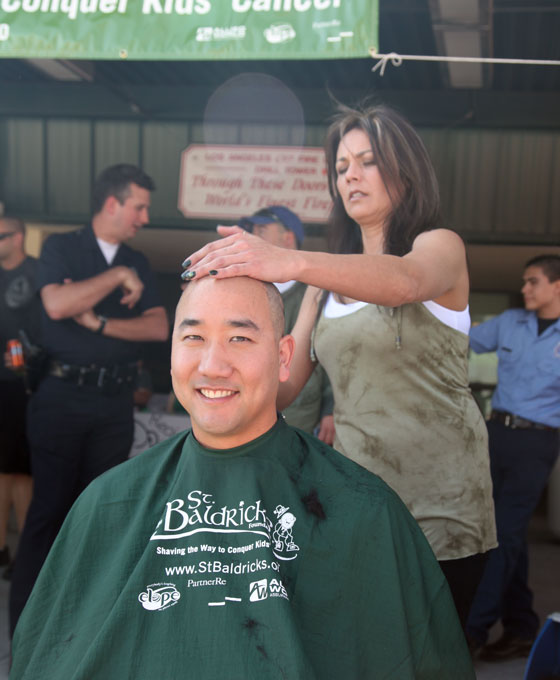 Over 100 other shavees went bald to show their support for kids with cancer — all while having a blast. 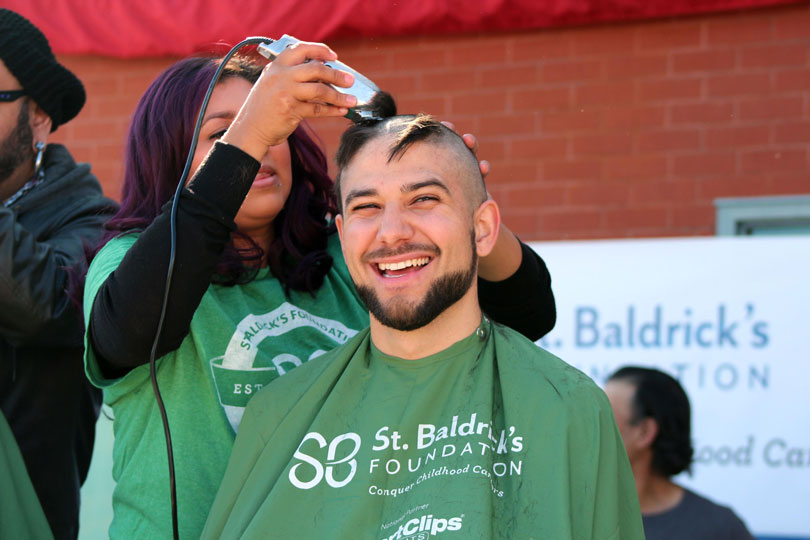 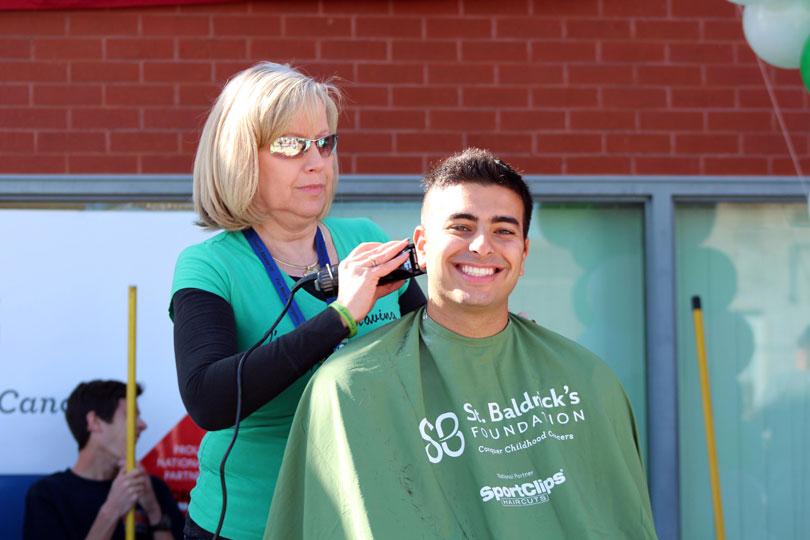 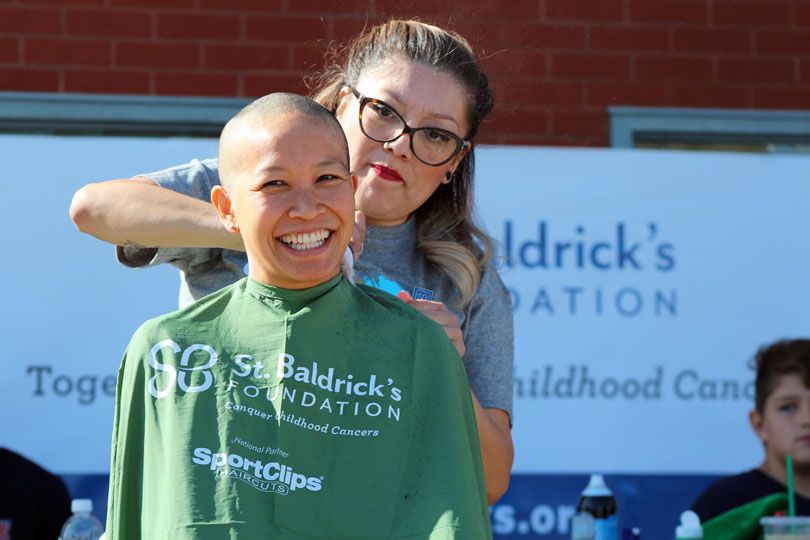 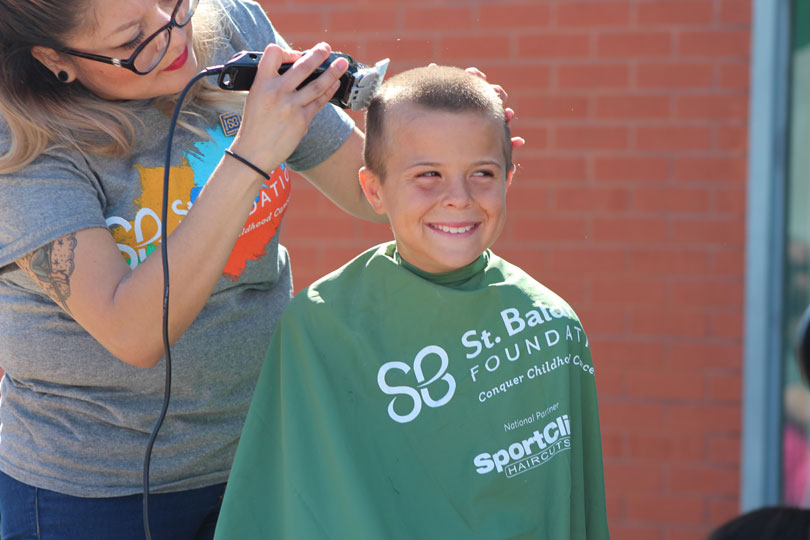 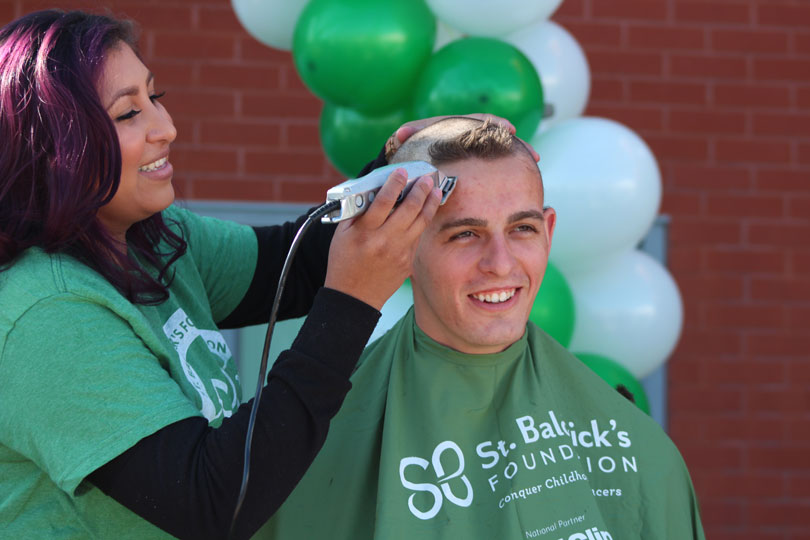 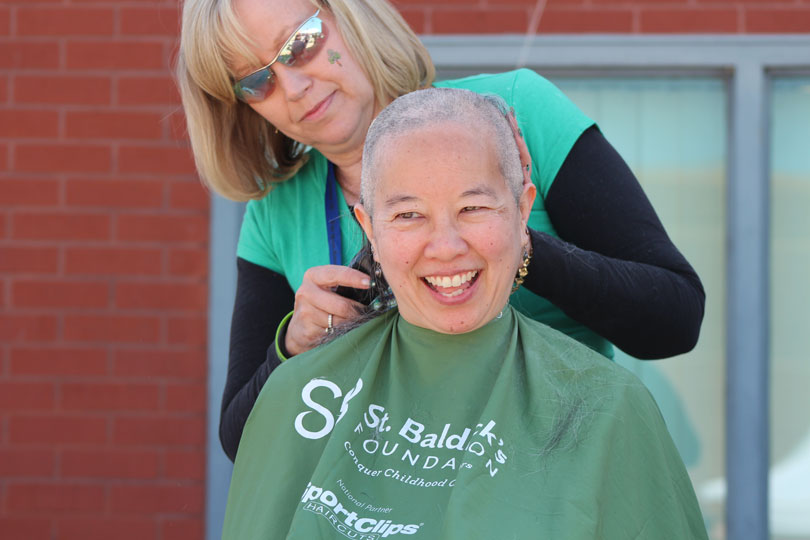 “My favorite part of the event is seeing the kids every year,” Danny said. “It’s not so much about the accolades we get from people, but it’s amazing to see the kids and the families that show up.” 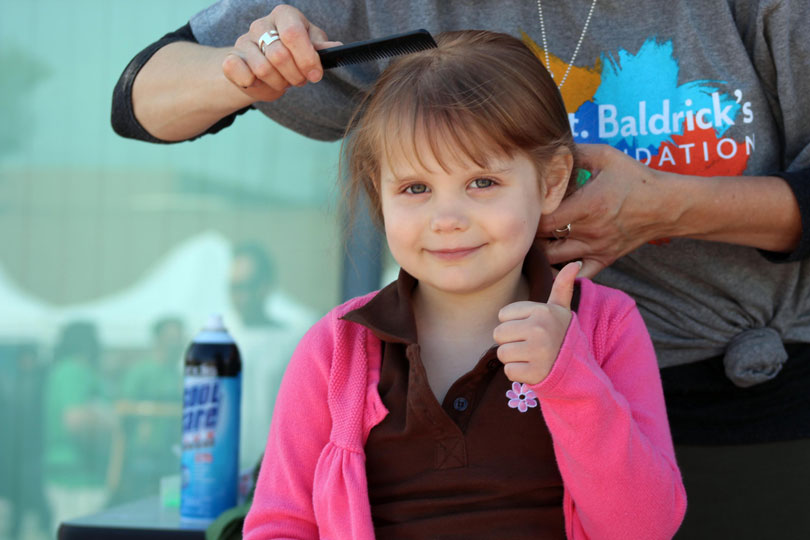 Honored Kid Hazel was all smiles as she stood on stage, clippers in hand, eager to see her brother Micah go bald for kids just like her. 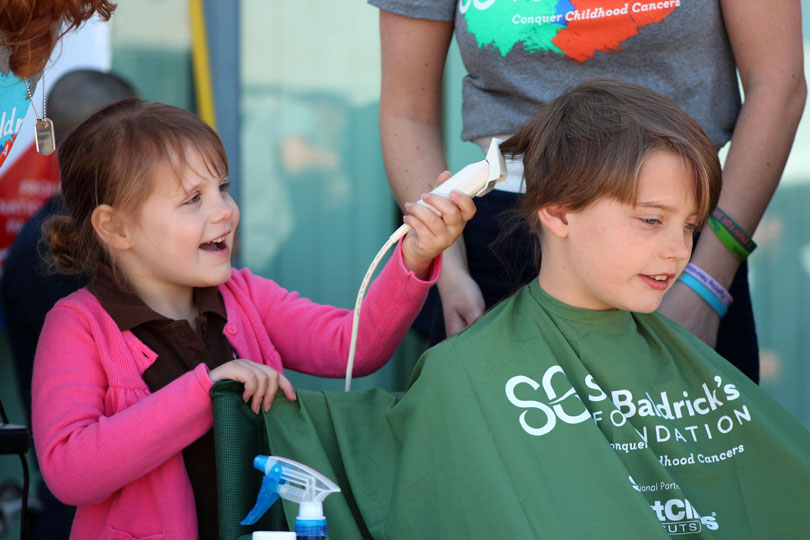 Participants at the event enjoyed another special guest on the stage: Angeline-Rose Troy, a Los Angeles-based actress and producer, showed up to give her support as a celebrity barber. 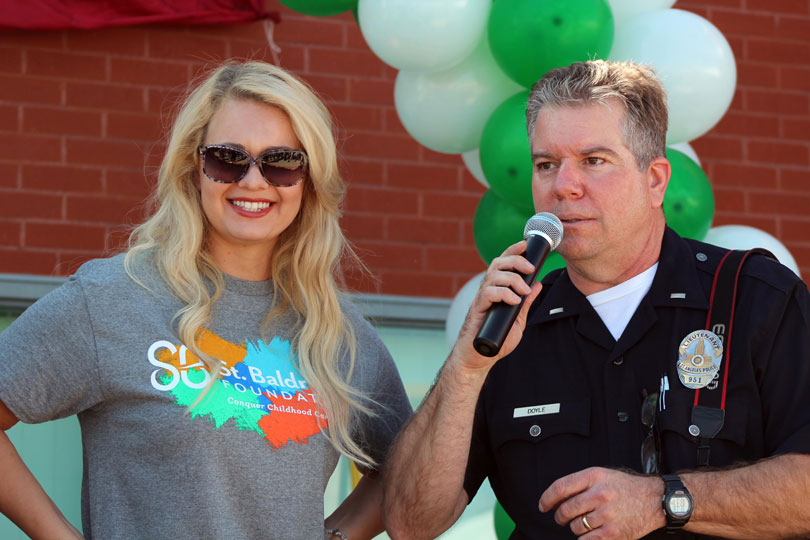 This event embodied all the heart and passion of St. Baldrick’s — the shavees who bravely went bald, the Honored Kids who helped make it real, and the volunteers who brought it all to life.

“It’s important to give something back to society,” Danny said. “Learning from St. Baldrick’s that not enough money is going to childhood cancer research, compels me to act and do something about it.” 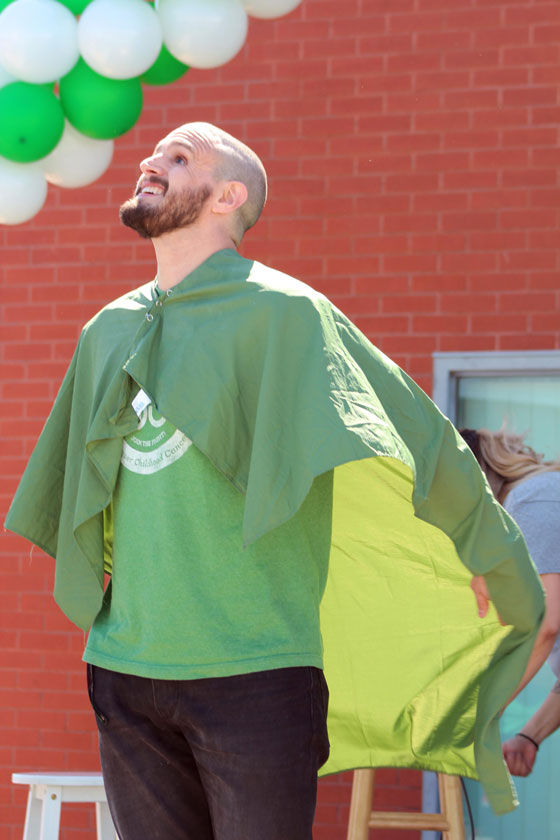 You can do something to make an impact for kids with cancer. Get involved with St. Baldrick’s today.