As Father’s Day approaches, Ambassador Sam’s dad, Michael, remembers his son and how he inspired him to be the best dad he could be.

Michael with his two oldest sons, Sammy (left) and David, in August 2013.

Father’s Day has never been that important to me. I don’t really believe in Hallmark holidays when we should appreciate the people and parents in our lives every day. All I know is I try to be the best father I can be, and some days I succeed and some days I fail.

Sammy was diagnosed with cancer on June 12, 2012. For 17 months all I could focus on was Sammy when he was in the hospital and my other children when I was home, and maybe my wife those few days we were at home at the same time. My entire family — my wife, my brother, my mother, my in-laws, and our entire extended family — all pulled together to create as normal a life in the most abnormal circumstances we’d ever been faced with.

I think about Sammy and his life and what his life could have been like every day.

Sammy was the greatest baby. It was such an honor to be his father. He was so incredible that Yael came along 16 months later because we thought we could duplicate Sammy (and we were mostly right).

Sammy pushed me to be better on my best days, and pushed my buttons on some of my worst days, and yet he inspired me to always be the best father I could be.

Sammy made cancer look easy. He made the fight seem like he had a bad cold. He made the best of any day, any situation, by making it fun and finding something exciting to do, even when we were quarantined in his hospital room for a month. 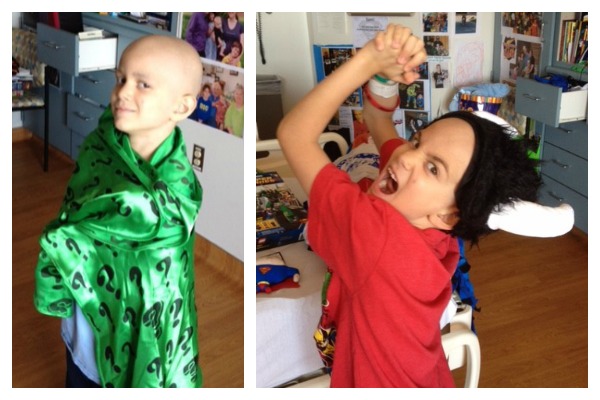 Sammy goofing around in his hospital room.

Sammy was a warrior. He made me wish I had his strength and his determination. His life and death forced me to look inward and figure out how I could be the dad he and my children deserve.

People say “everything happens for a reason.” I hate that phrase. Tragic things happen every day. Children die from pediatric cancer every day.

What we can do with the tragedies in our lives is find a reason to carry on afterwards and choose to make a difference in this world.

Sammy and my children are my inspiration to live every day as if there are no other days. 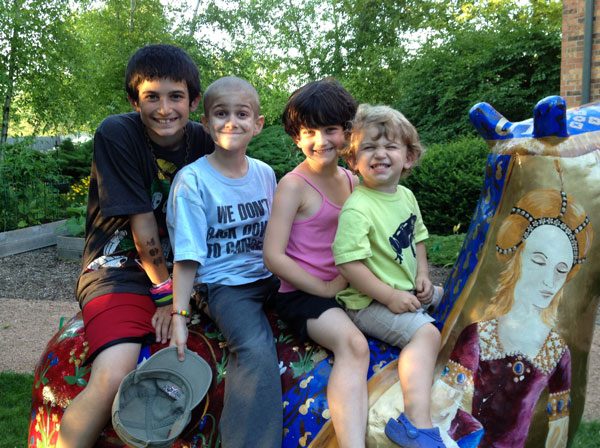 I swore once to give Sammy 10,000 kisses on his head in my lifetime because I loved kissing his keppe so much. Every day, every chance I had, I kissed his little head as many times as possible.

He never knew I had a number in my head. He just knew I always kissed his head.

A few nights before he died, Sammy said to our oldest son, David, “Dad’s kisses on a bald head are the best. You should try it.”

It was one of the greatest sentences I ever heard him speak.

I miss Sammy every day. I hug and kiss my children as often as I can.

May Father’s Day always remind you of the best reasons you chose to become a dad.

You can help find cures for childhood cancers.